Weekend Warrior – Getting All Caught Up 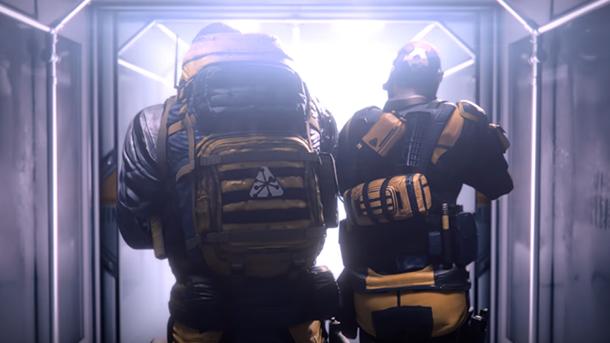 If this weekend was a condiment then it would be "catch up." Many of us at Game Informer are finishing the rounds on some recent games this weekend. Others will venture to other galaxies – whether they're far, far away or in the middle of Knowhere. We're also on a one-way trip to the top of hyping hills for God of War next week. Oh, and Kyle is playing Picross or something.

Jon Bowman (@MrGameAndWrite) – A couple of friends from back home recently got Xbox One's, so we're celebrating with a good ol' fashioned night of Hording. They're insisting on playing some Gears of War 4, and I'm okay with giving it another chance with my friends before I try to convince them that we should play Gears of War 3 horde for old times' sake. Regardless, I'm happy to reconnect with them by revving up some chainsaws. Other than that, I have a soft goal to play through Life is Strange: Before the Storm, before the God of War storm comes in next week. Also, Fortnite will probably be thrown in there at some point because reasons.

Ben Hanson (@yozetty) – Oh man, it's the freakin' weekend! I'm committed to finishing Ni No Kuni II this weekend. I'm in the last chapter and am really enjoying that game. Other than that, man I don't even know? Maybe play some Fortnite on PS4? You tell me, comments! Have a good weekend!

Kyle Hilliard (@KyleMHilliard) – I'm traveling this weekend, so I won't be doing much video gaming outside of handhelds. I'm hoping to get hooked into Owlboy, but knowing me I'll probably just play a bunch of Picross. I'm sorry.

Robbie Key (@RobbieKeyV) – I'm continuing my quest to re-watch all of the Marvel Cinematic Universe movies before Infinity War hits theaters at impossibly high hypes! From today until Sunday, it's Winter Soldier (THE best film in the MCU), Guardians 1, and Avengers 2, respectively. I'm mostly just glad I'm at a point where I've swept the boring, hot messes known as Iron Man 2 and first two Thor's under the rug. Other than that, I'll probably sob into my pillow knowing this is my last week interning for Game Informer. It's been an amazing ride, and I'm honored beyond words to write for the outlet and you, readers. If you're interested in keeping up with my adventures afterward, follow me on Twitter, check out my blog, and subscribe to my YouTube channel!

Brian Shea (@BrianPShea) – I'm kind of in between big games at the moment. I've finished Far Cry 5, and Yakuza 6 and God of War don't hit until next week. That means I'm probably spending this weekend playing clean-up of some older games. I've been meaning to play the Bayonetta games, and I just bought them on Switch, so that might be my weekend right there. However, I recently started a fresh playthrough of Dying Light. I forgot just how much fun that game is. With Red Dead Redemption receiving an Xbox One X patch, I've been contemplating another run to the wild west, but we'll see how my time shakes out. Oh... and Overwatch, of course.

Joey Thurmond (@DrJoeystein) – The family I'm staying with in Minnesota has five kids ... and they haven't seen the Star Wars prequels! Yeah yeah, they could go without seeing the first and second films, but since they're young, I'm sure they'll really enjoy them like I did when I was around their ages. Besides, Episode III is still one of my favorites despite its flaws. Other than that, I'll be pushing my way through God of War: Ascension, wrapping up A Way Out, and checking out Overwatch and Call of Duty: WWII's latest content updates.

Leo Vader (@leovader) – As always, I'll be playing Siege! I decided to start streaming it since I play it so consistently anyway, hopefully it adds a fun new layer to the experience! I'm leovaderdotcom on Twitch! I will also be giving the old interns a big wet kiss goodbye over some board games at Hanson's place. It's a tradition I really enjoyed during my internship, and it's fun to be able to continue participating because of getting a job here. Honestly, it's the only reason I accepted the position. Thanks Robbie, Jon, and Joey for three months of exceptional work!

Suriel Vazquez (@SurielVazquez) – I finally finished up the Curse of the Pharaohs DLC for Assassin's Creed Origins (which I recommend just for the places it takes you). I might move on the Metro: Redux while I wait for Exodus, but I might also keep my plate clear until God of War hits next week. And Dota 2! That game is real good.