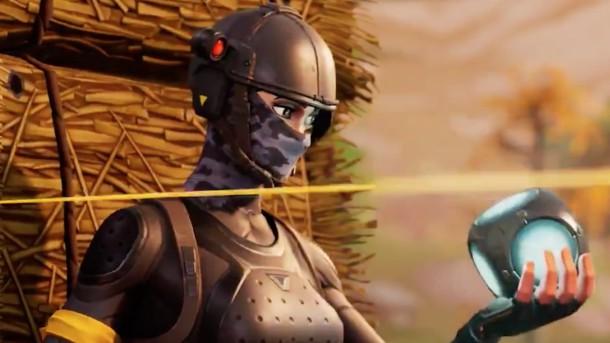 Following a recent update that brought a slew of features to Fortnite, including vending machines, Epic Games is continuing to bring new content to the popular title. Today, Epic announced that players can expect a game-changing item called the Port-A-Fort.

The Port-A-Fort, which comes in the form of a small grey and blue glowing cube, allows you to spawn an entire fort in the heat of the battle. It can be thrown like a grenade, and it then spawns an entire fortress that you can use to shield yourself with. This item was teased on the in-game bulletin board, and soon afterwards, Epic released a trailer. You can watch it below.

We don't know exactly when this item will be added, but it's likely to be soon. For more on Fortnite, read our debate where we decide whether PUBG or Fortnite is better.

Our Take
The Port-A-Fort could be a real game changer, giving players who aren't as deft at quickly building structures during combat an instant shield...if they're lucky enough to find one on the battlefield.