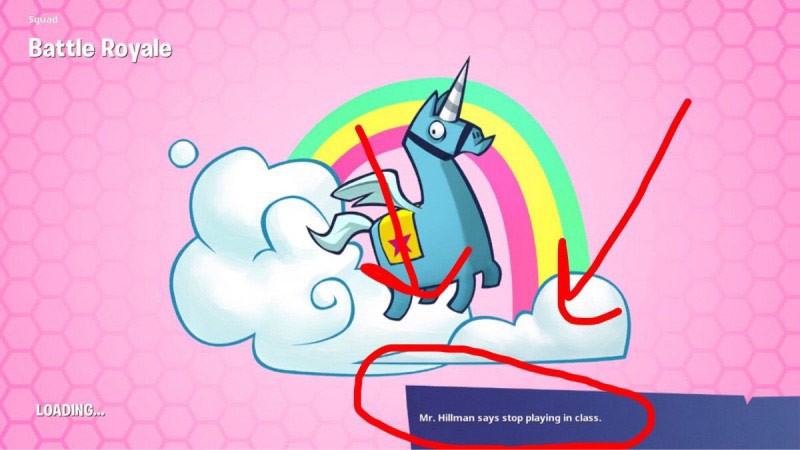 Fortnite mobile is making life hard for teachers as classroom after classroom succumbs to its spell. Now, Epic has a loading screen message about it.

The little message, which reads "Mr. Hillman says stop playing in class" has been added to the game's loading screen and was posted today by Fortnite's community manager K.L. Smith. It is a reference to a now-deleted Reddit post from the Fortnite subreddit which read:

Since mobile came out my students won’t stop playing in class. Idk if it’s possible, but I told them I’d write you and they didn’t believe me. Could you add this to the loading screen for a couple days to mess with them?

The post got comments like "Epic don't let his memes just be dreams" and "Just ban phone chargers in your class. Your students will only be able to play two games before their phones die and they’ll have to pay attention."

Our Take
Mr. Hillman won this battle, but I think the war belongs to the students.