Despite being a new studio, Midwinter Entertainment knows a thing or two about making multiplayer games. Staffed with former 343 Industries talent and veterans who have worked on the likes of Call of Duty, Battlefield, and Halo, the studio leadership has been experimenting with how players interact and compete with each other for years. Most notably, as one of the architects behind Halo 5’s Warzone mode, Josh Holmes is no stranger to mixing up player-on-player action with objectives that can let anyone contribute to their team. With its first game, Scavengers, Midwinter and Holmes hope to further blur the line between cooperation and competition.

Speaking with me at Midwinter's office located in Kirkland, Washington, Holmes bills Scavengers as a third-person “survival shooter co-opetition,” set in a near-future apocalypse in which a massive asteroid collides with the moon, shattering it and causing a new ice age. Years after the collision, you take control one of eight teenagers (across four classes, each with a male and female character to match), left to forage for weapons and resources.

This is where the “co-opetition” aspect comes in: As a match-based, multiplayer experience, Scavengers is about how you interact with fellow players, but Holmes says those interactions won’t always be hostile. When a team of players (Midwinter is currently toying with both two and four-person team setups) begins a match, they get dropped onto the same map as several other teams, but not every team receives the same objective. “Each team has their own beginning and end,” as part of a “super-session” within the game’s world, Holmes says. While many objectives involve completing bounties or eliminating certain targets only one team can claim, Holmes says depending on your objectives in a given match, you may be able to cooperate with other teams, leading to matches with multiple winning teams.

Matches aren’t as simple as starting at point A and heading for B, however. During a presentation, Holmes breaks down matches into three phases. First comes a building phase where players search for food and build up weapons in nearby areas in order to level up their characters (and allot points into skill trees). Next is a hunting phase where players encounter enemies, wildlife, and players as they complete their objectives. Finally, during the launch phase, those teams search for a place to extract all of the bounties and supplies they’ve gathered, defend that zone, then successfully exit the match. Holmes says the team wants to keep matches at around 30-45 minutes, which would each match to feel meaningful without being an intimidating time commitment.

This mix of teamwork and competition is key to Scavengers, and Holmes stresses the team wants to accommodate players across the multiplayer spectrum, from hardcore deathmatch aficionados to more group-minded players. While player interaction (and confrontation) is a core part of Scavengers, Holmes doesn’t want PvP to be the dominant rule of engagement. “The goal is to find the intersection of those experiences,” Holmes says.

Holmes also wants to keep each match fresh by creating a more lively ecosystem within its maps. As part of the crew that brought Halo 5’s Warzone mode to life, Midwinter is heavily invested in creating a huge area for players to explore and interact with in diverse ways. “Other shooters out there today, most of those are focused around PvP, inhabiting an expansive and empty and static world,” Holmes says. Midwinter wanted to ask themselves how they think about A.I., and how those could feel like they’re part of an ecosystem. Besides human-controlled opponents and huntable wildlife, players must contend with three enemy factions as they explore the frigid wasteland for resources. The Scourge is a mysterious, parasitic disease ravaging the planet, ripping apart docile wildlife and turning it into horrifying, undead monsters. Outlanders are human survivors who scrape by through hunting animals and wearing their furs, but aren’t exactly friendly. Finally, the Salient is a race of sophisticated A.I. utilizing high-tech gear. A game director A.I. then randomizes areas, enemies, encounters, objectives, and loot to make every match play out differently.

Propping up this ecosystem are Unreal 4 and SpatialOS, a cloud-based development platform from publisher Improbable. According to MidWinter and Improbable, while most multiplayer game sessions run off a single dedicated server, SpatialOS allows developers to run their sessions through multiple servers, giving each session an extra bump in processing power. Using SpatialOS, Midwinter hopes to up the total player count of each match, run more sophisticated algorithms for its ecosystem in the background, and create smarter A.I. enemies, which could interact with each other and be more cognizant of their environment. That would normally use up more processing power than a single server could muster. As one of the early major projects using SpatialOS on a large scale, Midwinter is providing Improbable with feedback and improving the platform along the way.

Scavengers is still in its early stages – early enough that the team wasn’t ready to show us gameplay or even a float a release date (they definitely ruled out 2018). Midwinter is leading development on PC, with console versions to follow. Scavengers is built with player interactions in mind, so don’t expect a single-player campaign. And while the team doesn’t have firm plans on a release date, they do plan to factor in player feedback as early as possible. Whether this will be through early access, betas, or some other means remains to be seen.

Midwinter is still experimenting with several ideas about how to best instill the survivalist vibe they want to get across. While they said loot would factor in heavily, they’re experimenting with how player progression works between matches, how much players stand to lose should they die without extracting their supplies, how to implement hunger and thirst systems, and more.

Still, Holmes wants to stay true to the team’s vision of creating a harrowing world to survive in, and that means finding a balance between making Scavengers approachable and throwing adversity at players. “Historically there’s been this perception that if you create hardcore mechanics, it’s going to be somehow a turnoff for a larger audience. I don’t necessarily think that’s true,” Holmes says. While Midwinter isn’t trying to create something on the level of the hyper-realistic Arma series, “We’re not trying to shy away from the idea of having a learning curve.”

Scavengers isn’t the only game experimenting with the interplay between cooperation and competition. Holmes himself points to The Hunt: Showdown, Deep Rock Galactic, and Rainbow Six Siege as games doing interesting things in the multiplayer field. He’s confident Scavengers will stand out, even as developers continue to experiment with what socializing and confronting other people online means in games. “I think the way we’re approaching our combat, and the way we’re approaching the intersection of PvP and PvE elements of the game provides something new and different for players.”

Hopefully, Holmes and Midwinter can make good on that promise. 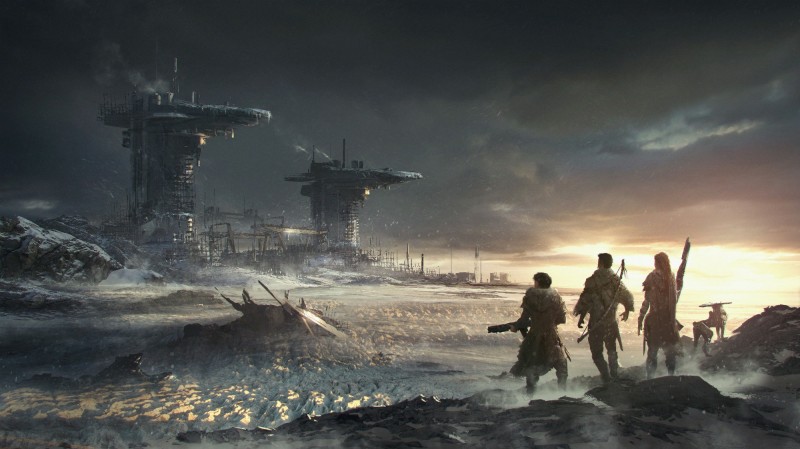 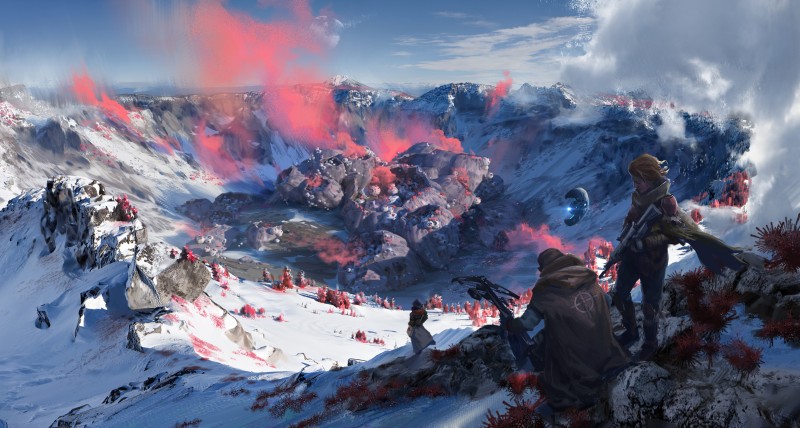