Free Trial For Watch Dogs 2 Available On PS4, Coming Soon To Xbox One Although fellow editor Elise Favis had some issues with the game, Watch Dogs 2 has more than enough promising plot threads and gameplay elements to make it worth a try, if hacking around San Francisco is your thing. And now, you'll be able to have that try free-of-charge without having to borrow a copy from someone.

Available now on PlayStation 4 and coming to Xbox One next week (January 24), the three-hour trial will give players access to all of the game's features, and any progress made within the trail period will carry over if they decide to purchase the full game, though achievements can't be unlocked. Players can also play online multiplayer or co-op, though those features still require Xbox Live Gold or PlayStation Plus. Because the trial includes everything the game has to offer, the download size of the trial will be the full size of the game (around 25-28GB, according to Ubisoft).

Our Take
It's a shame the trial isn't available on PC, but with as easy as something like that would be to hack, I suppose it's reasonable. Still, more games should do this; we seem to get fewer demos of games every year. 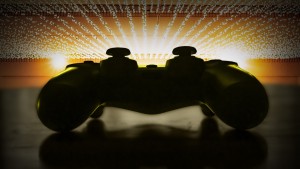