Update 2: Capcom has apologized for the delay, promising to improve its communication moving forward. The company has also narrowed down when Street Fighter V story mode and the next DLC character, Ibuki, will be out.

Both are now slated for the last week in June, but Capcom isn't making any guarantees that it will hit that mark. "We are doing our best to release the content in the last week of June," the company says. The company also warns that it may not meet a regular release schedule as it is prioritizing quality over deadlines.

Additionally, Capcom says developers are exploring reports of input lag. Given how serious an issue this is for fighting games, especially at the competitive level, Capcom will likely prioritize research and repair.

The company is also looking into additional methods to dissuade and punish rage quitters. "We know some of you are still not having the best experience online due to players who rage quit but we are happy to report that the latest solution has brought the amount of players who disconnect during matches down by roughly 60%," Capcom says.

You can read the entire blog post on Capcom's site.

Update 1 (May 31, 2016 @ 2:46 p.m. Central): Capcom has confirmed that Ibuki's release will not be arriving in May as originally intended. The character will launch later in June, alongside the Story Mode content.

The publisher explained in a series of tweets that Ibuki's release was met with "unforeseen delays." We've inquired as to the nature of these delays and will update should we receive a response.

We wanted to clear up the confusion around the release of Ibuki in #SFV. She will be released alongside Story Mode at the end of June.

We planned for her to come out at the end of May/beginning of June but there were unforeseen delays. Thank you for being patient.

Moving forward we will work to communicate information surrounding content releases in #SFV at a much more rapid pace.

We'll have a blog with more info surrounding the June content and other topics the community has brought up in the next day or so.

Capcom has released a gameplay trailer for its new Street Fighter V character, Ibuki. Check it out to see her combat in action.

Ibuki first appeared in Street Fighter III: New Generation and has appeared in a number of mainline and spin-off games since. In the trailer, she can be seen taking on Guile using a number of her special moves, including her V-Trigger, Isshaku Horokudama, where she throws a bomb at her opponent with several different detonation options depending on the direction thrown. Also shown in the trailer is an upcoming alternate stage of the Kanzuki Estate called Estate at Noon.

No release date has yet been given for Ibuki, but we've reached out to Capcom for clarification on a specific date and will update the story accordingly. Make sure to read our review for more on Street Fighter V. 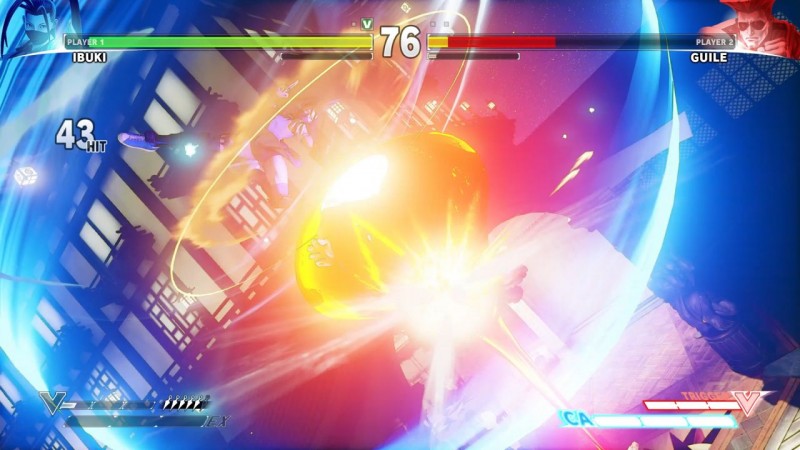 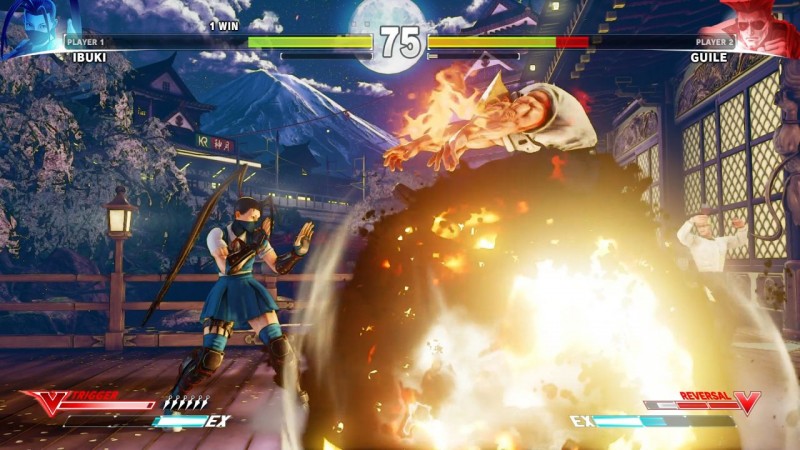 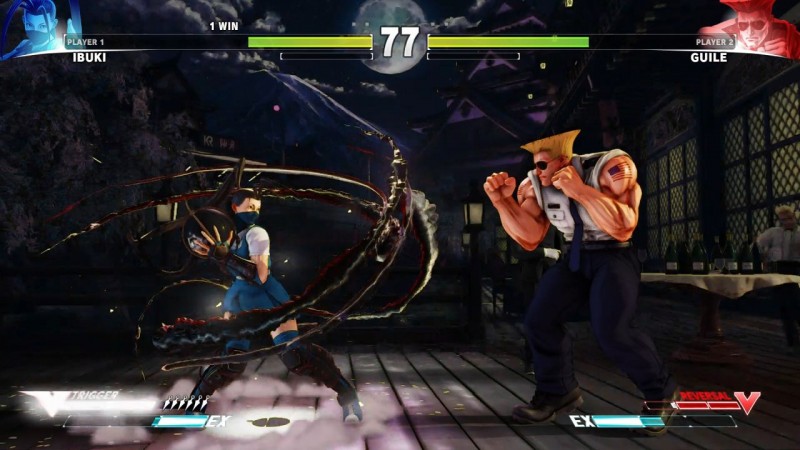 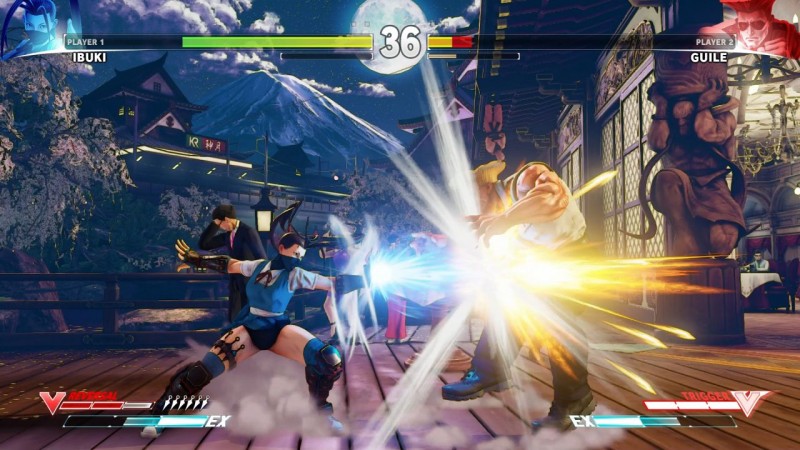 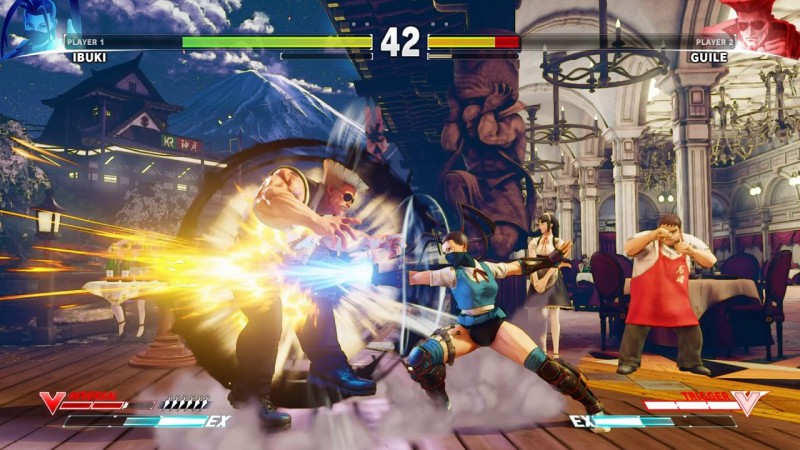 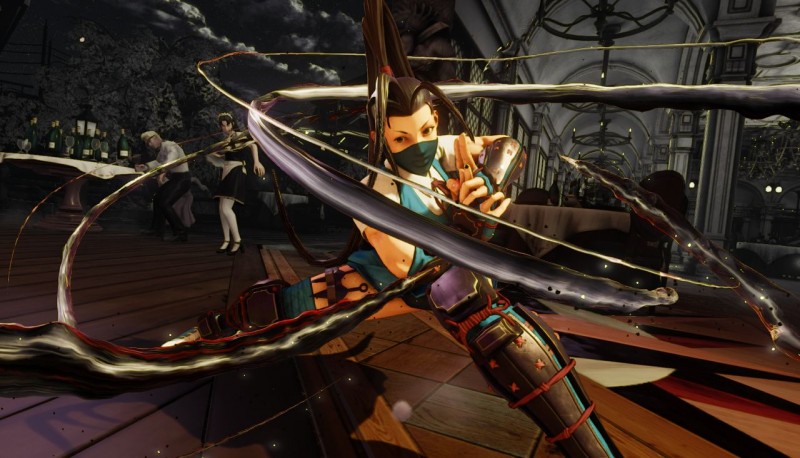 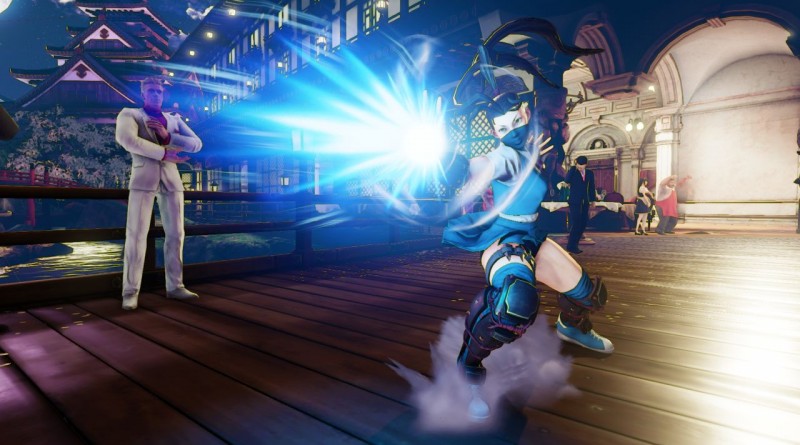 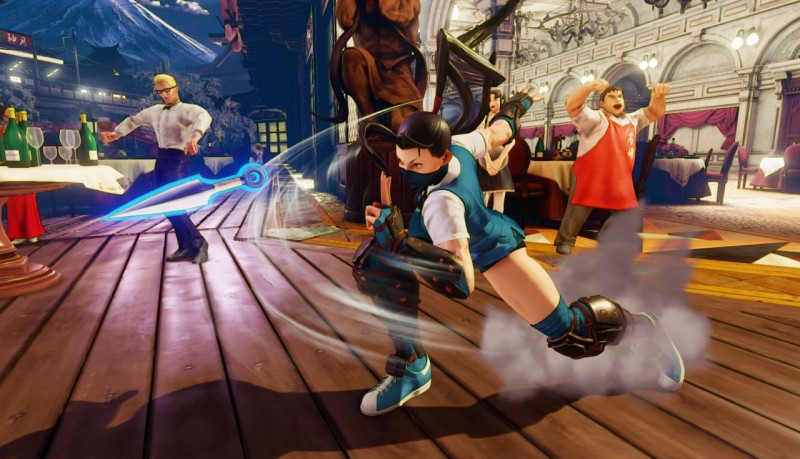