Valve's annual Dota 2 tournament The International will return to Seattle's KeyArena this year, August 8-13. The tournament has commanded the largest prize pools for a single event in eSports history year-after-year, fueled by community-powered compendium systems found within the game of Dota 2 itself, allowing players to contribute to the massive prize pool by picking up cosmetics and other (non-gameplay) perks. Attendees will be eligible for special loot drops that will only be given out to audience members.

Players can watch the games streamed live, and can even use the Dota 2 client to view the games while having complete control over selected casters and where they want to focus on the map. Last year's prize pool was over $18 million.

Last year's event featured 16 teams, with Evil Geniuses coming away with the win and a prize purse of over $6.6 million. While we don't have exact figures for last year's tournament, the 2014 International pulled in over 20 million viewers, with over 2 million concurrent viewers.

The International Qualifiers are scheduled to be held after The Manila Major, with Open Qualifiers kicking off June 21st and the Regional Qualifiers following on June 25th. Tickets go on sale April 7 via Ticketmaster. You can read up on exactly when via Valve's announcement.

Our Take
Tickets for this event often sell out in seconds to minutes, so if you want to go it would be wise to be prepared for the moment they go on sale. The event is a wild week of action, featuring top teams, amazing character picks and bans, "big plays" and the best Dota 2 competition around.

Having attended a few of these before they moved to the larger venue, it's also an amazing time to interact with the community and pros together in a celebration of all that is Dota 2. It will be interesting this year to see if this event's prize pool continues to surge, or if it plateaus or falls off. Just starting to watch Dota 2? Check out my handy guide to get the most out of your viewing experience! 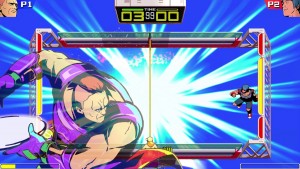