Pop Culture Shock Toys has unveiled a new 1:4 statue of Ken, one of the most well-known characters in the history of the Street Fighter series. The statue shows off his new look from Street Fighter V, meaning that if you won't get his traditional red gi with this collectible.

The standard statue gives you his default costume from Street Fighter V with a look of determination on his face. Pop Culture Shock Toys is also offering three exclusive variants. The Ansatsuken variant keeps the red and black color scheme, but gives you the option to swap out his face for a smirking expression. If you'd rather show Ken wearing his alternate colors, you can check out Pop Culture Shock's exclusive blue and pink variants of the statue. Both of those exclusive statues also come with the option to swap out Ken's facial expression.

If you'd like to see a full shot of each statue, scroll down to the gallery below. 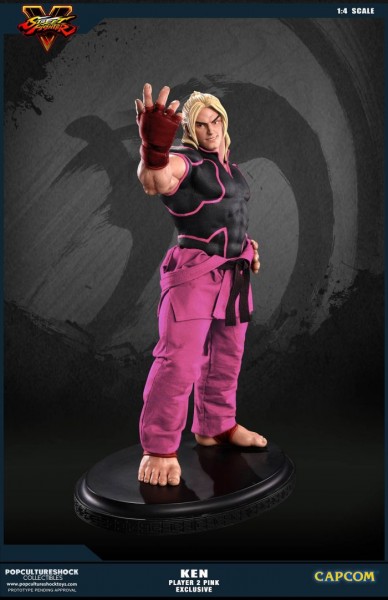 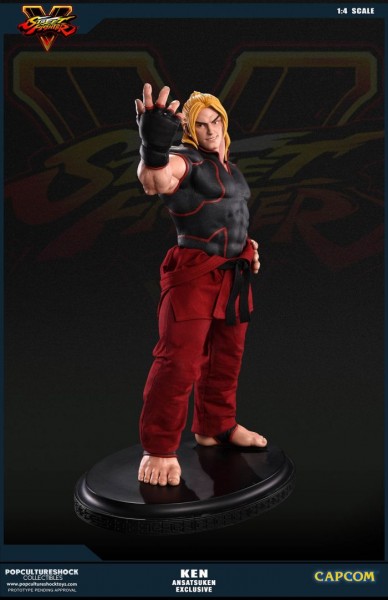 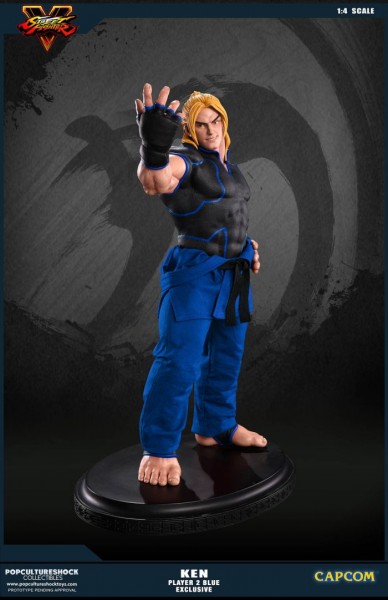 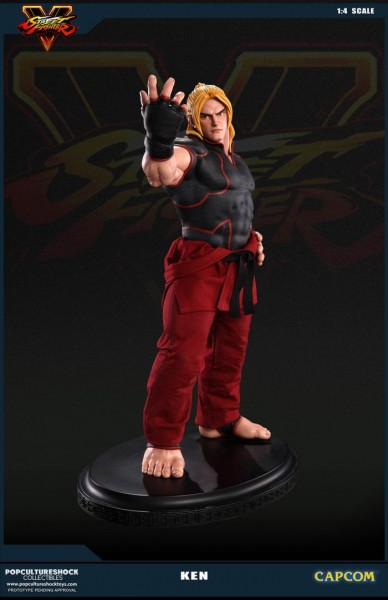