Back in March, we saw Ashes of the Singularity in action, and at that time there were over 5,500 individual units on the map at one time. This staggering figure is possible due to developer Oxide's all-new engine built specifically for large-scale real-time strategy games, the Nitrous engine.

The beta includes two playable races: The augmented descendants of mankind, the Post-Humans, and their mysterious A.I-powered enemies known only as the Substrate. Players can pick a side and engage in single player skirmishes, ranked multiplayer matches, or co-op play.

Beta 1 for Ashes of the Singularity is on Early Access for Steam and GOG. Stardock aims to launch the second beta next month with added mutli-GPU support and a new 3D benchmark mode, with the final game slated to release this Spring. 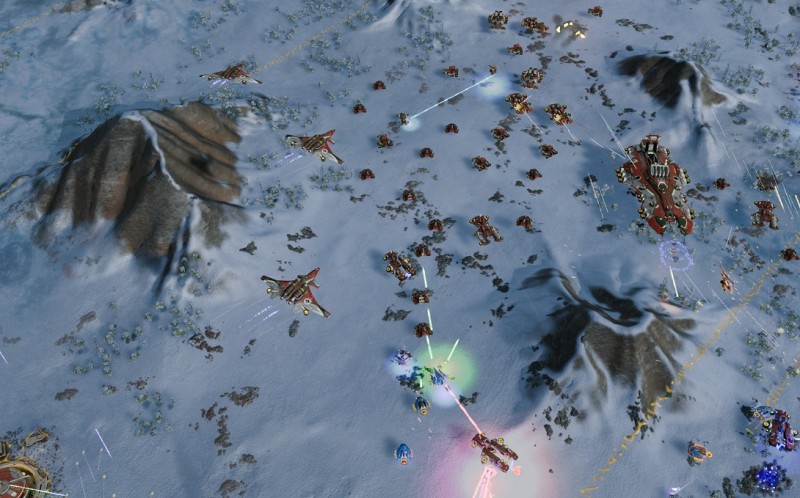