With establishments such as the Capbar restaurant and a Resident Evil-themed grill, Capcom is no stranger to the restaurant scene. They'll soon have another eatery under their umbrella in Japan with the newly announced Capcom Cafe, which is debuting with a Monster Hunter X theme.

Capcom Cafe is designed to “let visitors relive the worlds of Capcom’s games,” acting as an information hub for all things Capcom as well as a social destination for fans and non-gaming families alike. Demo machines will allow visitors to sample Capcom’s latest titles, in addition to the cafe-exclusive merchandise, stylized menus and decor, and game-themed food items. The restaurant will feature a rotating theme based on new games starting with Monster Hunter X, which launches in Japan on November 28.

Capcom Cafe is scheduled to open November 20 in the Aeon LakeTown kaze shopping mall in the Koshigaya, Saitama prefecture. Check out an artist's rendering of the establishment and promotional materials in the gallery below.

Our Take
As someone who's never been to these kind of places but has always thought they were cool, adding one more nerdy restaurant to the list is fine with me. These restaurants seem like a smart way to spread the word on Capcom products; Capcom fans get another dining option based on their favorite publisher, and the neighborhood economy is potentially bolstered by what could be a popular tourist destination. Everyone wins. 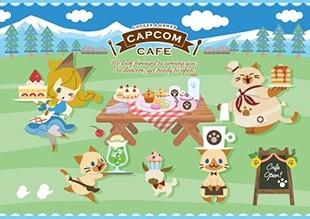 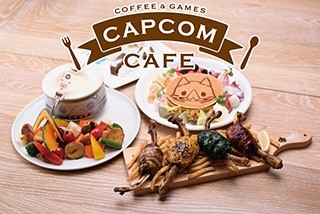 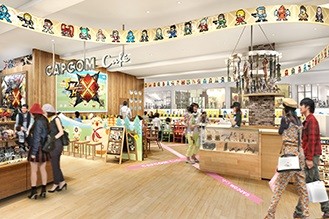