Sega announced today that it plans to cut a significant number of jobs in an effort to restructure its business. The company will also be departing its San Francisco location to relocate to southern California.

In a notice to investors, the company says it will solicit approximately 300 employees for early retirement, which will include related benefits. Cuts will not be limited to the early retirement offer, however. Other employees and contractors will be impacted.

Sega says that this measure will help it restructure into three business groups. The publisher will be refocusing its gaming business on PC and mobile, though not necessarily to the exclusion of console gaming. Sega now owns Relic and Creative Assembly, giving it a strong position on PCs.

Our Take
It’s important to note that in a news release, Sega says that the full impact of the layoffs won’t be known until they are complete. The 300 voluntary retirement solicitations are just the beginning, but with the closure of the San Francisco office and relocation, the numbers could be significantly higher. Contractors aren’t typically reported in layoff numbers either, though they are mentioned specifically in Sega’s investor note.

As for the prioritization on PC and mobile, it would be a mistake to assume that Sega is getting out of the console business entirely. Nowhere does the company suggest that, instead identifying it as a growth area.

Our thoughts are with those waking up to find out that they may be losing their jobs or asked to move their families. 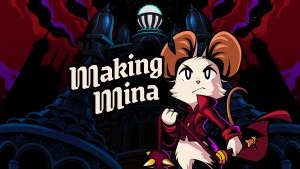