Developer Switchblade Monkeys has confirmed that its wild-west shooter Secret Ponchos won't be hitting its planned April release date. The game was originally slated to be part of the month's PlayStation Plus promotion, but Mercenary Kings has taken its spot.

That little switch inspired some players to reach out to Switchblade Monkeys, and the studio confirmed via Twitter that its release changed. The reason they provided was that they were spending additional time beta testing the game to ensure that it was up to snuff.

Our Take
Delays are never fun, but I doubt many of us would prefer to see an anticipated game release on time and have myriad problems. I've heard nothing but good things about Secret Ponchos, and I hope that this extra time gives the team the time they need to make it great. 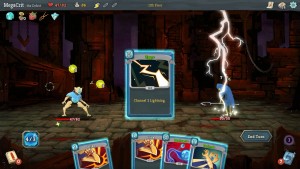