WB and NetherRealm have confirmed to Game Informer that Batgirl will be coming as downloadable content. We've got the first image. Multiple tips with photographic and video evidence have come in regarding future DLC for Injustice: Gods Among Us. The images and video below point to Batgirl as an upcoming character that will likely be part of the season pass offering.

The first confirmed character, Lobo, will be released on May 7, 2013. He was first shown over the weekend at C2E2.

Given that the downloads are failing, we don’t know anything else about how she’s different than the other gadget characters, and most notably Batman. When we attempted to replicate the steps in the video below, the glitch had already been corrected.

We’ve reached out to Warner Bros. Interactive for comment and will report more when new information is available.

Thanks to David for providing the images and YouTube user SFlip for capturing the footage. 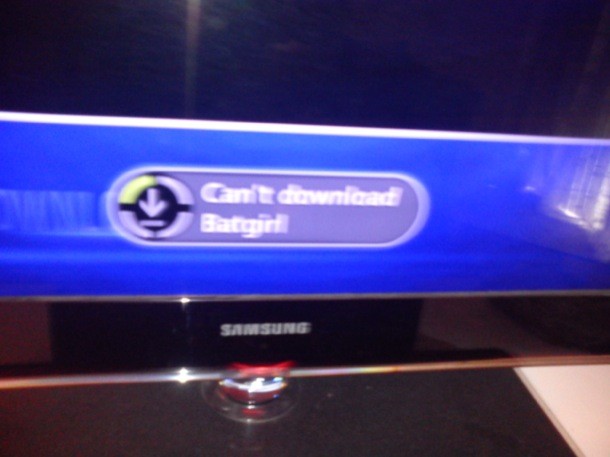 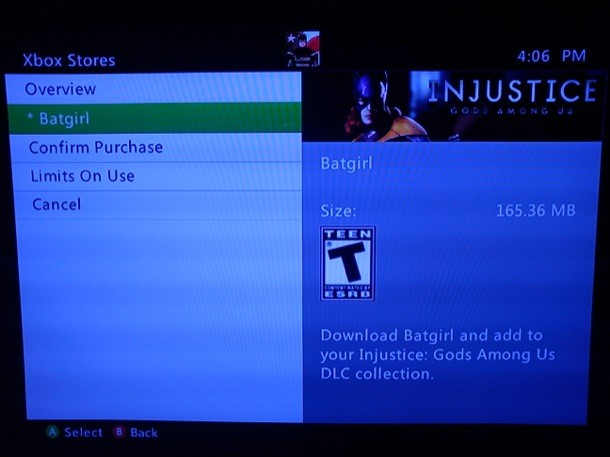