Fez released one year ago today and its creator, Phil Fish, reflects on its progress and reveals its sales numbers.

According to Fez's one-year anniversary blog post, to date Fez has sold 200,000 units on the Xbox Live Arcade. In the posting, Fish also comments on his reputation. Fish is an outspoken independent developer, and sometimes the things he says inspires others to raise pitchforks in defense of their own opinions.

"Suddenly becoming so loved and so hated by so many teaches you some humility. Or at least some things you didn’t know about yourself. I feel like a different person now. A much, much less crazy person. A much happier person. It’s been a fantastic year."

Fez is coming to PCs by way of Steam on May 1, but other than that, it doesn't sound like we will hear much from Phil Fish or his company, Polytron, any time soon.

"The success of the game is allowing me to take my time to consider my next move and spend years driving myself crazy trying to make something beautiful so you can run around in it. Something few of us can afford. Thank you for THAT."

If you haven't had a chance to check out Fez yet, we highly recommend that you do. 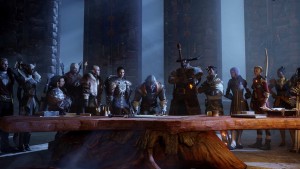