Unlike typical Kingdom Hearts secret endings, which only complicate the overall story, Birth by Sleep's wraps things up in a big, emotional, and incredibly nostalgic way.

Birth by Sleep's ending(s) is an overall emotional experience. But what makes BBS's secret ending, called "Blank Points," especially effective and momentous is that it attempts to wrap up the otherwise hilariously convoluted overarching story of the Kingdom Hearts series by tugging at our heartstrings and appealing to our nostalgia.

The particular moment we'd like to point out is when Ansem tells Aqua that there is a boy who may have the key to saving them all – and his name, as recited by most of the lovable (basically) dead characters in the series, is Sora. The next scene depicts Sora himself, contemplating King Mickey's post-KH2 letter, and committing to undoing all the tragedies connected to him and his adventures once and for all.

The (admittedly, long) scene is a chance for fans of the series to remember how far the games have come since their 2002 origin, and how, in a Square Enix world filled with angst-filled, crabby heroes and heroines, Sora, the series' main character, is a ray of shining, hopeful light – for in-game characters and for fans awaiting the next installment of the games alike. 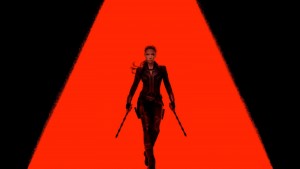