It wasn’t an announcement of a next-gen game, but rather an impressive technology demo of what Square Enix’s games will look like in the next generation.

After the show floor closed for the day, Square Enix shared a three-minute trailer on its huge screen of Luminous Studio, its next generation engine for creating video games. Yoshihisa Hashimoto, chief technology officer for Square Enix, repeatedly assured that the trailer we were about to see was in real time, and not pre-rendered footage. He said it at least three times through the course of his short preamble, but once the trailer began it was obvious why he was so adamant about his real-time claims.

The trailer begins with a detailed shanty town in the side of a mountain. A truck drives through the scene, passing a nearly toothless homeless man with likely the most technologically impressive beard that has ever been seen in a video game.

The trailer then cuts to a sanctuary high in the mountain where a priest and his presumed hooded followers are attempting to summon some kind of creature. Millions of red bugs swarm around blood and bones that seem to be gathering strength to come alive.

A group of AK-47-wielding, bandana-wearing militia men break into the sanctuary, disrupting the ceremony with gunfire. The priest’s followers return fire with electrical attacks. One of the followers pulls back her hood and begins attacking, revealing a feathery dress in the process. The priest is taken out in the gunfire, and the woman runs to him and takes a crystal from him.

The next scene shows the woman in the flowered dress attempting to outrun the soldiers in the shanty town, jumping from roof to roof as buildings crumbled below her.

We're then shown a separate scene of the soldiers injecting some kind of serum into a hyena, which suddenly grows in size and ferocity and sprouted what appeared to be porcupine quills.

The feather-dressed woman is able to outrun the soldiers. After taking some kind of potion, we see her in clear pain as bloody bullets are forced out of her body. The hyena pounces on her, and just as the animal is about to rip out her throat, the creature from earlier springs to life and flies to her rescue, destroying everything in his way in a impressive display of physics.

After the hyena is dispatched, the woman climbs aboard dragon-like creatures and flies away from the shanty town to reveal a gigantic futuristic city in the background.

After the impressive trailer Hashimoto showed us another video to prove that that trailer we just saw was in fact real time. He showed scenes from the trailer being manipulated by changing the hair color of the priest, playing around with lighting effects, and showing off the engine’s real-time beard rendering by giving the homeless man from the beginning instant dreadlocks.

After that, Hashimoto showed the trailer again.

It was a very impressive tech demo, and after watching it I can understand why Hashimoto wanted to keep reminding the crowd that it was real time. If he hadn’t, I certainly wouldn't have fully appreciated the true technological power. The trailer makes me excited for what the next generation will look like, and also makes me excited about what could be in store for Final Fantasy, if the trailer is representative of a future project.

Square Enix has promised to send us screens from the trailer, so expect to see this story updated with much better images soon. 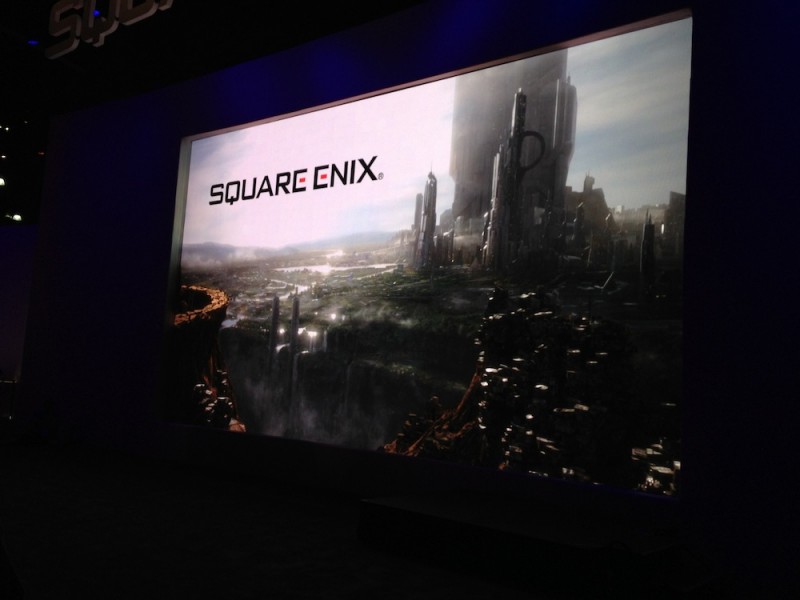 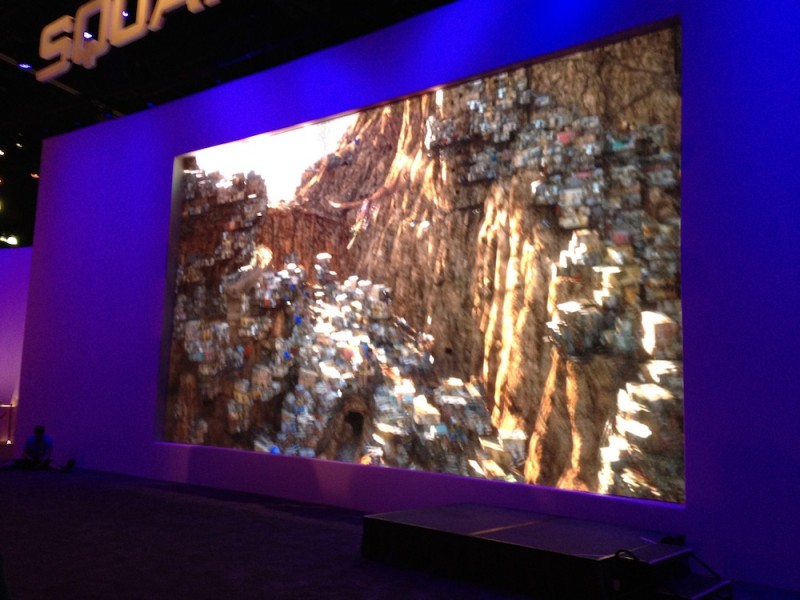 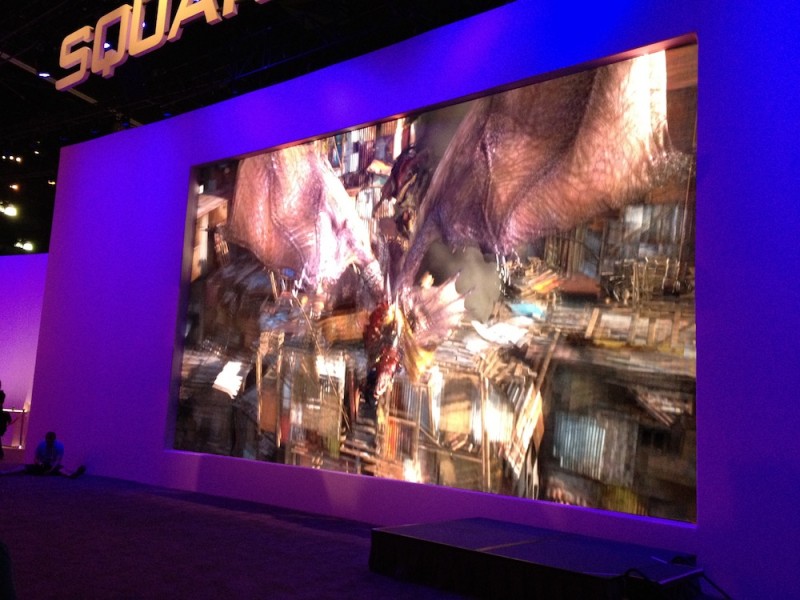 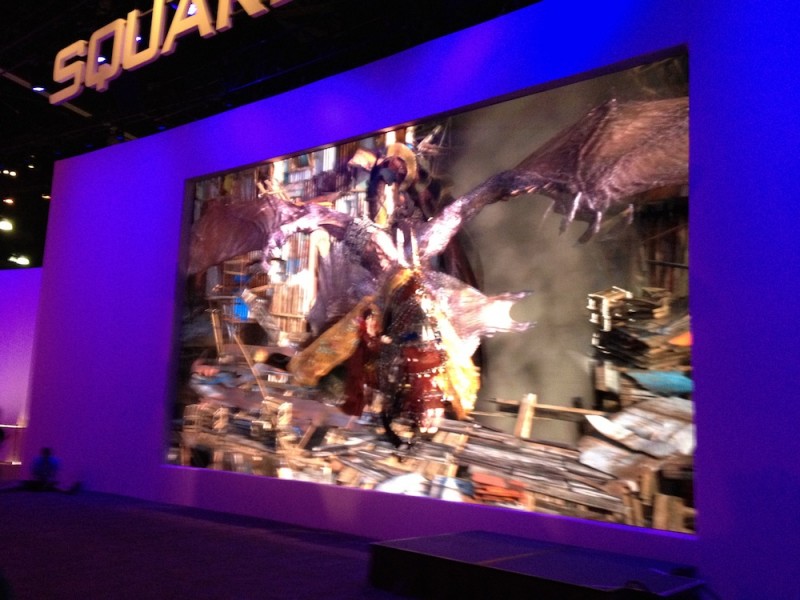 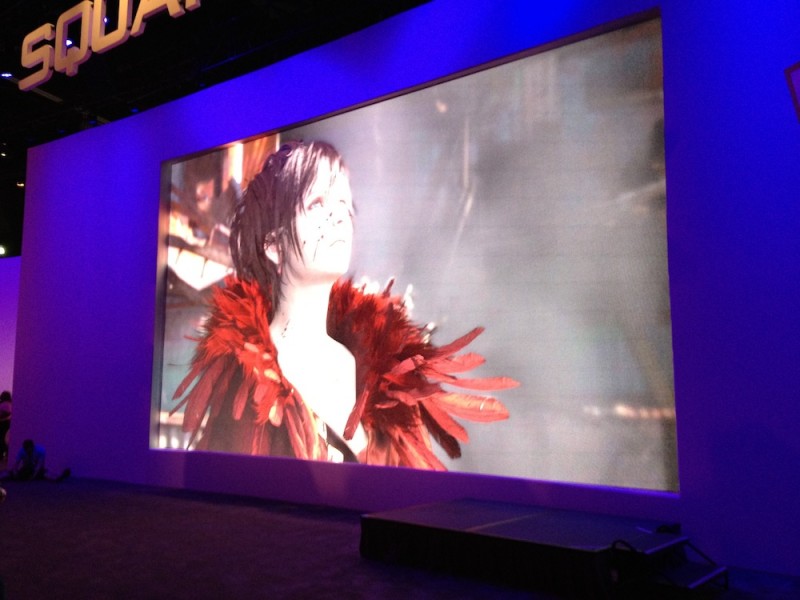 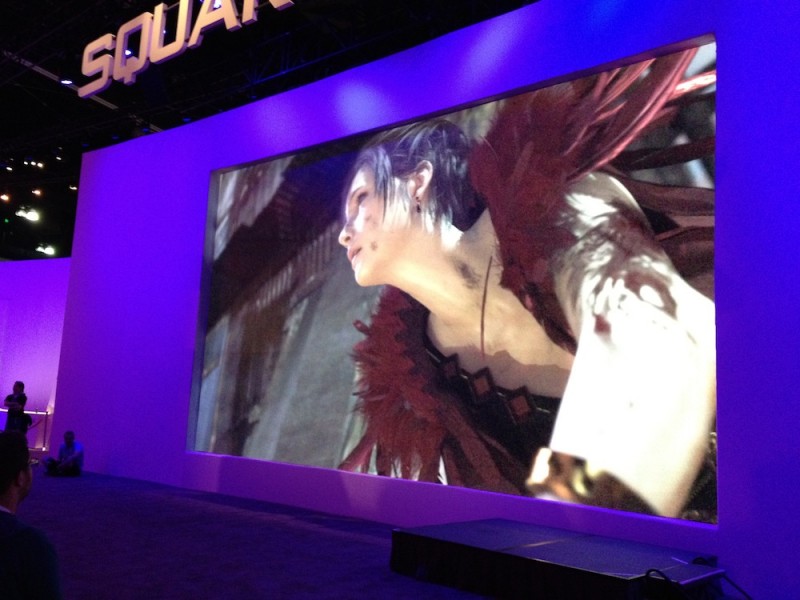 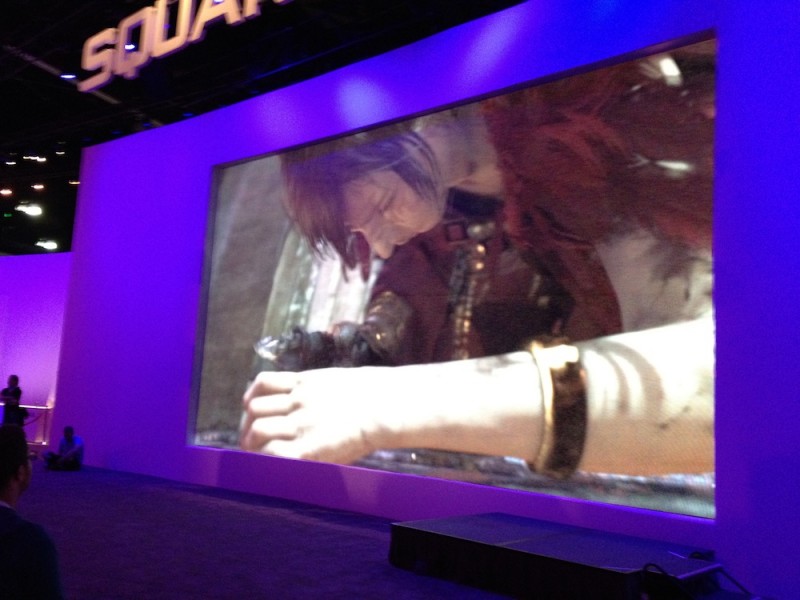 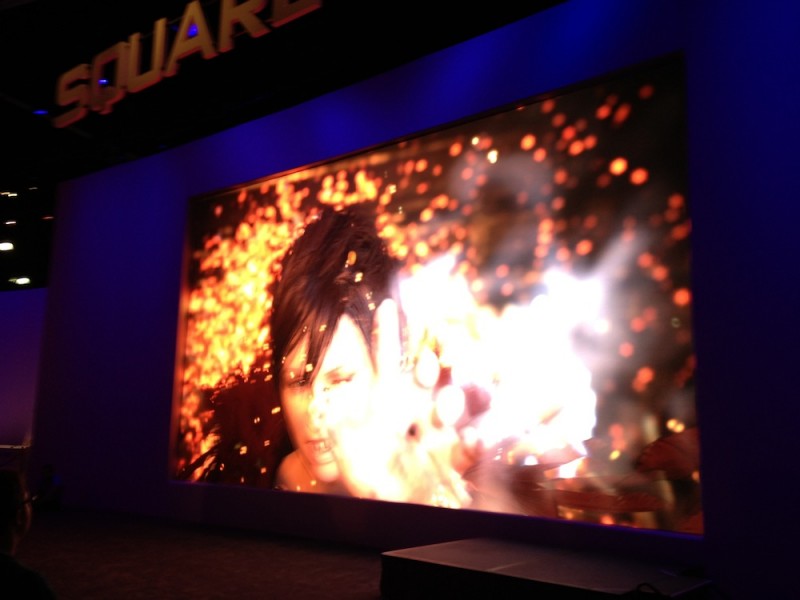 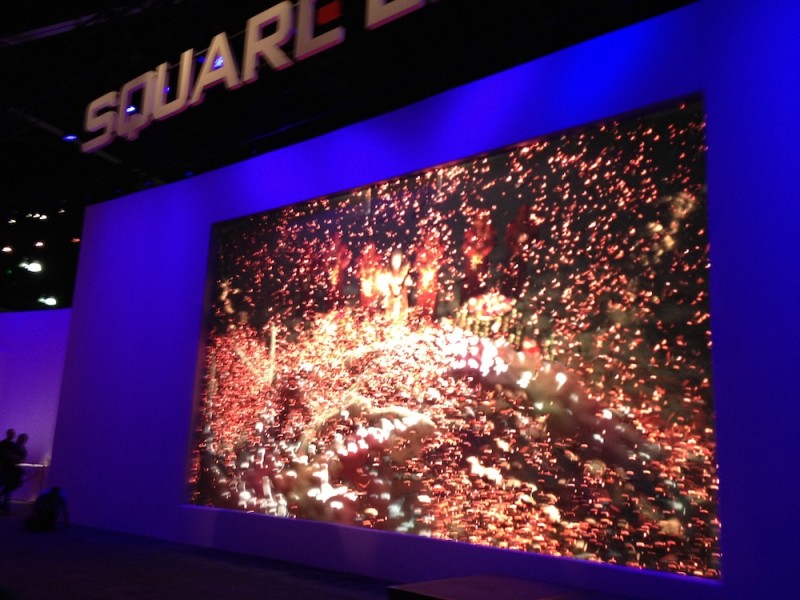 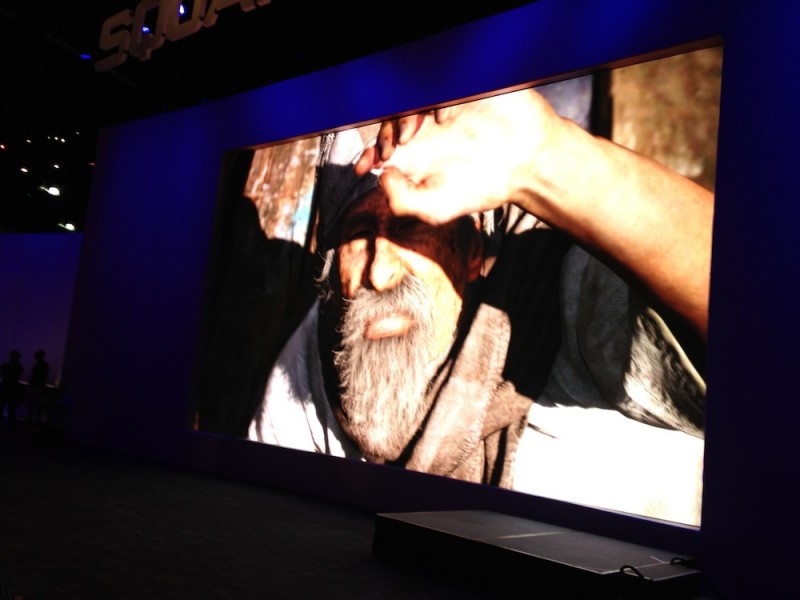 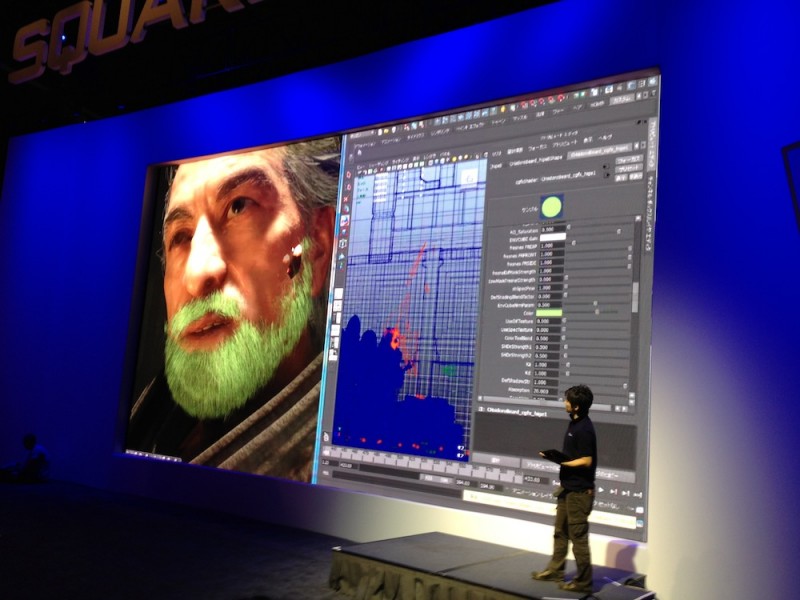 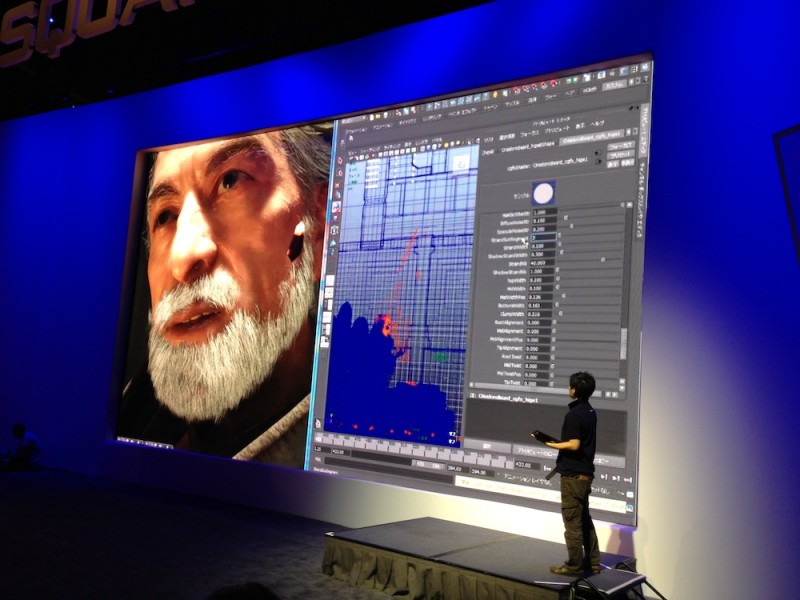 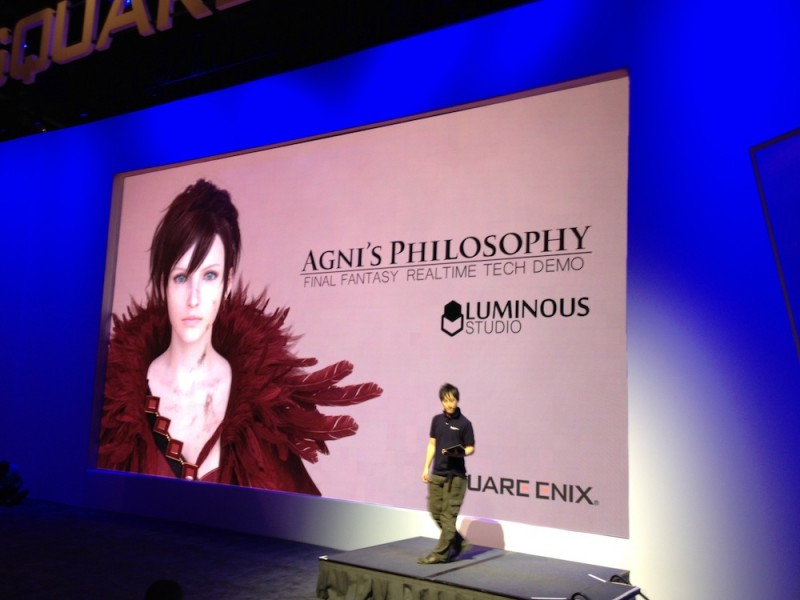 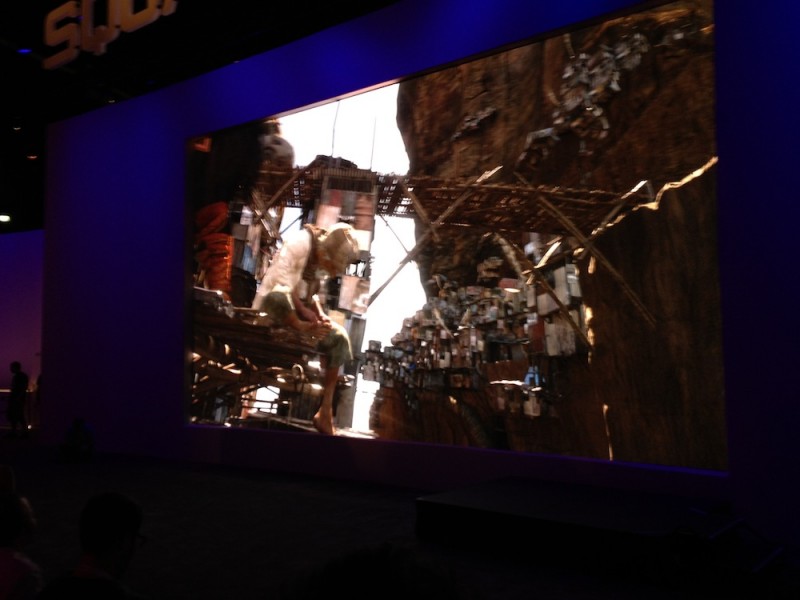 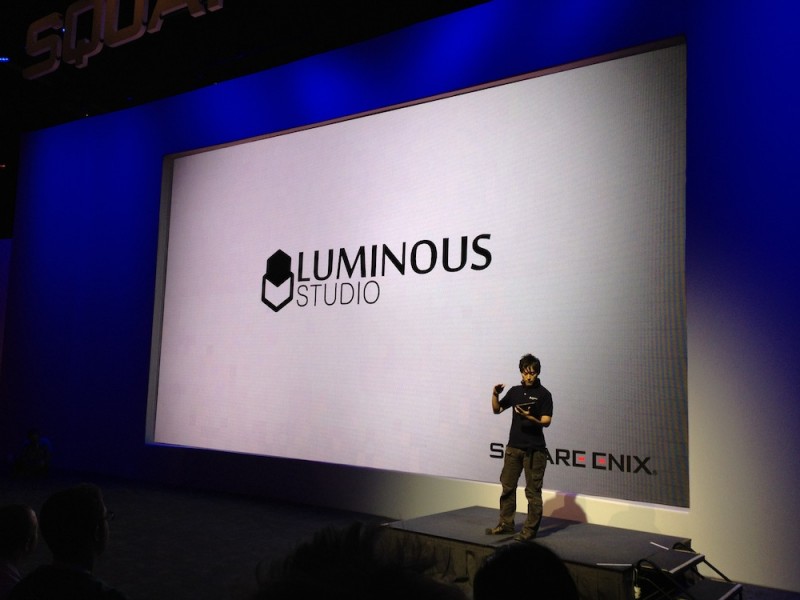