Sony came out of the gate with its God of War Ascension announcement showing co-op, but now we get a chance to see the single-player game in action.

The demo began with Kratos on a boat, immediately calling back memories of the first God of War. The boat docked on an island that seemed to be in the middle of construction of a large statue of some kind. You could see a giant stone arm in the background, as well as gigantic feet.

Before Kratos could even ask for directions, he is attacked by a bipedal goat creature, of whom he makes quick work. Kratos dispatched a few more goat enemies, taking out the last one by taking the enemy’s sword from him, slicing off his legs and stabbing him in the chest. That’s sort of Kratos’ thing: killing people with their own weapons. He does at least one more time before the demo is over.

After taking out the last goat person, the camera zooms into the distance to reveal some sort of tentacle creature in the ocean. The tentacle grabbed a boat out of the water and threw it at Kratos, knocking down a large structure next to him. Kratos activated a new super power, which seemed to repair the recently destroyed structure. It was unclear if Kratos’ new power was rewinding time just for the structure, or if was levitating the broken wood.

Kratos climbed the newly recreated structure, fought some more goat people moving forward until the tentacle creature grabbed Kratos and threw him down to a lower platform where he began a battle with a nondescript soldier with a glowing hammer. Kratos took the hammer from him and killed him with it. After a little bit of vertical climbing, Kratos met a bipedal elephant-man and proceeded to murder him.

The elephantine creature proves to be a challenge for Kratos, but he eventually dispatches him by ripping a hole into his head, exposing his brain and then stabbing him in it.

The tentacle creature then grabbed Kratos, picked him up, and threw him up into the air. Just as the body of the creature was surfacing, opening its gaping maw to devour Kratos as he fell towards his mouth, the demo ended.

God of War Ascension will be releasing March 12 next year exclusively for PlayStation 3. 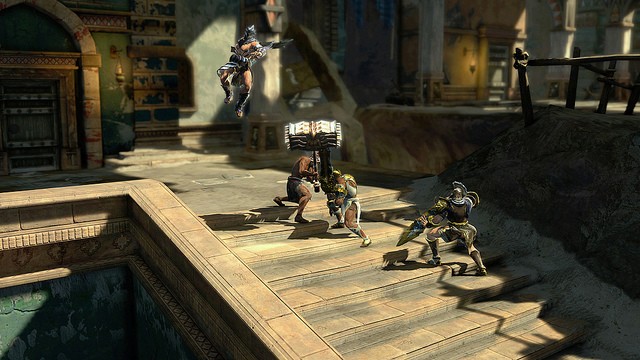 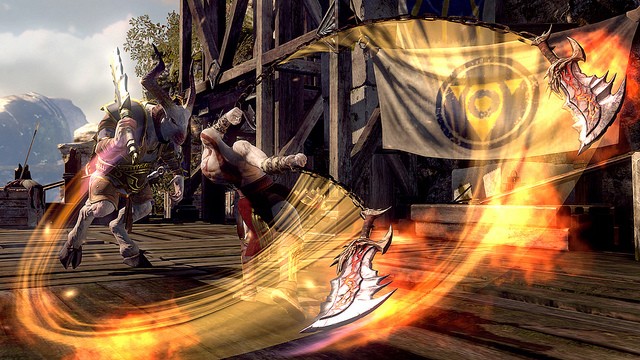 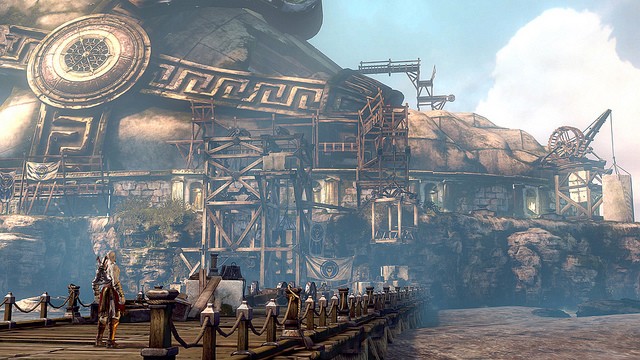