Treyarch’s Black Ops II marks the series’ first move into the future, but it also raises questions about the ongoing relationship between Activision and Infinity Ward. Over two years ago, details regarding the lawsuit began to appear publicly. One such detail stated that Call of Duty titles set after Vietnam would be exclusive to Infinity Ward. We recently obtained some court documents (which you can see below), and it appears that this clause was indeed included in Infinity Ward’s Memorandum of Understanding (MOU).

As you can see in the MOU excerpt above, Infinity Ward had the rights to all Call of Duty games set in “modern day (post-Vietnam), the near future, or distant future.” With Black Ops II’s 2025 setting, it’s clear that Treyarch went with the near future setting anyway.

With the historically stressful relationship between Infinity Ward and Treyarch, the documents suggest that the latter may have been frustrated with their restrictions.. Several documents allude to Treyarch’s repeated attempts to feature elements that would make the original Black Ops “feel more modern” or otherwise bank off of the popularity of the Modern Warfare name. One complaint revolves around the use of guns in Black Ops that weren’t designed or made available until the 1980s or 1990s. Another centers on an email from an Activision rep that initially proposed “Modern Warfare Origins” as a title for Black Ops, branding it as a prequel to Infinity Ward’s series.

Infinity Ward’s MOU states that the developer had the rights to anything featuring Modern Warfare branding. Despite this, former Infinity Ward heads Jason West and Vince Zampella claim that Activision never provided them with the gold master of Call of Duty: Modern Warfare: Reflex (the Treyarch-developed Wii port of Call of Duty 4) before the game went into production. Another claim states that Activision attempted to keep Infinity Ward in the dark regarding the development of the free-to-play Call of Duty Online title (which never materialized).

Considering that the trial is yet to happen, it's unclear if Activision could land itself in legal trouble thanks to Black Ops II's futuristic setting. I spoke with Eric Chad, an intellectual property attorney with the firm Merchant & Gould. Regarding Activision's punishment if Zampella and West win the lawsuit, Chad said "[Pulling Black Ops II from the shelves] is likely a possible remedy. This does occasionally happen, but I think it is much more likely that the remedy would be some sort of damages payment, like a forced royalty." He continued, "It seems like Black Ops II is likely substantially complete. That might make it hard for the court to order them to change it. Much more likely would be either of the remedies you discussed above [Pulling the game or facing a damage payment]. Damages, in my opinion, are the most likely."

Many of the court documents make mention of the “post-Vietnam” clause, but the current status of the agreement is unknown. I asked Treyarch studio head Mark Lamia about the matter last month, and he declined to comment. Other attempts to reach out to Activision reps have been met with similar silence (which is understandable considering they’re in relation to ongoing litigation). One likely scenario is that Activision believes the agreement was voided when West and Zampella were fired, allowing Treyarch to legally break the Vietnam barrier. Despite this, we may not know for sure until more details of the ongoing trial are made public.

UPDATE (5/9/2012): Activision responded to this story with the following: “There is no basis for the plaintiffs in the Infinity Ward suit to block the release of Call of Duty: Black Ops II.”

To see the full Memorandum of Understanding, view the gallery below. 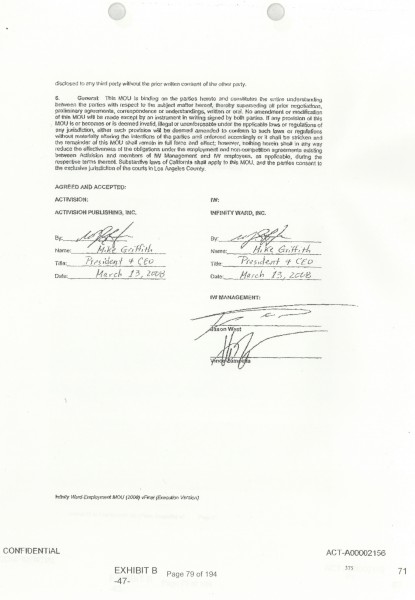 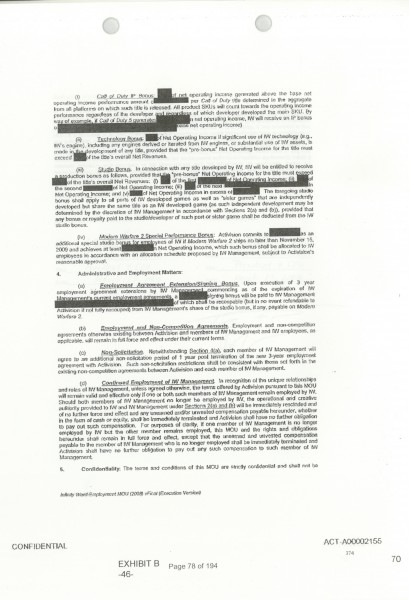 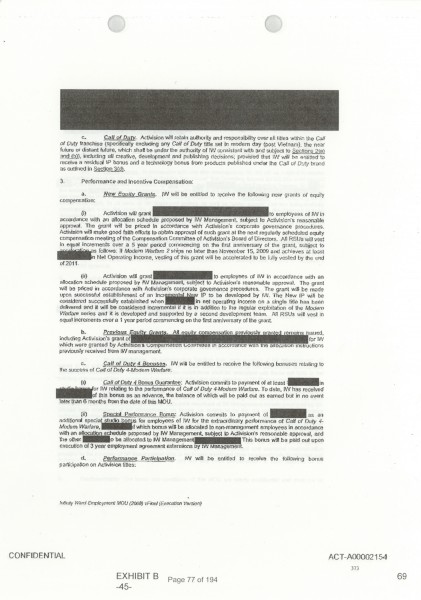 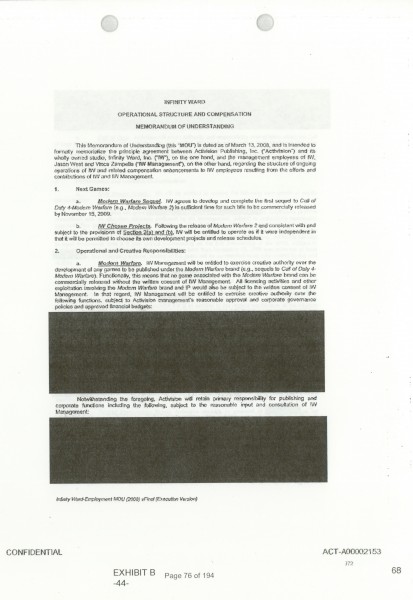 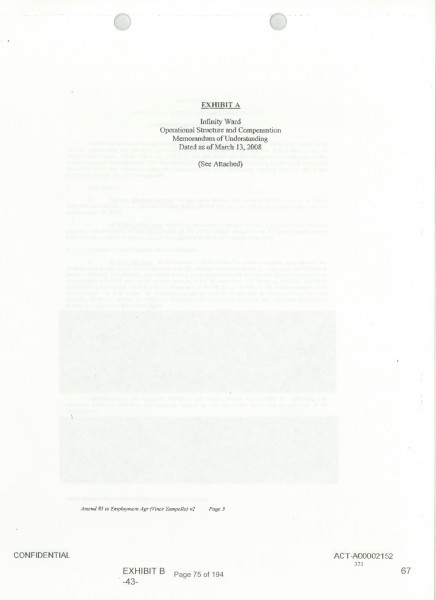