The last game that American McGee's studio, Spicy Horse, released was Alice: Madness Returns. It looks like their next project will follow that lead, taking a heroine from a classic children's story and twisting it just a bit. This time, Red Riding Hood is up for the American McGee treatment.

Akaneiro: Demon Hunters takes the tale and reimagines it in Japan during the Edo period. Spicy Horse has released a few images on its Twitter feed and Facebook page, but actual game details are still a ways away. We know that it's an action RPG, and judging from the image featured on the game's site (above) not to mention the title itself, Ms. Hood will be joined by a few deadly pals. Somehow, it seems hard to believe that a measly wolf is going to pose much of a threat to this crew.

Thanks for the tip, EchelonXII! 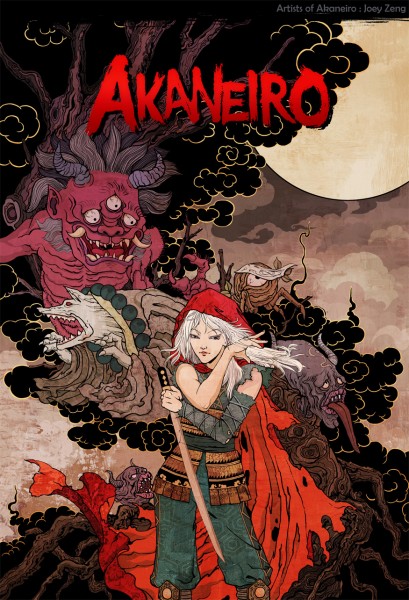