Rockstar has done a great job of releasing regular DLC for Red Dead Redemption, but they’ve all been pretty multiplayer-centric thus far. With Undead Nightmare, the zombies aren’t the only thing we haven’t seen before in John Marston’s West. For the first time, Rockstar’s biggest game of the year is receiving a single-player add-on.

When news first broke that Undead Nightmare would feature zombie-centric single-player content, people didn’t know what to expect. Would it be a couple horror-themed missions? Would it be a full-scale story in the vein of The Ballad of Gay Tony? Turns out that it fits somewhere in the middle. Rockstar says that Undead Nightmare will feature 5-7 hours of single-player content, featuring brand new cutscenes and VO work.

The cause of the zombie outbreak is left purposefully vague. In a cutscene we saw, Marston discusses the epidemic with all-purpose creep Seth. Throughout the scene, a zombie stands by Seth while holding a poker hand. He doesn’t seem particularly aggressive, even when Seth orders him to “git” Marston. Our hero doesn’t know quite what to make of the situation, but he knows he wants it to stop. We played a mission that required us to travel to three different cemeteries in an effort to stop the outbreak. After fighting our way through numerous zombies with Marston’s standard weaponry and the new devastating Blunderbuss, we set a specific coffin ablaze with a torch. This seemed to stop the sprouting of new undead, and even cleared up the ominous sky a bit.

As we worked our way to the next cemetery, we saw a blue circle appear on our radar accompanied by the text “A mystical beast has appeared nearby.” Curious, I headed towards the area. I was surprised to see a flaming horse headed my way, but my surprise didn’t keep me from lassoing it. I had to break the horse via the same minigame any other wild horse required. Once I had succeeded, I had a brand new flaming horse that sets any zombie it touches ablaze.

Turns out this wasn’t your run-of-the-mill flaming horse, this was actually War of “Four Horsemen” (and Darksiders) fame. All four of these legendary steeds will be running around, and they can all be broken in by Marston. War sets zombies on fire, but the others will each feature their own unique ability. I took War to torch the other two coffins, and then went on another mission that had me rescuing survivors a la Dead Rising. As I took them down, I as able to plunder their corpses for body parts that I could stuff into my Blunderbuss. I wouldn’t recommend using this weapon if you’re looking for zombie parts, however, as it leaves nothing behind but a giant red splatter.

The gameplay in Undead Nightmare is significantly different than what we’ve seen before in Red Dead. Taking on acid-spitting zombies and scampering ghouls is a far cry from taking down some hooligans on your way to Bill Williamson and company. It may be different, but what we’ve seen makes us far more excited for Undead Nightmare than any previous DLC for the game. You can try it out for yourself on October 26th, and keep an eye on the site for the full review. 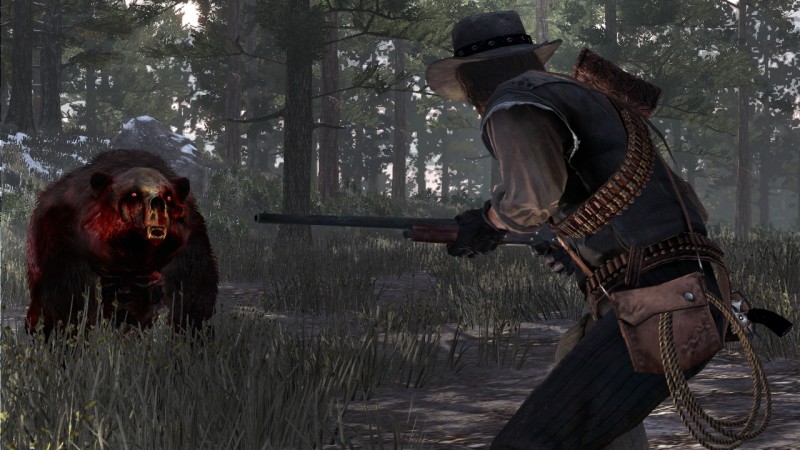 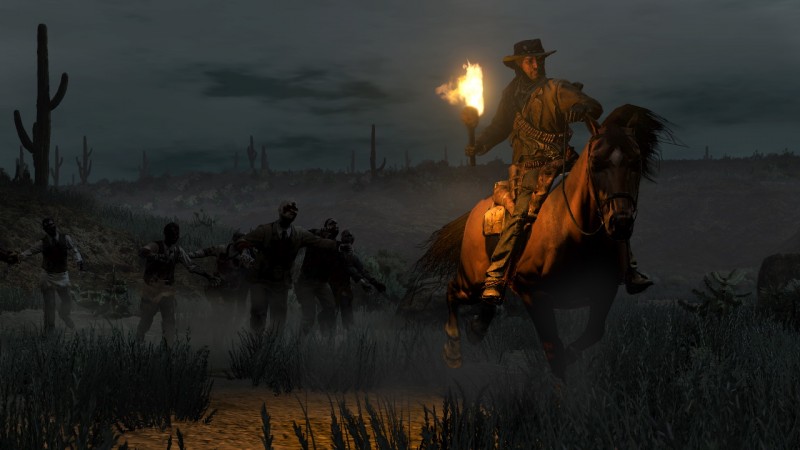 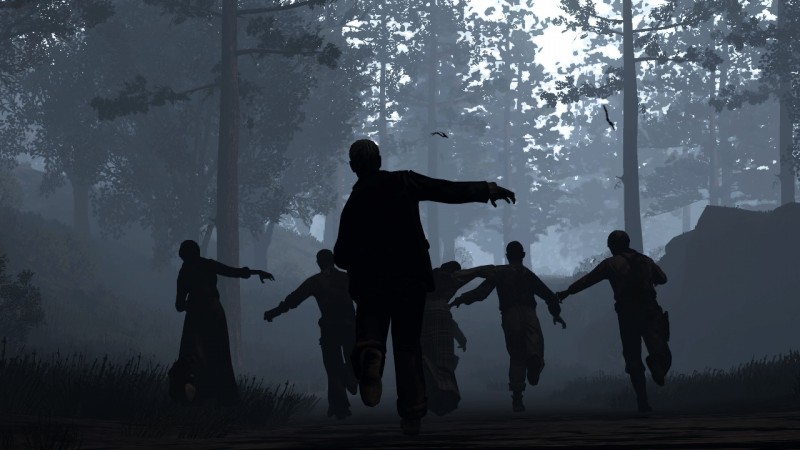 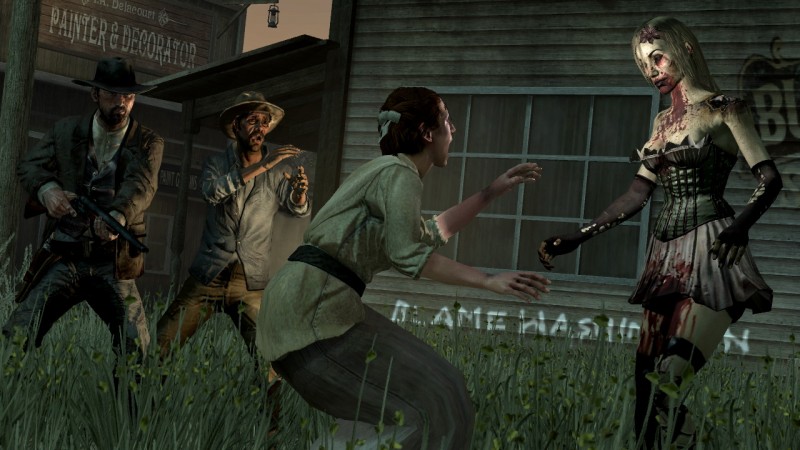 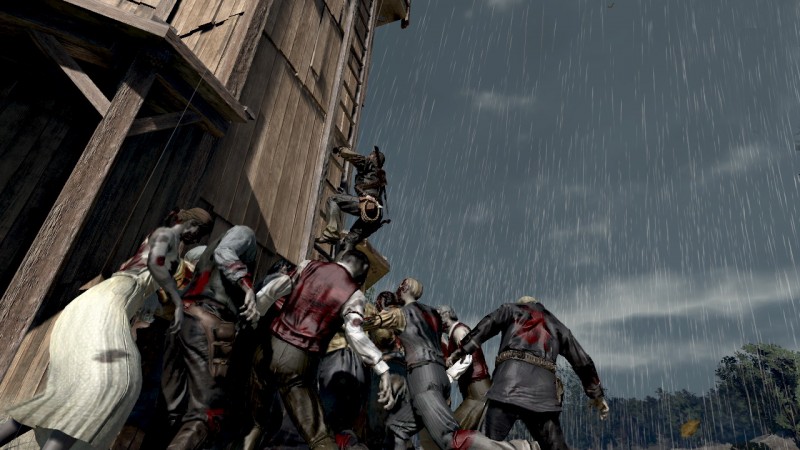 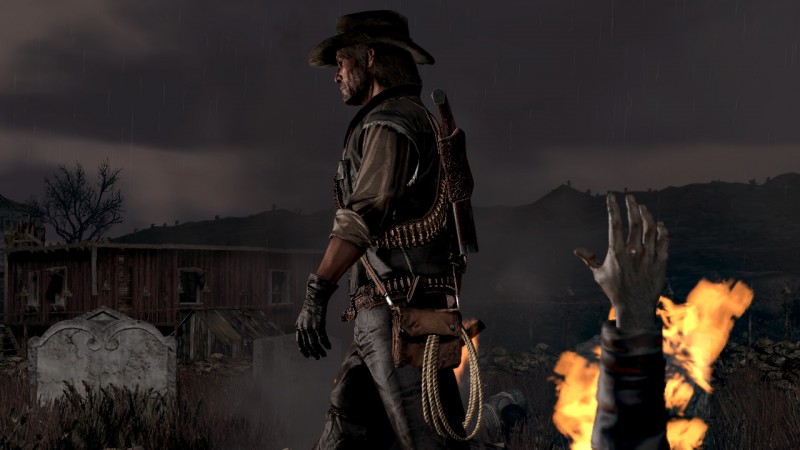 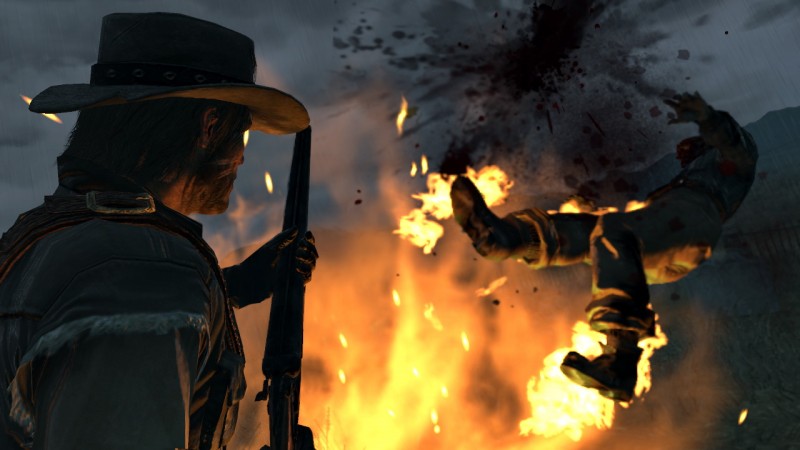 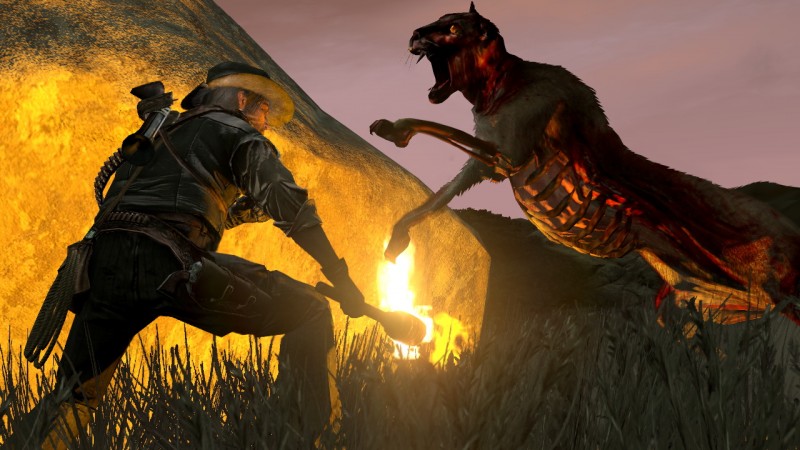 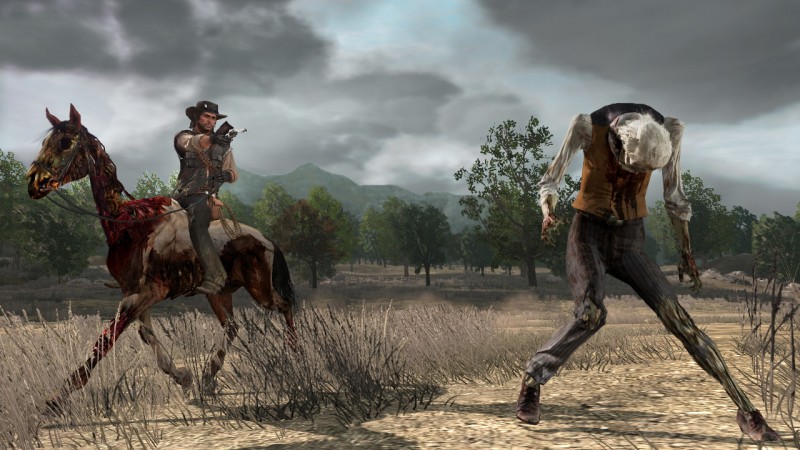