God Of War: Spoiler-Free Answers To Your Biggest Questions 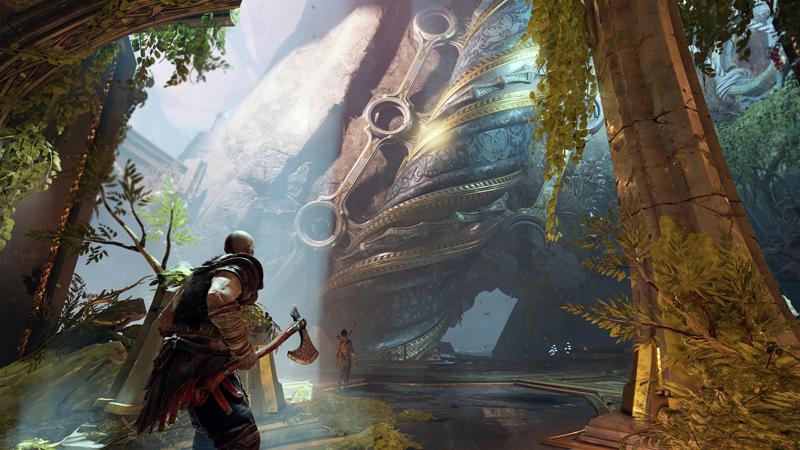 The new God of War doesn’t release until April 20, but I played through the entire game for review and loved it. That means I have a lot of answers fans have been dying to know, and I am happy to share what I can!

We put the call out for questions on Twitter, and I provide my spoiler-free responses below. I hope it helps makes the wait until next week a bit easier!

Do you need to be familiar with previous God of War games?
No. However, I think knowing exactly who Kratos is and what he’s done probably enhanced my appreciation for how he has changed. But if you’ve never played a God of War game before, this one does a good job communicating what you need to know.

Does it have epic moments that rival past installments?
Yes. But one of the qualities that I like is how much more effectively the big moments are deployed, because the game doesn’t feel like it’s fighting a battle to constantly top itself. I loved the high-adrenaline approach from older God of Wars, but I think you risk desensitizing players that way. The pacing in this one feels more deliberate, so those moments hit harder for me.

Does the close camera detract from big moments?
No, I think it actually enhances them. However, there is one particular kind of iconic God of War moment you don’t really get anymore: When Kratos is running along, and suddenly the camera zooms out and you see how tiny Kratos is compared to whatever gargantuan creature/structure he is on. That’s not a complaint, though. Just something different.

Is the story good?
Yes. I won’t delve into any specifics here, but I especially enjoyed how the narrative builds a bond between Kratos and Atreus.

Does it feel like one big escort mission?
No. In fact, Atreus is extremely useful in battle, to the point that he almost feels like another weapon you’re controlling. And he isn’t a liability at all; he takes care of himself, and even though he can get grabbed or knocked out, he is generally available and ready to attack when you need him. He only got incapacitated once during my entire playthrough.

Has the blood and gore been toned down?
No.

How are the customization options?
Rather than customization, think of it more like equipment you’ll be upgrading and trading out as you progress. I enjoyed it in that context, and yes, it alters your appearance … but don’t expect extensive options for changing Kratos’ or Atreus’ look.

Can you ignore crafting?
If you’re determined to ignore it, you probably could. I really enjoyed the crafting, though, and thought it provided a great incentive to go off the beaten path a bit. The system is simple, and finding materials is rewarding. Plus, it’s how you get some of your best equipment.

How long is the campaign?
It took me about 30 hours to finish the story (doing a lot of optional stuff along the way), but I probably spent another 15 hours after that cleaning up tasks, tackling other challenges, and chasing trophies.

Do you really spend 30% of the game in a boat?
This is a question that cropped up since our rapid-fire interview with God of War’s director, Cory Barlog. In short, no, you are not in a boat for 30% of the time. How much time you spend on the water is largely dependent on how compulsive you are about exploration, but even if you’re extremely thorough, you won’t even come close to paddling around for 10 hours of a 30-hour campaign.

Can you give your son a piggyback ride?
Sort of! He jumps on your back when you climb.

Is there a new game+ option?
No, which is something I have mixed feelings about. On one hand, I always enjoyed replaying the previous God of Wars with goofy costumes and maxed-out powers. On the other hand, this game has plenty of ways to rope you in and keep you playing, so I don’t feel robbed without new game+.