Gamers have been begging EA to bring back the Skate franchise, and although there's been no word on whether that will ever happen or not, that doesn't mean we won't be getting a skating game at some point. Montreal-based Crea-ture Studios has kickstarted a PC/Xbox One (hopefully PS4 at some point) project called Session that not only looks to resurrect video game skateboarding, but do it in its only particular fashion.

The article below originally appeared in the January 2018 issue of Game Informer (#297), and since then Crea-ture has added reverts into the game, a vert ramp stretch goal and more. Check out the game's Kickstarter page to see the latest on Session.

The Tony Hawk and Skate series had their differences, but both made it easy to pull off hardcore skateboard tricks at the press of a button or flick of a stick. New developer Crea-ture Studios is approaching the sport from a slightly different angle. Session's control scheme is more difficult than what we're used to, but it aims to give even the simplest trick an elevated sense of accomplishment.

The game's hardcore and real-stances control modes split your avatar's legs into the right and left analog sticks, respectively, instead of confining the trick controls to one stick and the steering on the other like Skate. Furthermore, pushing is on the A button and steering on the triggers, so Session does not feel like previous skating titles. "I'm not sure this kind of call would have passed [at a publisher]," says creative director Marc-Andre Houde. "We probably would have been forced to make it a more accessible, maybe more mainstream method of navigating for a game."

Playing the early demo of Session, the novel control scheme takes getting used to and isn't immediately natural. In the head of a lifelong-skater like Houde, however, telling his feet to do different things depending on which way he's facing is what he does every time he jumps on his board in real life. The game features a simplified control setting that locks the controls so you don't have to keep track of which foot is leading on the board and therefore switch which one starts a trick. Whichever scheme you use, Session's controls aim to give the user a sense of satisfaction for pulling off tricks, reclaiming it from the gonzo arcade nature of previous titles which have dulled our appreciation for these complicated maneuvers.

The control scheme isn't the only thing that strives for a manner of realism. "Skateboarding is a really creative sport, so we really want to make sure we are not going to dictate which trick is worth what or anything like this," Houde says. "We're really trying to keep this as open as we can so people don't always feel forced to do the same combo tricks because this is the one that pays the most." De-emphasizing a combo score may remove an easy way for players to gauge themselves against others, but skating is a sport where the admiration of your peers is more quantifiable than an arbitrary score. Accordingly, Sessions includes the ability to broadcast your achievements via various social channels as a way to gain respect.

The game starts in the streets of New York City (other cities will be added as updates), with vert/ramp skating as a stretch goal for the recently activated Kickstarter project. Other features on the stretch-goal wish list include a park editor and a mode to film your friends in action. Houde talked about the need for licensed clothing – something that's important to him because of brands' importance in skating – but didn't have any official deals he could mention.
Activision's 2015 reboot of Tony Hawk didn't take, and while fans have been clamoring for EA to make Skate 4, it's not on the horizon. Sessions – made by a team of two developers and assorted freelancers – doesn't follow exactly in these famous series' footsteps, but it's also not here just to fill a void. The game's unorthodox control scheme makes demands of players, but they can reap its rewards as well. 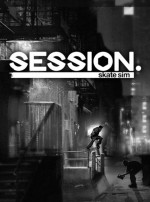