Aloy rushes between trees and through bushes, the massive jaws of a robot dinosaur snapping just a few inches from her back. Just as its teeth are about to rip into her flesh, she turns around, pulls out her bow, takes aim, and snaps a photo. Hey, it’s all worth it for the perfect shot.

Anyone who uses photo mode is probably familiar with a scenario like this. A feature that allows players to pause the game, take control of the camera, and capture their own beautiful in-game photographs, in-game photo modes have become more popular with developers over the past few years. Developers have learned that players want to express themselves in-game as well as in the real world. Photo mode bridges that gap. It might seem like an inconsequential feature, but for both developers and players it’s an important part of the modern gaming landscape.

In 2005, Gran Turismo 4 became the first game to include a proper in-game photo mode with filters and complete control of the camera. Games like Super Smash Bros. Melee had included similar features, but they were often relegated to special game modes with fewer options for digital photo fiends. Players had been taking screenshots and creating photo mods for years, working around the limitations of their favorite games. Many in-game photographers still have to work without native photo modes, instead relying on tools like Nvidia’s Ansel to give them 360 degree control over the camera and access to post-processing features in games like the Witcher 3 and Dishonored. Only over the past few years, does it seem like in-game photo modes are popping up everywhere. Most major consoles now have native photo-capturing and photo-sharing features. Every genre is getting in on the action. From open-world games like Horizon Zero Dawn and, most recently, Assassin’s Creed Origins to smaller indie experiences like Firewatch and Hellblade and even Nintendo heavy hitters like Super Mario Odyssey, developers are making a more concerted effort to give players the chance to act as digital photographers.

“For us developers, the photo mode is a great way to give even more ownership to players over our games,” says Bruno Guerin, live content director at Ubisoft Montreal. “Then it’s no longer a few developers making something for all players; everyone can get involved in creating new content for others.”

Ubisoft Montreal’s Assassin’s Creed Origins is the first entry in the series to feature photo mode, and like many in-game photography tools it gives players access to filters, post-processing tools, and camera control. These features are familiar to any Instagram user, but in a digital environment they take on a new meaning. We always want ways to express ourselves. A tool like photo mode gives us as players more ownership over our favorite games by encouraging us to explore and play games in new ways, using these digital worlds as blank canvases to express our own creative ideas.

Leonardo Sang, a Brazilian photographer who has garnered attention for his video game photography, uses Grand Theft Auto 5 not as a playground of destruction but as an urban simulation.

“Los Santos is detailed like a real breathing city, not just in small visual details, but also in the entirety of the map functioning as one complete system,” Sang says. “That allows me to use this system as a mirror to the real world, creating essays I'd do in real life.” Walking around the dark streets of Los Santos at night, Sang explores this digital urban landscape as he would a real-world city. Using the in-game camera phone tool, he ended up extending a project he had started in the real world, taking photos of gas stations. Photo mode also drastically changes the pace of how players interact with games. Instead of rushing from quest to quest, a player like Sang uses photo mode to slow down, take the time to explore the world, and appreciate the details. Even if you choose to take intense action shots, the simple act of having to briefly pause the game forces you to slow down and look at the world in a different way.

According to photographer Eron Rauch, who started working with games and screenshots in the mid-2000s and created the five-part World of Warcraft photo project A Land to Die In, this aspect of photo mode isn’t so different from its real-world analog. “A camera and a project is kind of a passport to be curious about the world and how it’s put together, and it’s often a tool that lets you see things you otherwise miss,” Rauch says. “Using WoW as an example, you can rush through to level cap power-leveling, but experiencing almost nothing of the game that hundreds of people spent hundreds of thousands of hours meticulously building.” An examination of virtual death in WoW. Photo: Eron Rauch

Photo mode lets players celebrate their creativity, but the process of detail-focused exploration that comes with in-game photography inherently ends up celebrating the countless hours of work that artists and programmers poured into their game. For the team of artists behind Horizon Zero Dawn, every photo was evidence that their hard work had paid off.

“I think literally my entire art team would do nothing else for days but look at a stream of pictures coming in. It’s a really nice moment for them,” says Jan-Bart van Beek, studio art director at Guerrilla Games. “They get to see other people look at their game, appreciate it, and find nice moments in it.”

Guerrilla Games’ Horizon Zero Dawn launched earlier this year and the game’s photo mode quickly became a huge hit with players. NeoGAF threads spread across 50 pages worth of photos started springing up only days after the game’s release. Players captured the beauty of Guerrilla Games’ post-apocalyptic landscapes, showing off all the hard work and talent that went into every tree, mountain, and dust particle. Photo mode helps shine a spotlight on the artists and programmers whose work often goes unnoticed and unappreciated. Guerrilla Games, in turn, spotlighted the creativity of its community through a ten-week photo contest after Horizon’s launch as well as a gallery-like experience at this year’s PAX Australia.

Photo mode also has more practical benefits for developers: marketing and exposure. “It’s a sort of funny, maybe cynical way of looking at it, but one of our programmers once said, ‘This is like crowdsourcing marketing,’” Van Beek says. “You get all your fans, and they’re sort of helping you show the game from its most beautiful viewpoints.” Players can share their favorite moments on Facebook or Twitter with the click of a button, which spreads beautiful images of a game like Horizon all over the Internet and can give new life to games even months after release. For a lot of developers – and publishers – that’s certainly appealing. Outside of the aesthetic and creative appeal of a feature like photo mode, increased exposure and free marketing can help keep photo mode in a game’s feature list.

Photo mode ultimately does what real-world photography has always done. It helps us capture memories and freeze specific moments in time. Those moments are powerful. Whether a picture has a funny story or a serious social message behind it, there’s an emotional connection to that specific moment. Photo mode helps developers gain recognition for their art and breathe new life into their games; it lets players express themselves and explore their favorite games in new ways. But perhaps most importantly, it allows players and developers the chance to bond through a desire to share, discuss, and reflect on those moments. Because of that, photo mode isn’t just a tool – it’s a means of genuine human connection.

You can find more incredible images in the the gallery below. Additional image credit belongs to the artists above, as well as Flametec, jim2point0, and Kane1345. 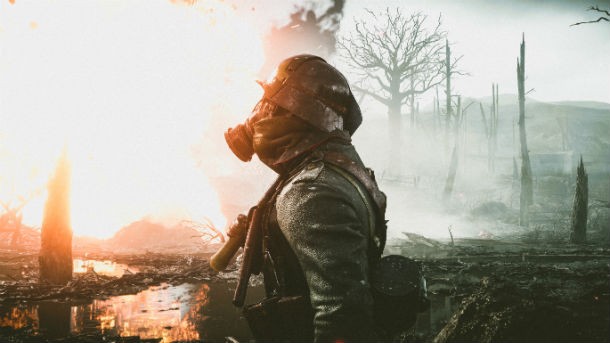 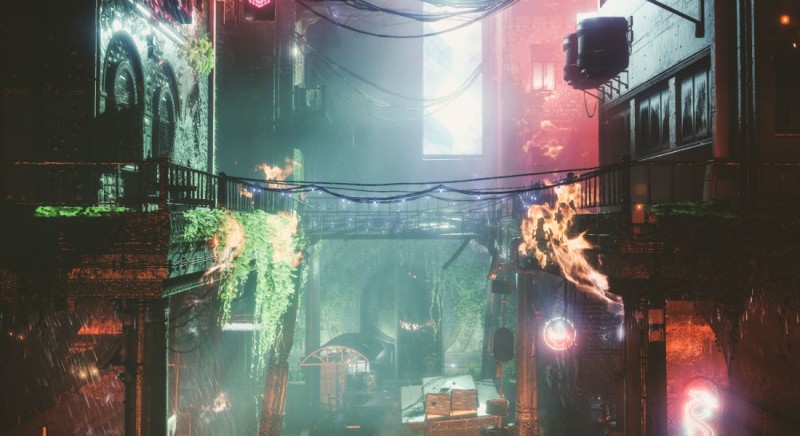 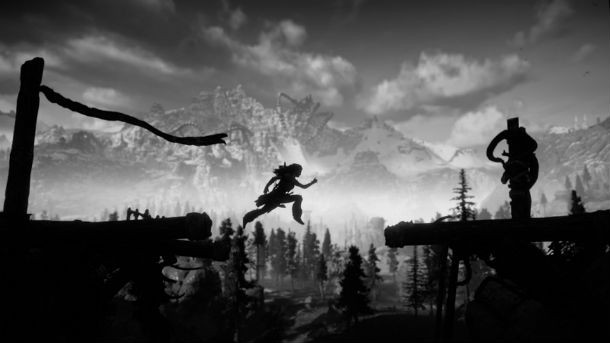 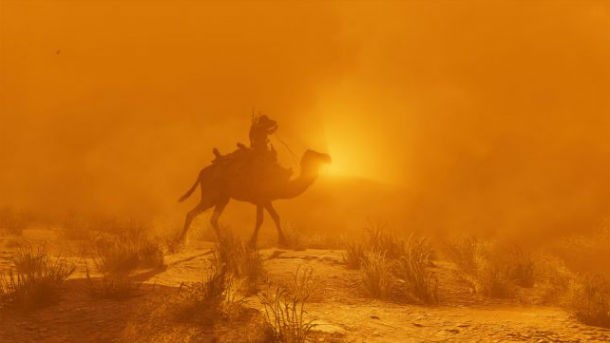 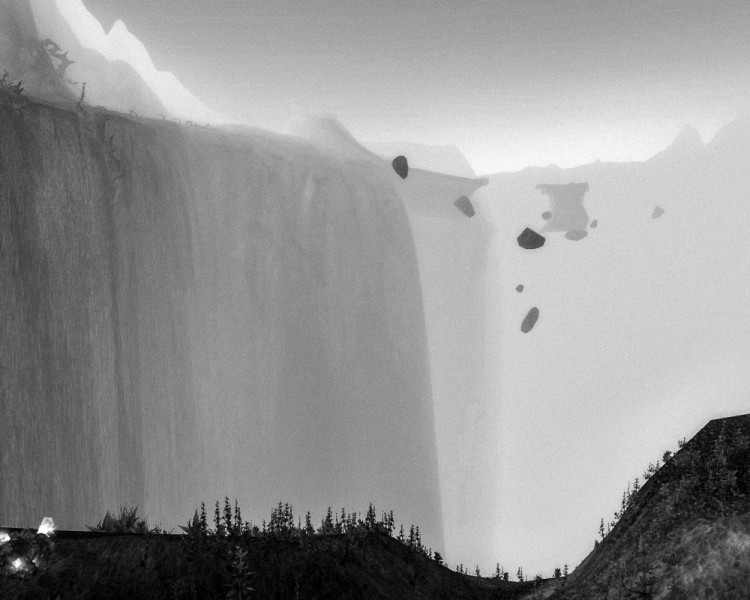 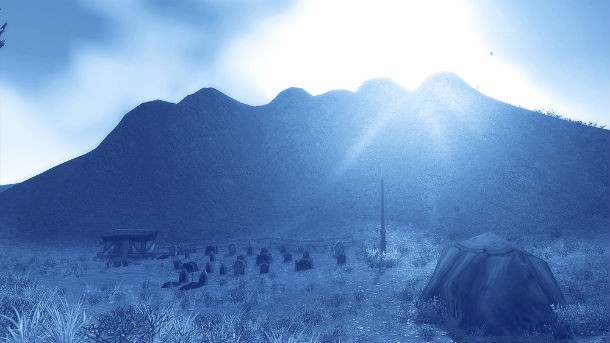