Opinion – Origins Is Not A Good Assassin’s Creed Game 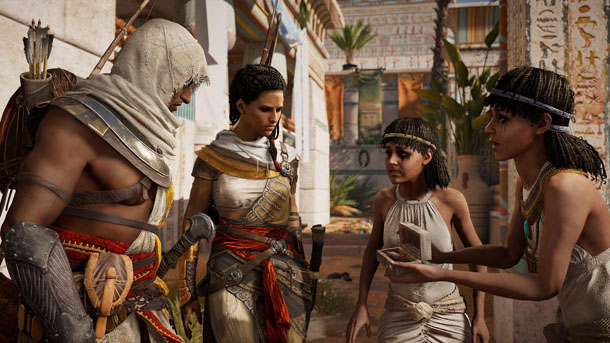 After taking a year off from its annual release schedule, Assassin’s Creed Origins marks the return of Ubisoft’s acclaimed open-world series. To inject new life into the formula, Origins experiments with elements we haven’t seen in previous installments. This includes gear and progression systems heavily influenced by RPGs, revamped combat, and a more freeform approach to exploration and missions. These risks paid off, creating an immersive and interesting adventure that has enjoyed positive reviews and solid sales. But if Origins is a such a success, why does it leave me so disappointed?

I have been a fan of Assassin’s Creed since its first entry back in 2007. In the 10 years since, the series has established a variety of pillars that distinguish it among its open-world peers: elegant combat, crafted assassination scenarios, compelling villains, and modern-day intrigue set against a historical backdrop. Not every installment has every element represented in full force, but for me, the appeal and identity of Assassin’s Creed is wrapped up in how these concepts are implemented. That’s the root of my problem with Origins; whatever good it achieves in other areas, Origins fails to represent the core aspects of the franchise. That doesn’t mean it’s a bad game – just a bad Assassin’s Creed game. 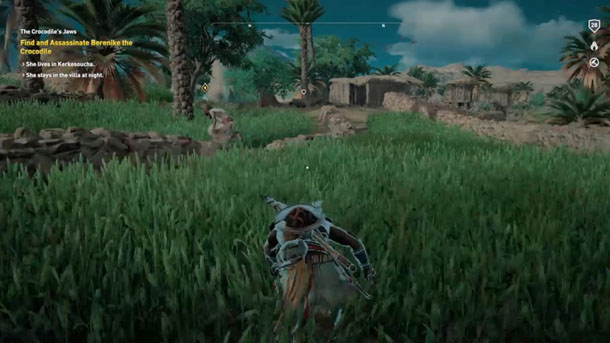 Let’s start with the series’ namesake feature, assassinations. From the beginning, players have been tasked with infiltrating dangerous locations and striking at targets from the shadows. While Origins technically has that, it lacks the crafted scenarios that make all of that preparation rewarding. Instead of deliberately designed sequences that allow you to devise and carry out a plan, most of the major kills in Origins fall into two categories: dull open-area strongholds and boss fights that would feel at home in a PS2-era action/platformer.

This is especially hard to swallow coming off Syndicate, which featured clever and satisfying unique kills for your major targets. These multi-step special assassinations were optional, but rewarded players who wanted particularly dramatic takedowns, like using ropes to pull an actor up into a theater’s rafters, or masquerading as a dead body to take out a doctor. The infiltrations in Origins do not have the set-piece flair of Syndicate (nor do they have the careful puzzle-like planning of earlier titles) because the targets that aren’t scripted boss fights don’t receive any special treatment. They just kind of hang out surrounded by guards in various compounds, and they tend to behave like normal enemies. This leads to anti-climactic kills, especially when something goes weird with their A.I., like the time I inexplicably found one of my targets running through the fields near her fort, so I just put her to sleep and stabbed her (see screenshot above). That inglorious end doesn’t feel like much of a victory.

The assassinations might be more cathartic if I cared about the villains. Origins doesn’t dangle a compelling antagonist in front of you like Haytham Kenway, Crawford Starrick, or the Borgias of previous installments. Instead, it takes a “kill ‘em as you go” approach, introducing your targets only when it’s time to take them down. This doesn’t give the characters enough time to develop personalities, and made it hard for me to get invested in Bayek’s quest for revenge. Every new target just feels like a stepping stone, not a story. 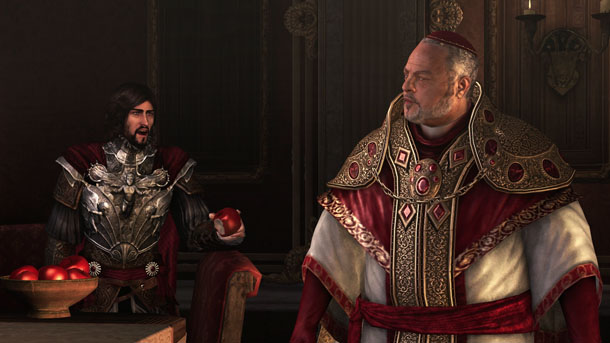 Another big shift in Origins is the combat, which now leans more toward modern action/RPGs like The Witcher 3: Wild Hunt and Horizon Zero Dawn. The focus on dishing out light and heavy attacks using a varied arsenal of weapons generally works well. It gives players a reason to dig into the upgrading system, and provides worthwhile rewards in the form of new gear. In short, it is a functional approach that fits with the wave of RPG-like changes in Origins. So far so good…what’s the problem?

Even though it works, Origins’ combat feels generic compared to the almost balletic encounters of the series’ past. When I think about fighting in Assassin’s Creed, I envision timing-based counters, crowd management, and brutal assassination chains. I think about battles peppered with acrobatic moves that convey the sense that my assassin is the biggest badass in town. I definitely don’t picture the standard dodge-and-slash tactics that Origins encourages, in which a regular group of bandits (if their levels are just a little too high) can overpower you. I recognize that these things are established conventions in gaming, and that Origins’ combat system isn’t poorly implemented – but it doesn’t feel unique anymore, and this is the first time I’ve felt that way about a game in this series. 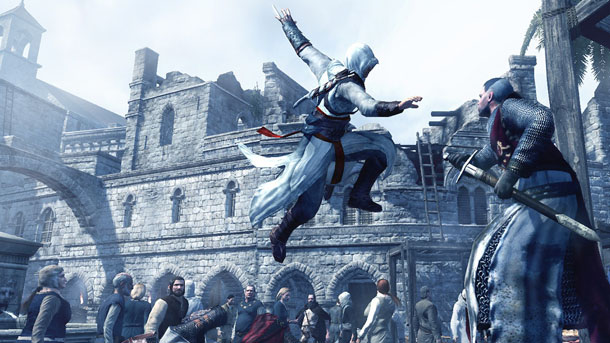 On the narrative front, my biggest disappointment with Origins is the half-hearted return to a modern-day storyline. The mysterious significance of past events in present time was a major hook for me in the series’ early entries, and provided an arc that bridged the gap between games. I remember getting to the end of Assassin’s Creed Brotherhood and thinking, “I can’t wait to see where this goes next!” Unfortunately, the answer was basically “nowhere.” Many fans (me included) weren’t thrilled with how Desmond’s saga concluded in Assassin’s Creed III. Unfortunately, Ubisoft’s response was to minimize modern-day stuff, but that was a mistake. The parallel storylines weren’t the problem; the fact that they lacked intent and purpose was. I want that facet of the narrative to build up to something, not to introduce seemingly important developments only to jettison them later – or worse, leave them to be explained by supplementary comics, novels, and webisodes.

What makes Origins’ approach to the modern-day angle feel especially cruel is that it pretends to bring this part of the series back. You control a new character in a modern setting, and explore an area that is seemingly connected to Bayek’s adventure. However, that thread ultimately does little to elaborate on the current conflict between Abstergo and the Assassins. Why include Layla at all if those sequences don’t amount to anything important beyond giving you a bunch of text to read on a computer? Maybe she’ll come back next time, but her role in this game is extremely unsatisfying. 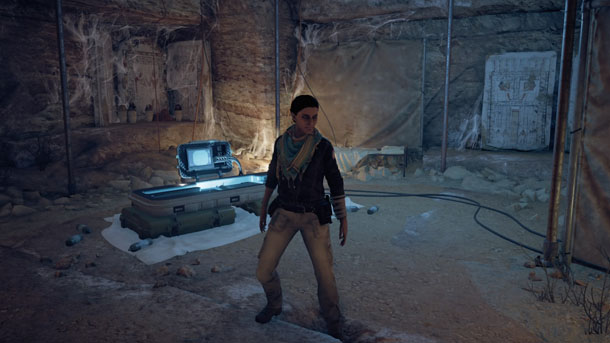 Of course, Origins isn’t the first game to neglect any of these traditional elements. Black Flag was also a huge departure from established conventions (though a more entertaining one, in my opinion), and Unity took big risks in combat and progression. I recognize a series’ need to evolve, and I’m not opposed to Assassin’s Creed changing. In fact, with each new entry, I look forward to seeing how Ubisoft refreshes its approach. But it’s all about striking a balance between old and new; what sets Origins apart is how completely it turns its back on the key pillars that have defined Assassin’s Creed up to this point. As long as the game is good overall, does that even matter? I’ve written before that I think it does, because you can’t separate a new entry in a series from the expectations that the name carries.

Lots of people are enjoying Assassin’s Creed Origins, including many of my friends and co-workers. Even I had a good time with it as a regular open-world action/RPG; Ubisoft’s vision for ancient Egypt is engaging, and hits the mark in terms of weaving historical elements into the narrative. However, it captures little that I’ve grown to love about the series over the years. If Origins represents a new direction for this franchise going forward, then I have never been less excited about the future of Assassin’s Creed.