It can be hard to express, process, or understand mental health issues, but these games are great places to start.

Of the many themes and ideas tackled in indie games, mental health has stood out as a topic that, when handled right, offers a chance for empathy, understanding, and discussion some might argue is only possible through the medium of gaming. To be clear, many of these games aren’t fun, and they aren’t perfect representations of these illnesses, but they do offer a good jumping off point for learning more about the causes or impact of mental illness. These five in particular are some of the best options for approaching mental health discussions, whether you want to learn more or are looking for a game to convey the experiences you go through yourself. *Spoilers ahead for each game* Depression Quest
A simple text adventure, Depression Quest tasks players with making it through their days as someone with depression. Through a series of choices, players must do their best to maintain their social circle, hold down their job, and otherwise make it through the day, with status descriptions representing the impact of whether or not they’re speaking to a therapist, on medication, or currently being hit by their depression. Due to their illness, however, the player’s choices become more limited as the game goes on, eventually leaving players with as few as one option to proceed regardless of the consequences. Depression Quest can be a frustrating experience, but also an accurate depiction of some of the daily struggles those with depression face. Pry
This simple iOS game seeks to convey the challenges veterans face living with post-traumatic stress disorder, offering a new take on text-based story games. Focused on a soldier who has returned home from war, Pry allows players to zoom toward and away from text and braille hanging in the air to open new pieces of information about what he experienced during his service. The longer players spend focusing on a memory or topic, the harder it becomes for the soldier to bear the memory, which forces the player to leave once it becomes too difficult. By the end of the game, the memories block out images of the real world, offering a view of what can result from a constant struggle against PTSD. That Dragon, Cancer
One of the hardest challenges when dealing with grief is the strain it puts on one’s mental health. Created by Ryan and Amy Green, whose son Joel was diagnosed with cancer at 12 months old, the game serves as an autobiographical experience of what their family went through. It’s an experience that is uplifting at times but also heart breaking, with the progression of Joel’s illness hitting Ryan and Amy harder and harder as time goes on. This comes through in the gameplay, with the players often just as powerless to help as the parents are. When the pain of Joel’s illness makes him struggle and hit his head against the bars of a hospital crib, the player can do nothing to calm him or ease his pain, instead hoping for the best and that the doctors will find a way to give Joel some peace soon. It’s uncomfortable, but incredibly moving and enlightening.

For more on That Dragon, Cancer, you can read Jeff Marchiafava's thoughts here. Night in the Woods
Initially lighthearted in its presentation, Night in the Woods tackles a variety of mental health issues in a mature and nuanced way. Playing as Mae Borowski, a recent college dropout returning home to figure out what to do next, players meet a variety of characters with their own struggles related to mental health. Gregg, one of her oldest and closest friends, confides in Mae about a potential bipolar disorder. Prone to fits of high energy happiness and days of low sulking, he worries about the impact his behavior has on his relationship with his boyfriend, Angus. Likewise, Mae herself struggles with disassociation and anxiety, with incidents as a child and in college leaving her searching for a way to feel comfortable and happy again. This can lead to issues and regular tension between her and the other people in her life, making for an engaging story of coming to terms with these challenges.

For our review of Night in the Woods, head here. Hellblade: Senua’s Sacrifice
Psychosis is rarely used in video games outside of being a character trait of a mad villain or enemy. As such, Ninja Theory was forthright about its intentions for this title, aiming to show an accurate portrayal of living with psychosis. As Senua, players travel toward the gates of hell to revive her dead lover; however, the world she sees and the enemies she encounters are all influenced by her psychosis, along with other symptoms like a constant stream of voices guiding and misleading her simultaneously. This often leads to her placing obstacles in her own way, fleeing from a perceived but imaginary beast, or even inflicting self-harm to appease the chorus of shouts in her head. The experience is confusing and difficult at times, and criticisms of the game are well founded – see the opinion piece by Dia Lacina on where the game still only presents a view of psychosis from those who don’t suffer from it – but it still offers an earnest attempt to convey psychosis past its usual use as a villain’s character trait, and offers players a chance to form a different view of the condition.

For our review of Hellblade: Senua’s Sacrifice, head here.

Though they aren’t perfect representations, these games can help you get started in learning more about an illness and, if needed, help you figure out what to seek more information about for treatment. For those who’d like to know more or find someone to talk to, check out the list of different organizations and services below. 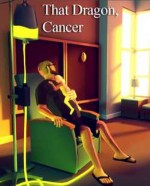