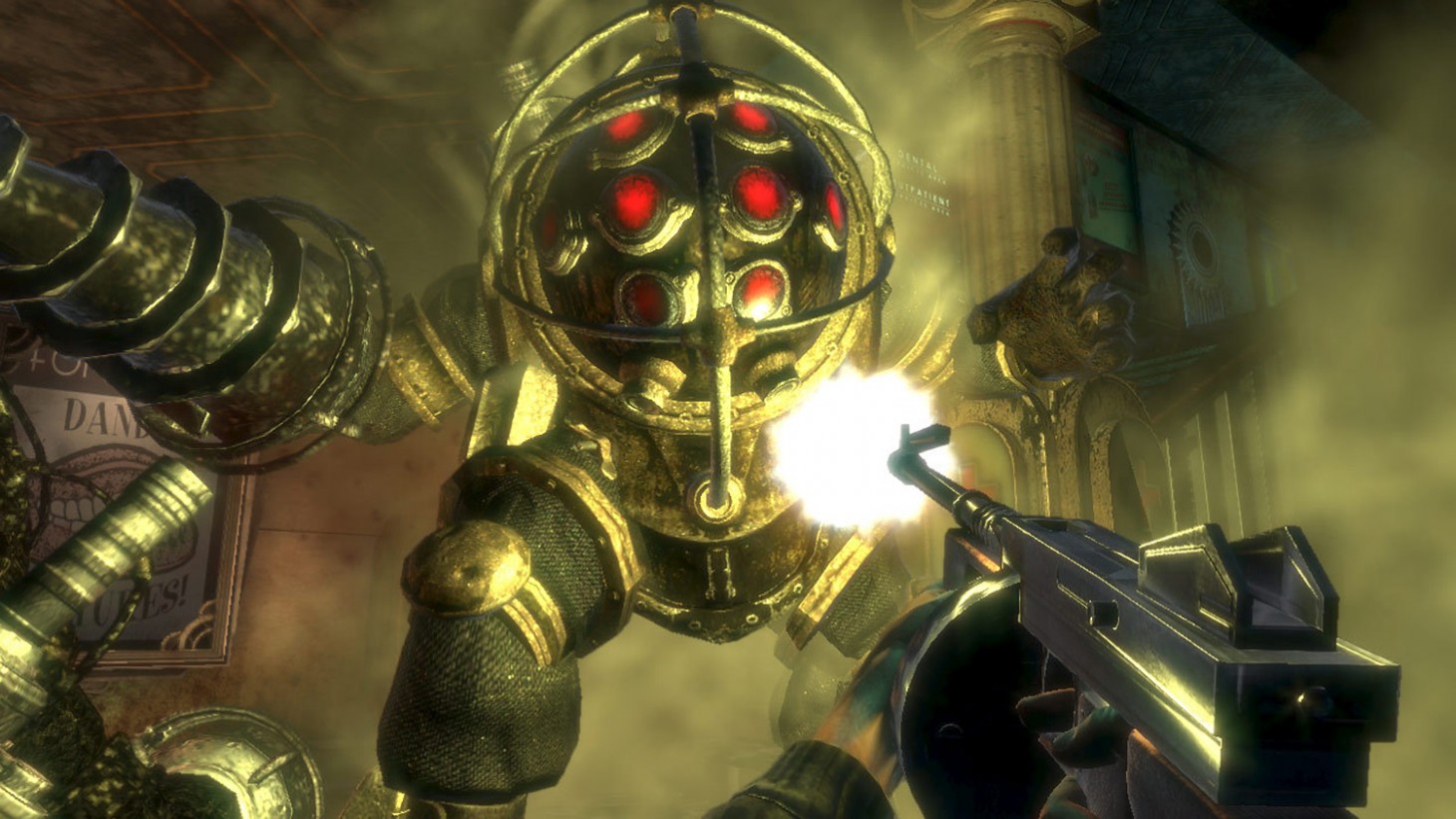 Today marks the 10-year anniversary of the original BioShock's release. To celebrate the occasion, we're taking a journey through the Game Informer archives – back to March 2006 when we featured BioShock on our cover. 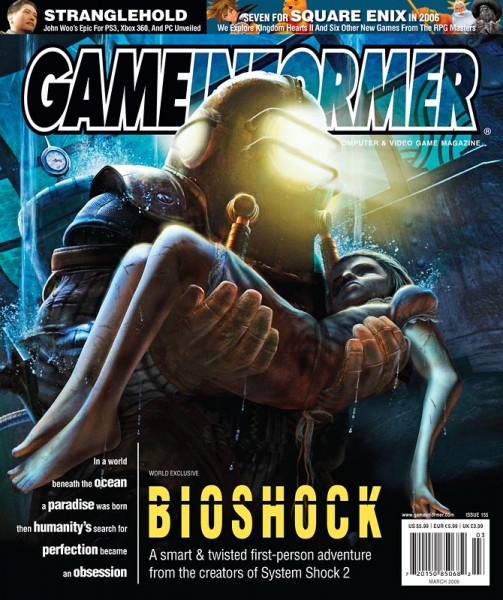 Though BioShock previously existed in another form, this was the world's first look at developer Irrational Games' reimagined project that evolved from a story about a cult de-programmer on a space station. I visited the studio, talked to the team, and wrote this feature based on an early version of the game.

A lot changed from those days to the final release, and even more has changed in the years since. BioShock is revered as a gaming essential, and received two sequels. Irrational Games became 2K Boston, then Irrational Games again, and then the studio underwent a massive downsizing and another name change.

This cover story feature transports us back before all of that, giving us a glimpse at the pre-BioShock world. So read on to remember a time before the armored protectors of Rapture were called Big Daddies, before the game was coming to PS3, and before we knew the enormous impact BioShock would have on the gaming landscape. 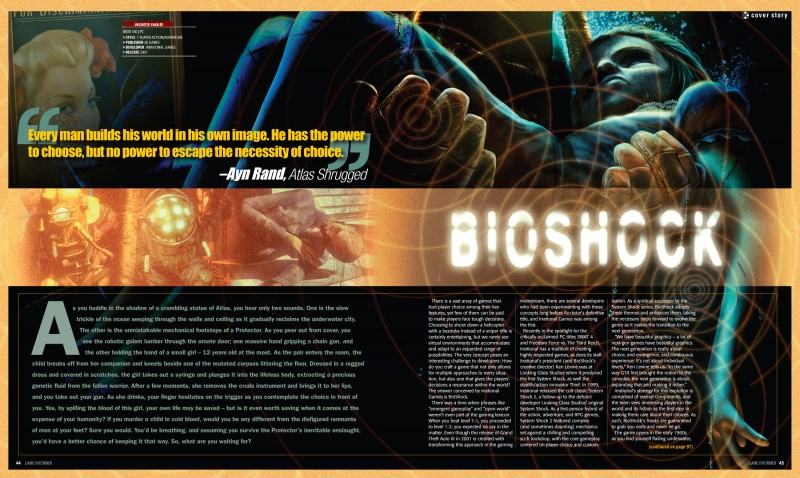 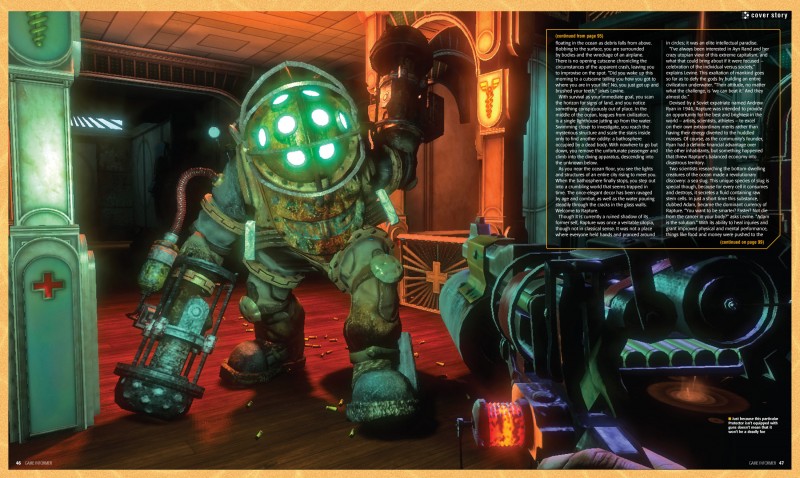 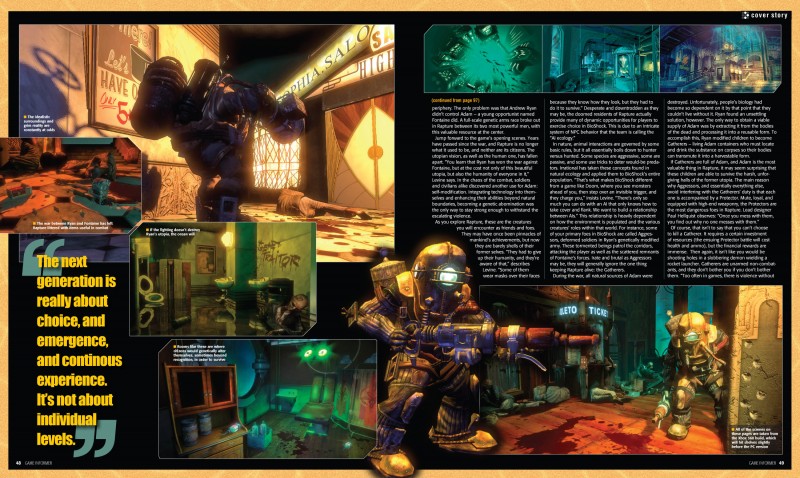 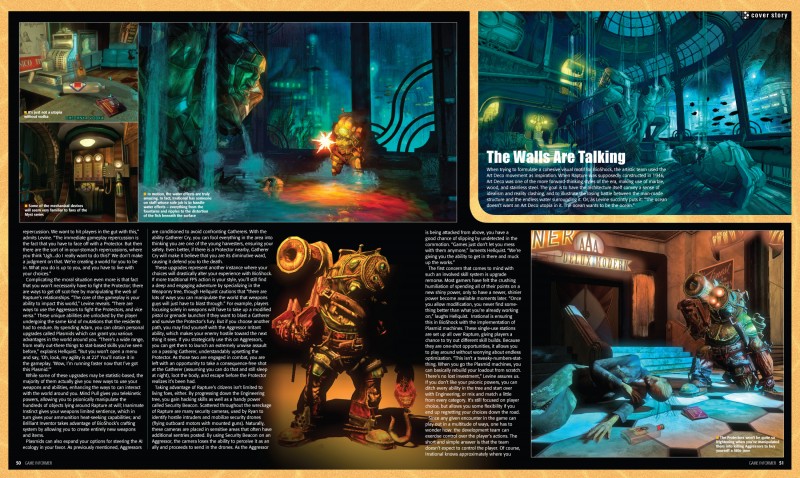 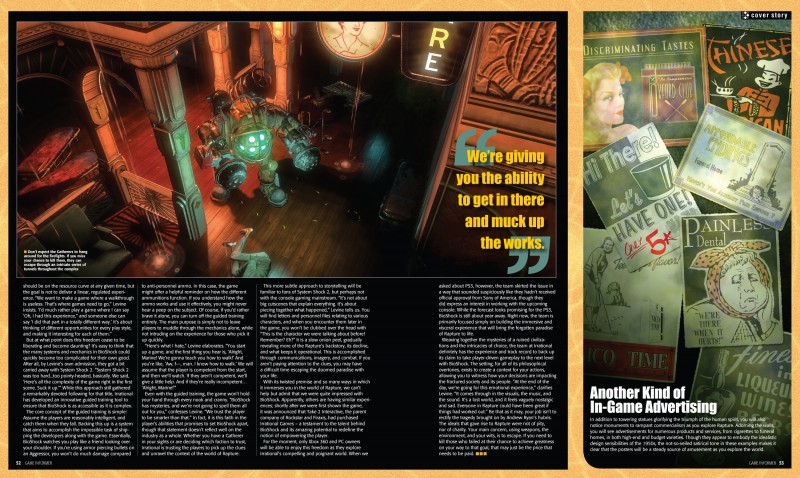 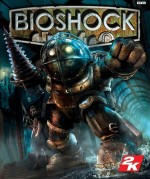