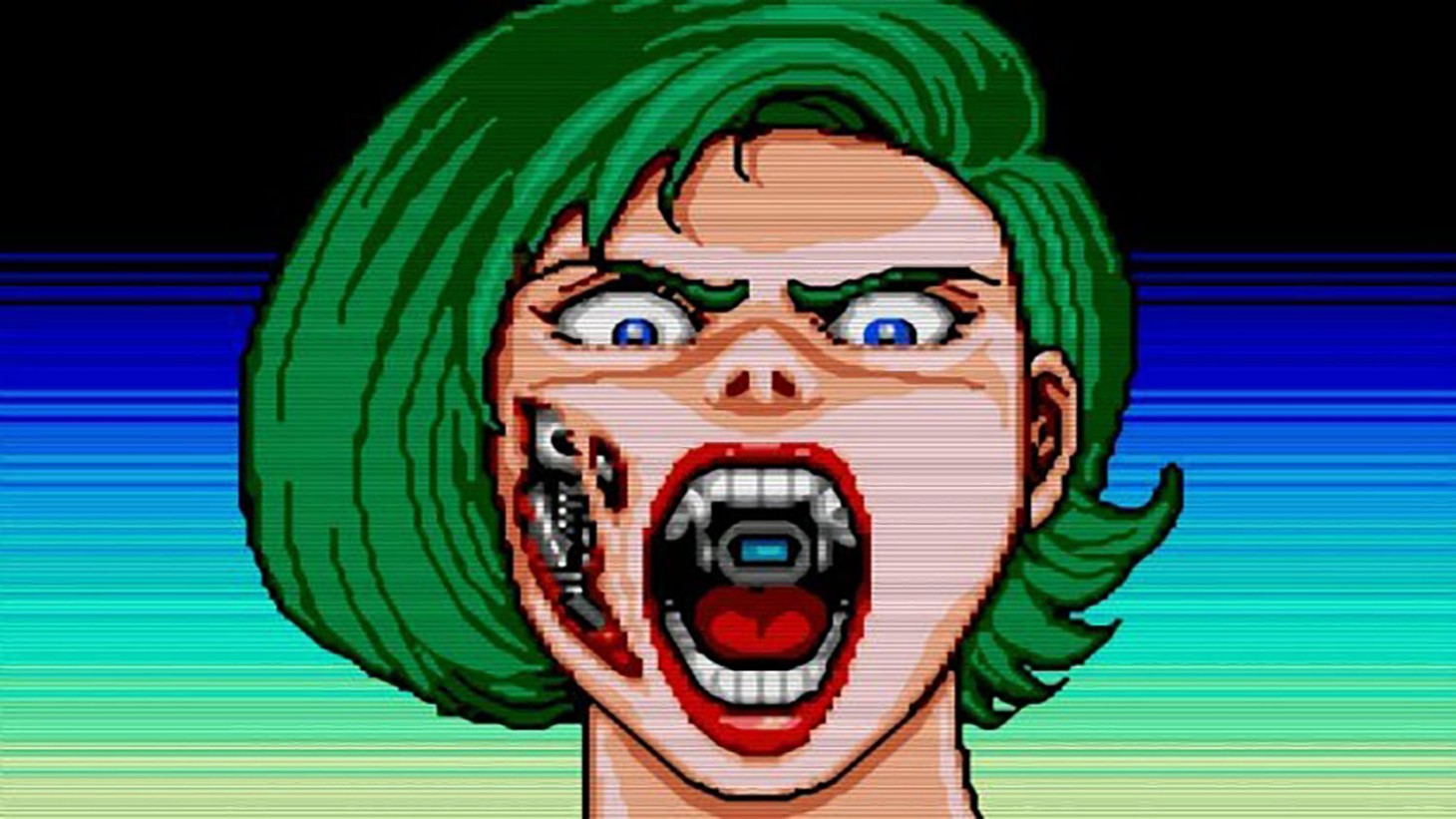 The Top 10 Cyberpunk Games Of All Time

Hackers. Androids. Body Augmentation. Political conspiracies. Neon. Since cyberpunk's inception in the early '80s, the anarchist trappings of the genre have taken root in culture, resulting in influential and ridiculously stylish works across all mediums – including video games. Observer, a unique cyberpunk horror game that feels like a combination of Blade Runner and Silent Hill, launched today (spoiler: it's pretty great) so what better time than now to take a look at the best cyberpunk games of past and present? We ranked these games by their influence, whether they have (or will) stand the test of time, and how they use the genre's strengths to create intriguing, unique gameplay.

With that in mind, let's get to it injustice-fighting cyberpunks. 10. Syndicate
Years before Starbreeze rebooted this series as a stylish and violent first-person shooter, Syndicate was a strategy game by Bullfrog, the makers of Dungeon Keeper and Magic Carpet, that pitted corporations against each other in a grim future. You controlled a squad of four cyborgs and sent them into various competitors' bases to steal their resources, kidnap their personnel, and cause all kinds of havoc in order to conquer more corporations and take over more territory. Syndicate's disturbing but tactically deep gameplay remains fresh, and its seemingly simple narrative was actually ahead of its time, encouraging you to play not as a do-gooder but a scummy tactician willing to do anything to get the job done. Nearly two decades later and Syndicate remains one of the most influential cyberpunk games. Even better, it's still fun to play. 9. Shadowrun Returns
Shadowrun made a huge splash when it released for the Super Nintendo in 1993, becoming one of the most important RPGs of its time as well as an essential cyberpunk video game. Unfortunately, the license didn't result in many more interesting video games for a while. Microsoft's 2007 multiplayer centric "reboot" lacked so much of what made the original game and its rich world so fascinating. However, in 2012, indie developer Harebrained Schemes Kickstarted a proper revival. An isometric RPG, Shadowrun Returns wisely used the original game's world while also setting off on its own path, with an open-ended system that let players navigate this future on their own terms. Want to be a wise-cracking Orc who talks through every difficult situation? Or an Elven hacker who can also throw down when it's brawlin' time? Shadowrun Returns has something for everyone but is particularly interesting to D&D fan who love crafting stories and characters with the tools provided.

Taking the reins on a beloved franchise is a Herculean task but Harebrained Schemes more than delivered on its promise to bring Shadowrun's fusion of fantasy and cyberpunk back to the spotlight. Two expansion packs, Dragonfall and Hong Kong, also greatly increased the amount of content of the base game and are worth playing as well. 8. Observer
The most recent entry on this list, Observer is unique even within the realm of cyberpunk because it doesn't use the familiar neon-lit urban sprawl to tell a story about the horrors of body augmentation and economic despair. Instead, Observer is a claustrophobic game that takes place in 'the stacks,' a rundown apartment complex where monsters of both flesh and the mind await you as you search for your missing son and take on a corporate conspiracy. Filled with jump scares, plot revelations, creepy set-pieces galore, Observer is the best of both worlds for fans of horror and sci-fi. Also, the game has Rutger Hauer, who played the android Roy Batty in Blade Runner, voicing the protagonist. Can't beat that with a dismembered replicant arm. For more on Observer, check out my review. 7. Invisible, Inc.
This much can be said about developer Klei Entertainment: They never make the same game twice. After having players sneak their way through Mark of the Ninja and try and survive for as long as possible in Don't Starve, Klei took them to the future, casting them as a tactician in the futuristic espionage-filled world of 2074. A mix of XCOM's high-stakes strategy and Syndicate's cruel corporation themes, Invisible, Inc. has carved out a name for itself as a challenging rogue-like strategy game. As a member of a private intelligence agency, you must build up a team of spies, hackers, and other operatives to take on greedy corporations hell-bent on controlling the world. Boasting Klei's beautiful animated art style and satisfying tactical gameplay, Invisible Inc. is sure to delight strategy fans and sci-fi rebel wannabes alike. 6.  Transistor
Supergiant's follow-up to Bastion retained the top-down look of the incredibly successful indie, but traded fantasy for science-fiction. Players take on the role of a mute former songstress named Red who wields a giant talking sword as she navigates the futuristic city of Cloudbank. Transistor's enigmatic storytelling and its tactical battle system are equally engaging, letting you use powers called functions in battle to defeat a robot army controlled by corrupt city officials know as Camerata. Though the battles can get repetitious toward the end, Transistor is ultimately, as Matt Miller wrote in his review, a trek "into a strange and enchanting world." 5.  Far Cry 3: Blood Dragon
A surprising departure from its predecessor, Blood Dragon forsook the tropical madness of Far Cry 3 for a nostalgic and zany embrace of the '80s. Referencing everything from Terminator to 8-bit games, this standalone DLC was a hilarious send-up of '80s pop culture. However, Blood Dragon's got more going for it than nostalgia: it's an absurdly fun game that uses the foundational gameplay of Far Cry 3 to create an utterly delightful experience. Playing the protagonist Sergeant Rex Power Colt, Michael Biehn (known for playing Kyle Reese in The Terminator), delivers ridiculously cheesy lines like "I'm tucking you into your deathbed, and your blanket is six feet of my sh*t."

Blood Dragon's unapologetic and nonsensical aesthetic also lands it on the fringes of the cyberpunk genre. It might not appear to be a classic cyberpunk story, but its delightful rejection of taste and obsession with neon sci-fi nonsense is more than enough for us. 4. System Shock 2
Ah yes, hero hacker versus narcissistic and genocidal artificial intelligence, a classic tale as old as...uh...time? System Shock 2 is a classic due to its rich, terrifying atmosphere and its engaging story, with you serving as pawn in a war between two warring A.I.s. Though System Shock 2 might initially appear to be more sci-fi horror in line with Alien and The Thing than cyberpunk, the game's focus on hacking spaces and body augmentation means it more than occupies its fair share of space within the cyberpunk genre.  For more on System Shock 2, be sure to check out our feature on how Night Dive Studios brought the franchise back from the dead. 3. Shadowrun
A complex and impressive RPG for the Super Nintendo, Shadowrun was many gamers' introduction to the technological allure of cyberpunk. Set in 2050, Shadowrun follows the adventure of cool guy amnesiac Jake Armitage as he tries to recover his memory after a botched assassination attempt. Based on the popular tabletop roleplaying game of the same name, Shadowrun's fusion of fantasy and sci-fi makes it one of the more unique RPGs for the system. While you're probably better off playing Shadowrun Returns if you want an updated take on what made the first game so special, it's hard to deny just how impressive and influential the original entry was. It nailed many of the tenets of what makes cyberpunk captivating – depressing cityscapes, the noir tone, and even racial politics. 2. Snatcher
During the years between Metal Gear and Metal Gear Solid, Hideo Kojima worked on two first-person adventure games: Policenauts and Snatcher. The latter is a vital work for cyberpunk as well as adventure games in general. Snatcher follows detective Gillian Seed's attempts to track down a group of androids called Snatchers who are killing people and taking their place. Though it might wear its Blade Runner influence on its sleeves a little too much for some, Snatcher is among the earliest and best video game articulations of what makes the genre so attractive, with a gripping futuristic, paranoia-tinged tale. Snatcher was also a surprisingly graphic game for its time, featuring nudity, gore, and adult themes that helped it stand apart. It also foreshadowed Kojima's obsession with using sci-fi to explore sex, philosophy, and the cost of being human in Metal Gear Solid. 1. Deus Ex
The big one. Deus Ex couldn't be more cyberpunk unless it was named William Gibson's CyberBonanza. Deus Ex has all the trademark features of the genre, from dark cityscapes and body augmentation to intricate political conspiracies and hacking. It doesn't hurt that the original Deus Ex is one of the most influential games of all time, serving as a roadmap for future developers to make first-person shooter/RPG hybrids that allow players flexibility in how they play through skill trees and moment-by-moment tactical decisions. Sure, you could murder your way, stealthily or otherwise, through the entire game. But you can also sneak and not kill a single soul throughout the game. That might not be a big deal right now, given how games like Dishonored and Metal Gear Solid V made that the norm, but in 2000 it was a revolutionary concept for a first-person RPG.

The original Deus Ex left a huge mark on games in general with its innovations toward character creation and immersive systems. The story's handling of all its despairing, futuristic themes also remains deft. It never really feels like Deus Ex is throwing the kitchen sink at you even though it hits every item on the cyberpunk checklist. For more on Deus Ex, be sure to check out our feature on how it changed gaming.

We're not done! For more great games, check out our honorable mentions by going to the next page. Honorable Mentions
A lot of great cyberpunk-inspired games are out there, and while not all of them could crack our top ten, here are a handful also worth your time. Gunpoint
A great little indie title from Tom Francis, a former PC Gamer writer, that focuses on stealth. It's a brief, fun, and challenging dive into espionage. VA-11 Hall-A: A Cyberpunk Bartending Simulator
I mean...it's literally what the title says it is and the gameplay more than lives up to it, with you making your customers drinks and lending your ear to their troubles. If you want something less violent than your typical cyberpunk affair, this is probably what you're looking for. Syndicate (2011)
Starbreeze's hyper violent take on Bullfrog's strategy series isn't as influential or good as the original game, but it's still a fun shooty/hacky time. E.Y.E. Divine Cybermancy
The less said about this quirky shooter/RPG hybrid the better, as it's a game you should experience yourself. If you like strange worlds and interesting games that are rough around the edges, this one fits the bill. Technobabylon
A clever game in the mold of classic point-and-clicks like Escape from Monkey Island, TechnoBabylon has a rich world and well-crafted characters.