Four Features Ubisoft Envisions For Beyond Good And Evil 2 To the surprise of many fans, Beyond Good and Evil 2 made an appearance during the Ubisoft press conference. We saw a woman and an ape with a cybernetic arm aboard flying motorbikes, evading missiles after a shady meet-up in a restaurant. While a sequel was originally announced in 2008, that was a separate project that never came to fruition. This time around, the team is planning a prequel that takes place generations before the birth of Jade (the protagonist of the original) and has a much more mature tone. The development team says they are still at "day zero" of development. We saw a tech demo and the team shared concept ideas for what they plan to include in the game. You can view these below.

Exploring The Galaxy
In the tech demo that was shown to us, we saw the ability to fly a spaceship up into the horizon to seamlessly leave the planet and visit another, a similar concept to No Man's Sky. With said spaceship, you can explore several different planets and locales, each with their own distinct personality, such as mining towns or Mafia-run areas.Your spaceship isn't immune to damage and harsh environments, however. Planets can dynamically change, such as an astroid strike altering the planet's environment, and your spaceship may need certain upgrades to access it. Your spaceship can also hold smaller spacefaring vessels and you can exit it any time to fly around a world with your jetpack.

Customization
In Beyond Good and Evil 2, you customize your own character who has their own unique origin. For example, if you play as a slave, you may better understand other slaves and the struggles they face. On the other hand, you may face racism from other characters. Ancel explained that in Beyond Good and Evil 2, your character will start off at the bottom of a social ladder, and eventually climb up high enough to afford an expensive spacecraft. This spacecraft is also customizable, to help you access planets with harsh environments and more.

Building Your Crew
Assembling a team is one of the key gameplay elements in Beyond Good and Evil 2. Ancel said that his team plans to focus on diversity and culture, giving a wide array of character archetypes and interesting people to potentially recruit. "We love space, we love science fiction, but we also love human culture," Ancel says. This group that you gather will help you fight off enemies, who are the large corporations creating hybrids and exploiting them. As you progress, you will better understand how the world of the original game came to be and how hybrids were not always free people with rights.

You Can Play With A Friend
Another topic Ubisoft brought up during the presentation was that you can play Beyond Good and Evil 2 with a friend through online co-op. Additionally, there is a shared world component and some in-game events will happen for all players. Some of the co-op features sound ambitious, though it's unclear just how nuanced they will be until a playable demo is available.

For more on Beyond Good and Evil 2, watch the reveal trailer from E3. 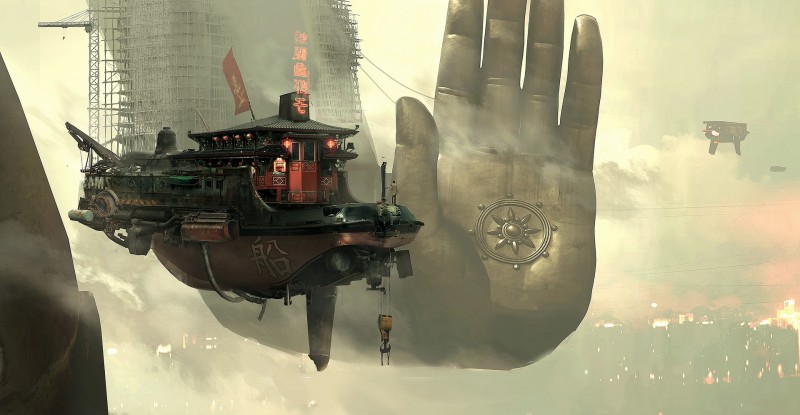