When Capcom first announced Resident Evil 7 earlier this year at E3, fans were taken aback by the new direction, which put players behind the eyes of an unknown character in a stealthier, less-bombastic tour through a horror-filled mansion. Despite Capcom’s insistence that RE 7 would remain true to the brand, fans had trouble recognizing their beloved survival horror franchise in early demos, which seemed inspired by games like Amnesia: The Dark Descent and P.T. We spoke with series producer Masachika Kawata to find out why this title deserves to be called Resident Evil.

Considering how much of a departure the game is both aesthetically and narratively (from what we've seen), why name it Resident Evil 7 instead of calling it a reboot? Do you consider this game to be a reboot for the franchise from a gameplay perspective?
If you look at just the gameplay that's been shown so far, you may think of it as a reboot at first, but the story and narrative have shaped up to fit the series as a numbered title. It is still a Resident Evil title, which draws on the series' roots of horror, exploration, puzzles, and combat while offering something new. Rather than playing it safe and sticking with what we're used to, we strived to create something new that would impact players in a different way with a more immersive, personal experience. We wanted to create a game that really pushes survival horror to the forefront and focus on what makes a game scary, while still being a fun and entertaining experience from a gameplay perspective.

So far all the teasers and demos we've seen haven't been from the actual game, causing confusion from fans about how the game will play. Why has there been so much secrecy about the game and why did you choose to present it this way?
In order to fully enjoy a horror title, we don't think it's good to release too much information beforehand. What's hidden in the darkness? Who are the enemies? How do I escape? These are questions we would prefer to leave unanswered before the player experiences the game, so that they can uncover things on their own. As a result, we understand some fans have questions about the contents of the game, but we assure you that we're ready to deliver a Resident Evil horror experience of the utmost quality.

The series has been going in a more action-oriented direction, why did you feel now was the time to shift back to horror?
We had three consecutive Resident Evil titles filled with action, and we figured this would be a good time to switch gears and challenge ourselves to do something new. The past few titles have increased to a grander scale, and as we approached the 20th anniversary and evaluated the series' legacy and roots, we were inspired to create something more personal this time around. What better way to celebrate the franchise than to return to its roots in survival horror and take it in a new direction with an immersive, terrifying experience.

Will any elements be returning from previous games (enemies, puzzles, characters)?
Based on just the atmosphere and graphics alone, it might be difficult to recognize it as a Resident Evil title upon first glance, but rest assured that RE 7 contains many of the hallmarks that fans love including exploration, item management, and puzzles. We've made a lot of effort to really strengthen the core of survival horror to the fullest, so you'll get the sense that this truly is a Resident Evil title when you get your hands on it. This game also embodies one of the central themes of Resident Evil which is the balance of tension from fearful situations with the relief from being able to overcome them.

Will we see a return to the campiness that the first four games were known for? Or is this a more serious title?
We're pretty focused on embracing the aspect of "horror." However, at the end of the day, it's still a video game designed for entertainment, so we made sure to include scenarios that will pull your emotions in all sorts of directions.

Why the transition to a first-person view?
When we decided on the direction of focusing on horror, we thought that having a first-person perspective would be the most effective way to fully immerse the player in the experience. By making the player the main character, we believe they'll be able to have a more personal connection to what's going on and experience survival horror like never before.

Did the team pick up any best practices from The Umbrella Chronicles regarding the first-person camera and horror?
They are similar in terms of both having a first-person camera perspective, but they're fundamentally two different types of games: one is on-rail shooting where the focus is shooting action that's presented to you in a way where you experience it as it comes to you. RE 7 on the other hand is a more immersive campaign where you, the player, becomes the protagonist and must experience everything for yourself with more control over your interaction with the surroundings. So, although they both use first-person camera views, they're intended to achieve different purposes.

What prompted the switch to a Western writer as opposed to a Japanese one?
The base script was still written by our Japanese script writer actually, but we also wanted to have an English native's perspective to have a final check in making sure the story worked for the West.

What were some of the team's inspirations for this title?
The team certainly looked at a wide range of all kinds of horror, including movies, books, and games. We don't want to spoil anything, and there wasn't necessarily one key influence per se. However, one of the strongest influences we can say for this game was actually the original Resident Evil games themselves and wanting to stay true to the franchise, so players are bound to pick up subtle nods and elements throughout the game. What were some specific areas you wanted to improve on for past entries? What feedback from fans did you take into account?
We've heard from fans over the years and definitely took into account what they wanted from a Resident Evil title. One of the main things we've heard loud and clear was the desire for a return to survival horror, so this was a huge factor in our decision to make Resident Evil 7 a horror-focused title.

Do you feel like it's better to play this game traditionally or in VR?
The core gameplay and content are the same no matter what version you play, and you will still get an immersive, horror experience regardless of which version you play. Playing in VR is an option that can heighten the immersion, so I highly recommend trying it in VR at least once.

This is one of the first triple-A games to hit VR, what have been some of challenges and why did you want to go all-in with VR for this entry?
When we released the Kitchen tech demo at E3 2015, it really proved to us that VR technology melds well with the horror genre and first-person player perspective. Using that experience, we explored different means of utilizing VR and ultimately decided on making the entire game in VR. We have VR as a flexible option though, which allows the player the choice to play as little or as much of the game in VR as they'd like in this mode.

How much has the game being fully compatible with PSVR affected the design?
The core game content is the same. However, we definitely took measures to maximize player comfort when playing in VR. For example, we changed the player's movement speed. We spent a fair amount of time even at the conceptual stage, trying to figure out how to make things work as best as possible in VR.

Any misconceptions about the game that you'd like to clear up?
At first glance, it may not seem like it, but this title will offer plenty of familiar aspects of Resident Evil, from fighting against different creatures to tense, atmospheric exploration and solving various puzzles. As mentioned previously, there are even some subtle nods throughout the game that we hope fans will enjoy discovering as they play.

For more on Resident Evil 7, read our hands-on preview. 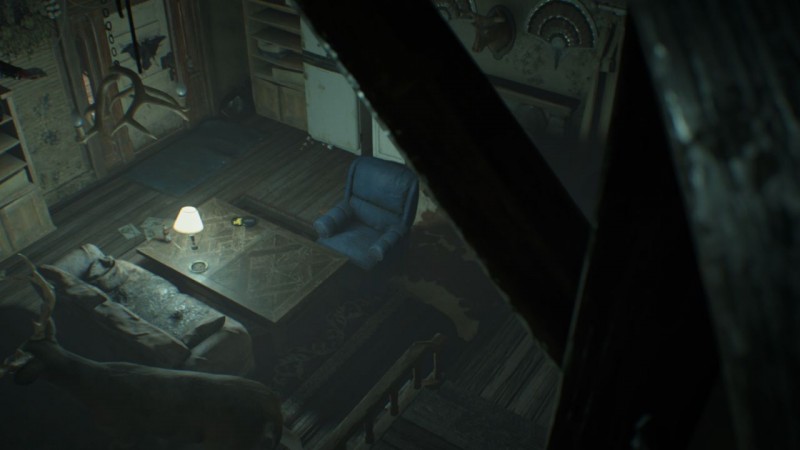 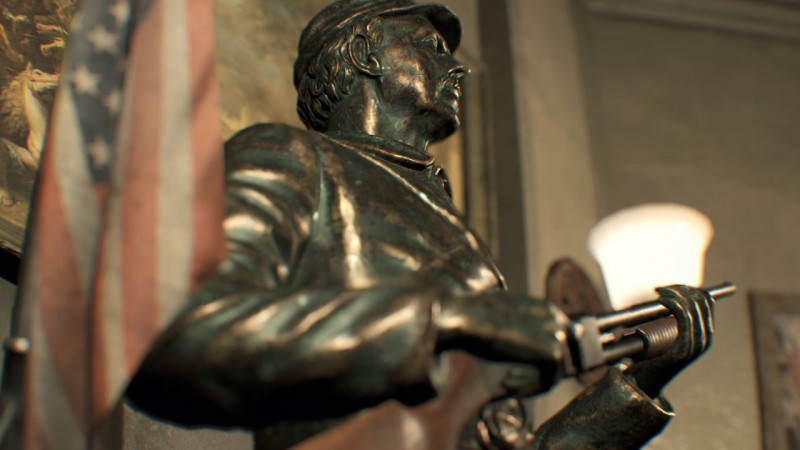 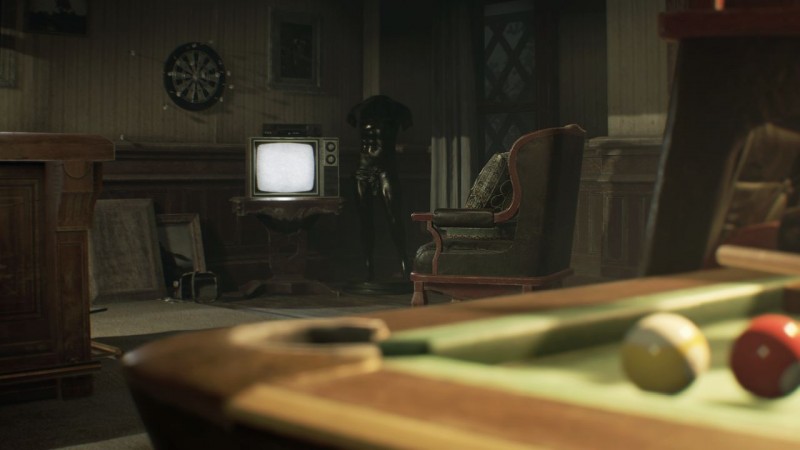 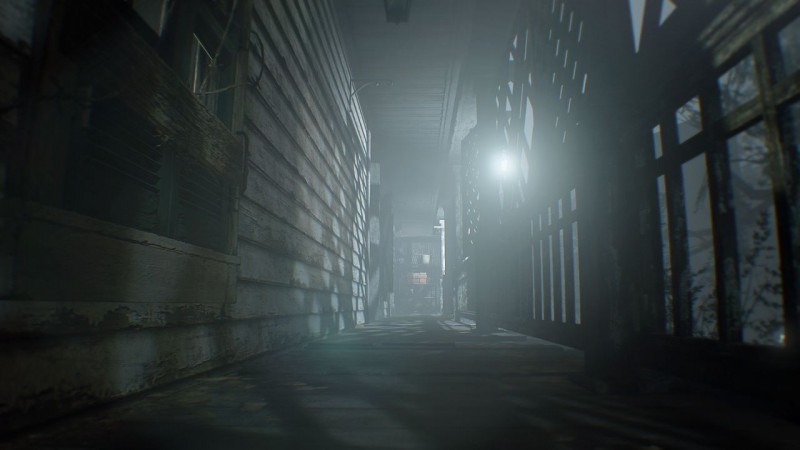 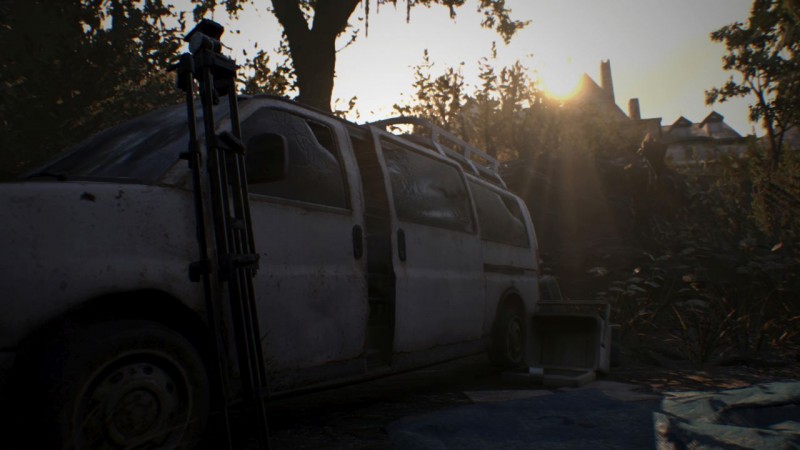