One of Dark Souls III’s defining traits was acting as a sort of abridged version of the series. When you aren’t literally revisiting areas from previous games (like the trek through a new part of Anor Londo), you wander around facsimiles of them. These familiar encounters are retooled enough to play with your expectations, such as when the Jailers in the Irithyll dungeon (that resemble Demon’s Souls Mind Flayers) slowly reduce your maximum health instead of trying to kill you instantly with a powerful magic combo. At its best, Dark Souls III makes you nostalgic in the present, eliciting memories of the series’ best moments while offering some closure for longtime fans. By comparison, the Ashes of Ariandel DLC leaves me feeling empty and wondering why I came to it in the first place.

Ashes of Ariandel features a rather large snow-capped area with parallels to the first Dark Souls’ Painted World of Ariamis, two boss encounters, a variety of new weapons, a few new armor sets, and a handful of spells. The DLC is meant to be a late or post-game excursion (a message left on the ground by the developer advises you not to venture into the area until you beat Lothric Castle). But on its own, it doesn’t offer a compelling reason to return to a game that already had a satisfying conclusion.

As I wandered through the DLC’s initial forested mountaintop beset by a blizzard, I wondered what larger goal this area would have for me, since my character’s journey through Lothric is already over. Taking a sharp right near a cliff that eventually crumbled beneath my feet, I wandered into a dead end riddled with Norse-inspired warriors guarding a tower. I’d been trudging my way to that tower for a while and felt a bonfire was nearby, so rather than methodically work my way through each enemy warrior, I rushed into the tower to plunder all its items, ran out, and kept going until I eventually stumbled onto that bonfire. I didn’t immediately feel the need to go back through that area and after retreading it later to see if I’d missed anything, my gut feeling proved right: barreling through it had gotten me everything I needed. Dead ends filled with items aren’t new for the Souls series, but in Ariandel’s small, self-contained area, they beg the question: why bother? Finding a new Titanite Slab was nice, but at this point, I’d already upgraded my Butcher Knife to +10 and built my character around it. I later found a Strength-based axe that tempted me to switch, but with the amount of times I’d have to upgrade it before it could compete, I figured I’d stick with my trusty cleaver. More experimental players might tinker around with some of the new weapons, but they’ll have to invest some of their leftover resources to see if they measure up.

The new bosses offer another reason to test your mettle again, but they don’t offer as tough a challenge as, say, The Nameless King. The new centerpiece boss, which you spend the majority of your time working up to, is a worthwhile challenge and pulls at least one trick I haven’t seen in a Dark Souls boss, but that tactic loses its impact after the first time you see it. A few of the area's more nimble enemies (and a couple of named non-boss characters) might end up adding to your death count, but you don't face them often enough to commit any of them to memory.

The other boss is only worth fighting if you’re interested in the Ariandel’s other selling point: competitive multiplayer (killing it opens up the multiplayer portion of the DLC). The fight is brief, doesn’t show off anything you haven’t already seen before, and doesn’t feel momentous the way other bosses do. All told, scouring the new area and defeating all of its bosses took me about five hours, though your mileage may vary depending on your character level and build; I played a strength-based melee character at around level 95.

That brevity prevents you from getting the highest highs Dark Souls has to offer. Because the bosses (and the rest of the area) don’t meaningfully connect to the rest of the game, it doesn’t build any sort of momentum. When I beat the area’s final boss, not only did it feel anticlimactic to have slain it so easily, I didn’t feel any sense of closure, either. I didn’t feel as though I’d accomplished anything particularly noteworthy or gained any new insight into this painted world.

The DLC’s timing and position exacerbate that empty feeling. I’d already triumphed over the base game and felt satisfied by its conclusion. I didn’t get that here; not only does this not feel like a complete experience on its own, but since there’s another DLC on the way, I don’t get the feeling of having finished something, either. I just stood there, wondering if I’d missed anything. You can explore a new multiplayer arena that lets you fight in one-on-one duels or six-player brawls, but there’s not much else to do once you’ve worked through the bosses and found some of the key items.

Dark Souls is at its best when you enter into longer contracts where you’re rewarded for hours of effort with a sense of triumph. I’m not convinced Dark Souls works in smaller packages like this, and the Ashes of Ariandel DLC doesn’t dissuade me. It might be a good way to extend another playthrough of the base game, but as a solo excursion it doesn’t feel good enough for anyone who’s retired their sword (or meat cleaver) to pick it back up again. 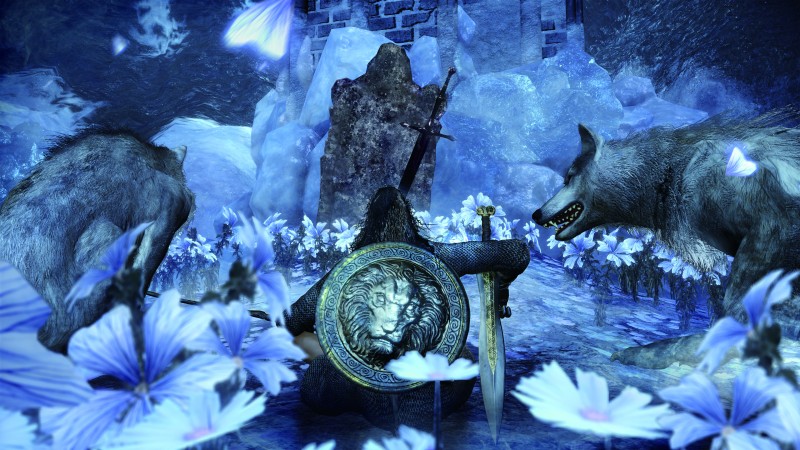 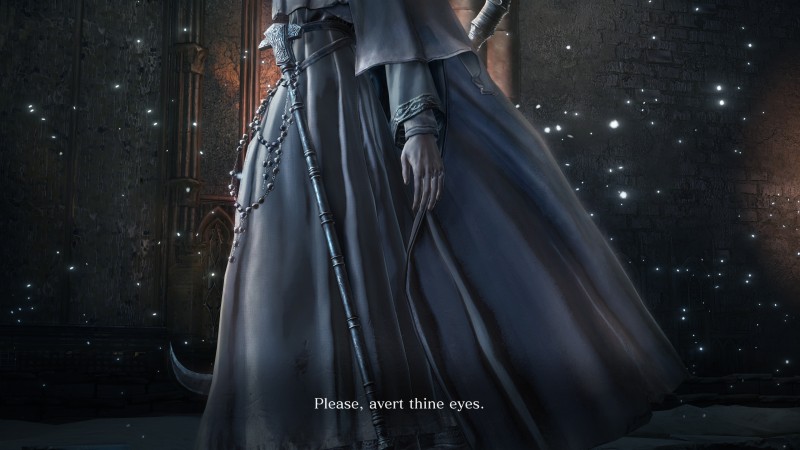 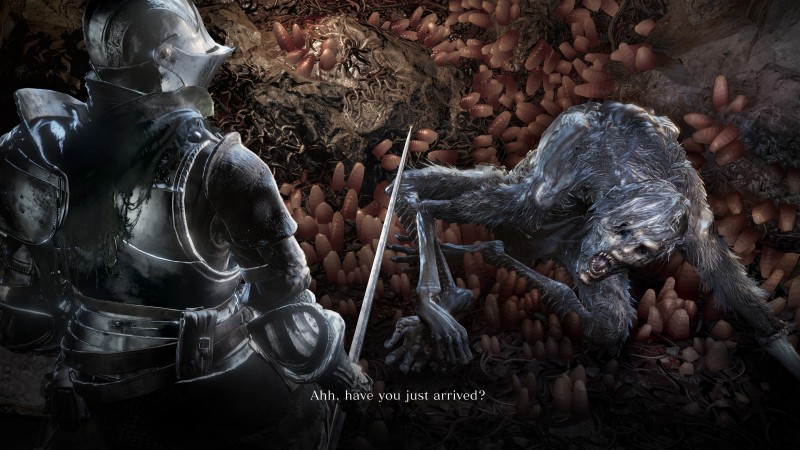 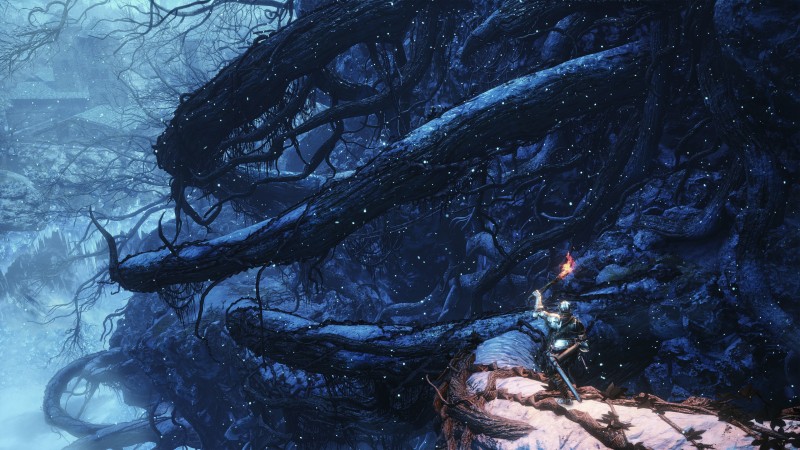 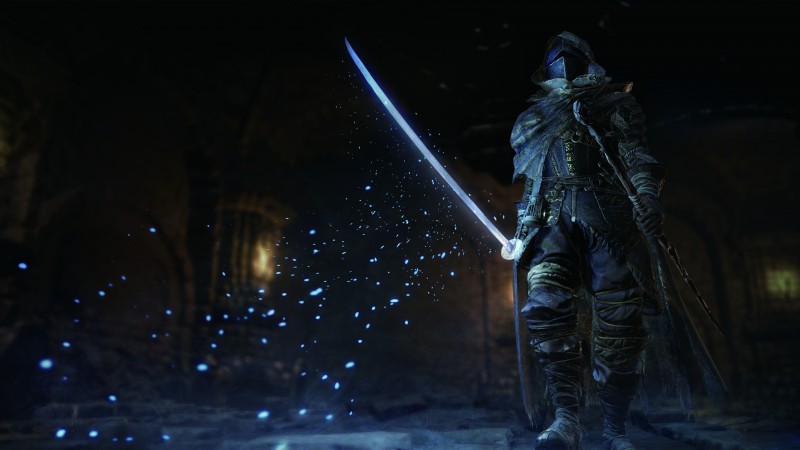 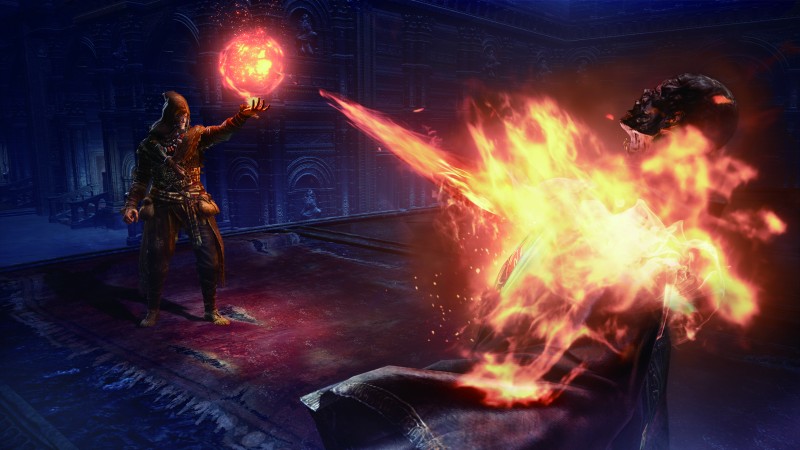 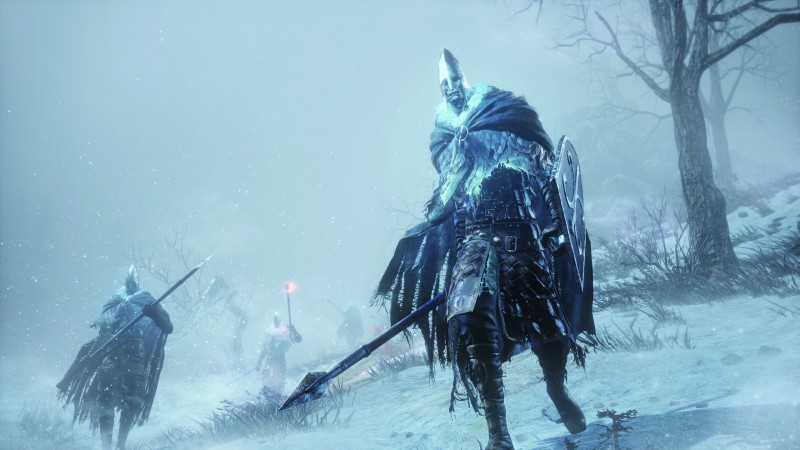 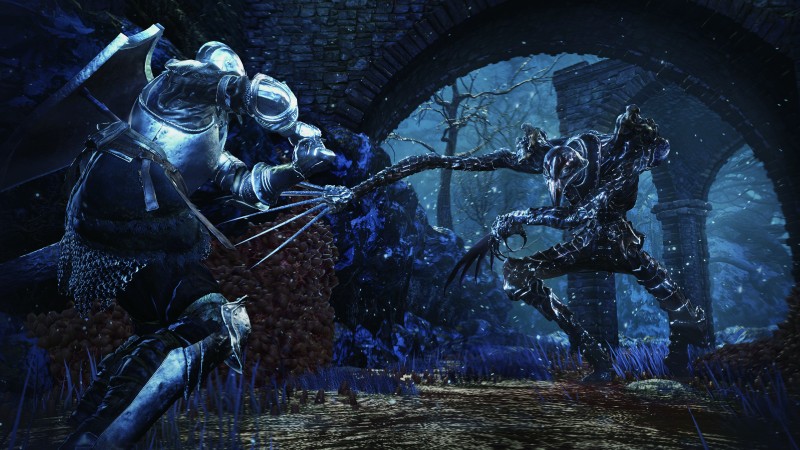 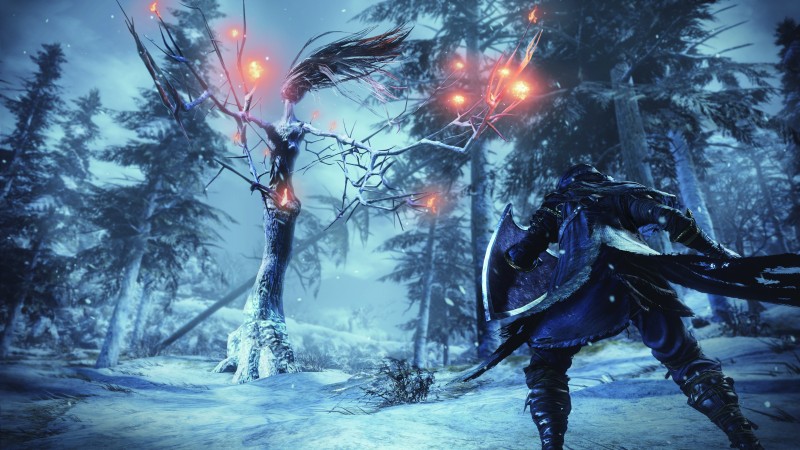