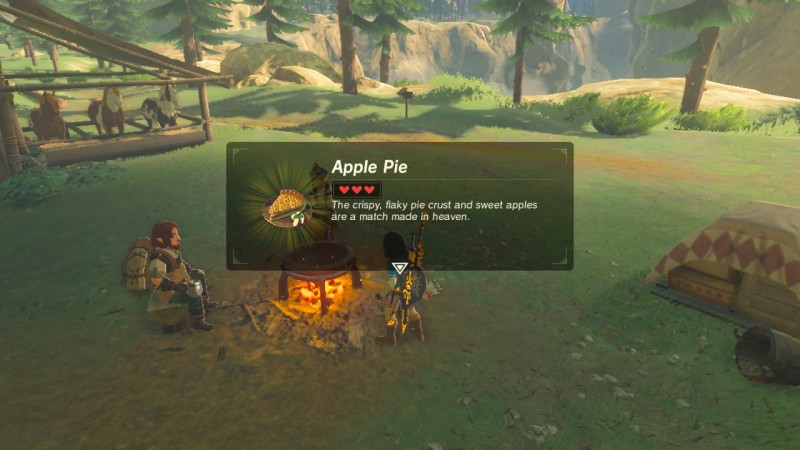 Today is Pi day, and in honor of the occasion lets talk about the cake alternative as it appears in video games.

We originally posted this feature on 2015's Pi day, which was extra special since the date was 3.14.15 –  Pi to first four decimal places. This year isn't quite as special, but it's still an occasion to celebrate, and we've added some new entries.

The pie in Breath of the Wild doesn't offer a great health boost, but it looks like a real edible pie and it's one of those dishes whose required ingredients (apple, cane sugar, goat butter, and Tabantha wheat) make a lot of sense.

Best or worst? Best! It looks great and I made it myself. Had to go all the way to the Slippery Falcon in Rito Village to get the ingredients. That's all the way across town! 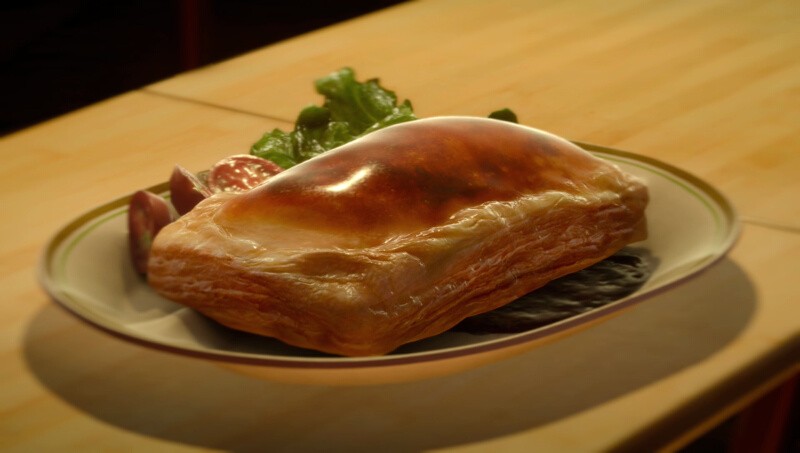 Best or worst: Worst. Look, I like Ignis a lot. He's a great cook and a good friend, but that doesn't look like a pie, and I can't imagine Horntooth meat is great. I am getting a stomach ache just thinking about it. Fallout 4's perfectly preserved pie requires a decent amount of luck in order to acquire. It is a thing of beauty in a world ravaged by destruction and is a worthy goal, despite NPC Mel saying, "I don't trust anything that looks that perfectly preserved after 200 years," in regard to the pie.

Best or worst? Best. Who cares that it will probably exist in your stomach in that preserved form for another 200 years? It's worth it. Bonker, the insane clown who chose the singular version of his name likely to avoid a lawsuit with this guy, uses a pie as a weapon. He's made of clay, but is still designated human for some reason and chooses to throw aluminum foil pans full of cream instead of fireballs when it comes to defending himself. There's a chance he could be making a return soon with the return of the fighting franchise he hails from.

Best or worst? Best. Using a pie as a weapon is a fantastic idea. 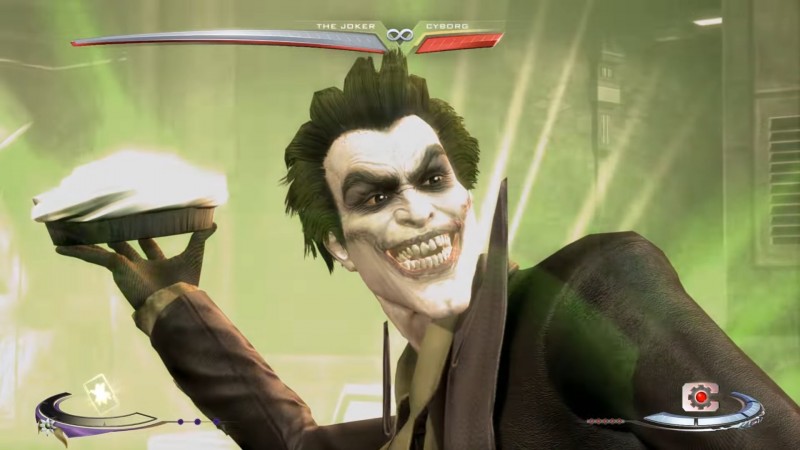 Much like Bonker above (not to be confused with Bonkers – it's a very important distinction) Joker uses pie as weapon in the context of a fighting video game. To be fair, he actually uses it as more of a distraction so he can hit people in the face with a crowbar and then shoot them. It's well known that Joker doesn't give anything less than 110% when it comes to bodily harm.

Best or Worst? Worst. A clown? Using a pie as a weapon in a fighting game? It's been done, thank you very much. Regardless of how you feel about Mr. Felix Kjellberg as a broadcaster, I think we can all agree he is a terrible pie. He's a human person and not a delicious dessert treat made of fruit and pastry (as far as we know). He does, however, hail from Sweden, which some light google searching reveals is home to something called a Swedish Cheese Pie, which sounds great.

Best or Worst? Worst, for the reason outlined above (he's a person not a pie). If, however, we were to invite him to some sort of pie event, he would probably bring a Swedish Cheese Pie, which would be fantastic.

On Oddworld, the only means of food manufacture is to consume the creatures of the planet. Crop farming and vegetarianism are foreign concepts to most of the planet's inhabitants. Initially, Abe doesn't seem to mind. He even rubs his belly in anticipation of eating a Paramite Pie. When he's next up on the chopping block, however, he decides to stand up for something.

Best or Worst? Worst. I don't know what a paramite tastes like, and I am glad I will never get the chance to learn because they're fictional. In The Adventures of P.B. Winterbottom, players control the titular Winterbottom as he tries to collect pies, at any cost. He even manipulates time, fracturing the continuum in the process in order to obtain his delicious treats. He can be somewhat selfish in this regard, but he truly demonstrates that he understands the importance of consuming pie through the course of the game.

Best or Worst? Best. The whole game is about trying to track down a pie. If you play this game you will have a craving for pie by the end.

For more list features about round things, here's one about clocks.