XCOM: A Series That Almost Wasn’t X-COM didn’t change the world. In fact, even if you were a gamer throughout the early ‘90s, it’s possible the game flew under your radar. However, this science fiction strategy title quickly developed a cult following and is widely considered one of the best turn-based strategy titles of its era. But this innovative game almost didn’t see the light of day.

[This article originally appeared in issue 224 of Game Informer.]

The Man From Nowhere
Julian Gollop has always been a nomad. Born in Ludhiana, India, his family moved to Yorkshire, England, when he was two – then spent a few years in Sweden before moving back to Britain. The young Julian spent several years in transition as his family moved around a number of small towns surrounding London. One of the few constants during his childhood was his love for games. “My dad was really keen on card and board games,” Gollop says. “So we played a lot of games as a family, especially at Christmas.”

It didn’t take long before Julian was constructing his own homemade board and card games. “I was always interested in making games, even before computers came along,” Gollop explains. “I saw home computers as a huge potential for making board games that had an artificial intelligence.” At 17, with the help of a friend, Julian created a 4X computer game called Nebula, and he instantly knew he’d found his lifelong career.

Gollop hadn’t received any schooling in computer programming; formalized computer training didn’t exist back in the early ‘80s. Instead, the ambitious young designer learned much of what he knew about computer programming through trial and error. “I bought a book on assembly language,” says Gollop, “but that was essentially my only source of reference and training, aside from a little help from friends who also had home computers.” When Gollop eventually did go to college years later, he took a basic computing class and found that his self-training had been thorough. “I don’t think I attended any of the lectures, but I still passed ­the ­exams.”

After programming a number of strategy games published under his own start up company, Julian finally hit on a winning formula with a game called Laser Squad. The game was a futuristic strategy title about a war that erupted between Earth’s interstellar colonies hundreds of years in the future.

Laser Squad was heralded as inventive because it incorporated concepts like destructible terrain, hidden line of sight (enemy locations remain unknown until they fall within a character’s line of sight), and opportunity fire (characters have the opportunity to fire on enemies when they come into view out of turn). These features sound mundane today – and many were pioneered by board games – but when Laser Squad released in 1988, these concepts felt entirely fresh to PC users.

Laser Squad was so successful that Julian decided to immediately start working on a sequel. Julian’s brother Nick had helped port Laser Squad to the Commodore 64, so Julian asked him to stick around for the official sequel.

The brothers didn’t know it at the time, but they were about to embark on one of the most grueling development endeavors of their lives. The results of their labor would leave an undeniable mark on ­the ­industry. Widening The Scope
Laser Squad had been successful, but the Gollops were hoping to reach a bigger audience with Laser Squad II. To do that they needed the bankroll of a big publisher. “We took a demo to three different publishers,” Gollop recalls. “Microprose was our first choice, because we were such big fans of Civilization and Railroad Tycoon, which pretty much made Microprose the company for strategy games.”

The Gollops took an early demo build into Microprose’s UK studio, but the publisher felt like the game lacked scope. “They told us it needed to be bigger,” says Julian. “They wanted a game that was more like Civilization.” One Microprose executive told them that the game should revolve around a slightly less overt science fiction setting, suggesting that the brothers use an alien invasion concept to tie the game together.

The Gollops took these ideas back to their office, and over the course of a couple weeks, began reworking their game. Julian liked the idea that aliens had secretly started invading Earth, mutilating its livestock, abducting its citizens, and manipulating the Earth’s governments in a scheme to ultimately take over the planet. As he saw it, the governments of Earth would respond to these covert alien attacks by forming an elite organization that was granted ultimate authority to seek out alien threats and subdue them. Like the UN, several national governments would fund this organization, but no one would control them. This organization would be called ­X-COM.

The game’s scope was widened to include a world map. This new top layer of gameplay gave players a global view of the Earth as they managed X-COM’s network of facilities. In this mode, players not only selected which alien hotspots to investigate, they also selected where they would build new X-COM divisions, how many scientists and field agents to staff each location, and what kind of future technologies the organization would research. Players could watch their fighter pilots engage alien spacecraft through what looked like satellite imagery data. All of this was in addition to the strategic ground-based team battles. The whole game made players feel like they were powerful military generals tasked with safeguarding the planet.

The Gollops took their reworked creation back to Microprose. “They were a little bit puzzled at first, because the game concept was relatively new, there wasn’t really anything like it at the time. They didn’t quite understand how the game worked,” Gollop says “I remember going to a relatively big meeting with Microprose, where we had to show the game to at least ten people, including their entire design staff. There were quite a few guys there who were skeptical, but we persuaded enough people that we finally ­got ­approval.”

With Microprose on board, the Gollops’ dream of releasing a big strategy title to a massive audience looked like a reality. The easy part ­was ­over. A Three-Year Ordeal
X-COM took nearly three years to develop. Even by today’s standards, this is a lengthy gestation, but when you consider that the development schedule for many games during the early ‘90s was a little over a year, X-COM’s ballooning development must have seemed unending. “Microprose was pretty hands-off during development,” Gollop adds. “Looking back, it would have been better if we’d had more people working on the game. It was basically me and Nick doing all of the programming, and I was doing all of the design work.” A few artists rotated through the project, and near the end a sound designer added all of the game’s effects, but Gollop estimates that only about four people were working on X-COM at any given time.

Despite the game’s schedule, not every idea would make it into the finished project. The men in black folklore surrounding UFO legends fascinated the Gollops, so the original design document explained how these suited government agents would be featured in the game as members of X-COM. Players could base these characters in a city and collect information about alien activity. “They were like spies,” Gollop says. “But we were told to take them out because Microprose was doing their own game based on men in black. I don’t know what that was, but it didn’t see the light of day.”

Near the end of the game, the Gollops were more concerned with finishing the game than they were adding new features. “There was a lot of pressure at the end to get things done,” Gollop adds. “Microprose wanted to get the game out before the end of one of their financial quarters, so we had a nearly two month crunch period where we were working seven days ­a ­week.”

The Gollop brothers were so focused on polishing the game that they were almost entirely oblivious to the internal politics going on at Microprose. Several months before X-COM was set to release, Microprose was bought out by Spectrum Holobyte, the developer of the Falcon flight simulation series. The top brass at Spectrum Holobyte was primarily interested in Microprose for its simulation games, and they were hoping to cut dead weight from their new acquisition  – a complicated sci-fi strategy title that had been in development for an extended period seemed to fit the bill.

“The game was a little too high concept for them,” Gollop explains. “They didn’t really understand how it worked or why anyone would be interested in it.” Fortunately, X-COM had entered the QA testing rooms at Microprose and many of the testers petitioned for the game’s release. “Me and Nick didn’t know about any of this at the time. We were completely ignorant until the game shipped, but it was very nearly canceled.”

X-COM released on PCs in 1994 and then on Sony’s PSone the next year. It had strong sales in Europe and even sold well in America, which was surprising at the time, because European-developed games rarely sold well here. Microprose thought the game was such a hit that it rushed out a sequel a year later, and the Gollop brothers helped develop a more polished third titled, X-COM: Apocalypse, in 1997.

Ultimately, interest in the X-COM series suffered from a rush of sequels to the market, but the rise of the real-time strategy genre in the ‘90s likely diminished the fanbase of turn-based strategy titles in general. The fact that 2K Marin’s upcoming XCOM title is being reinvented as a 1950s shooter could be evidence for how much the market for turn-based strategy titles has shrunk, which is sad because anyone who’s played the original X-COM understands the thrill of trying to save the world from an alien invasion. 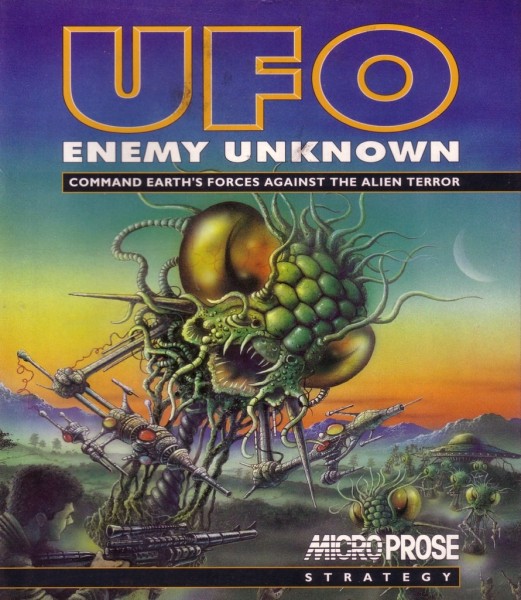 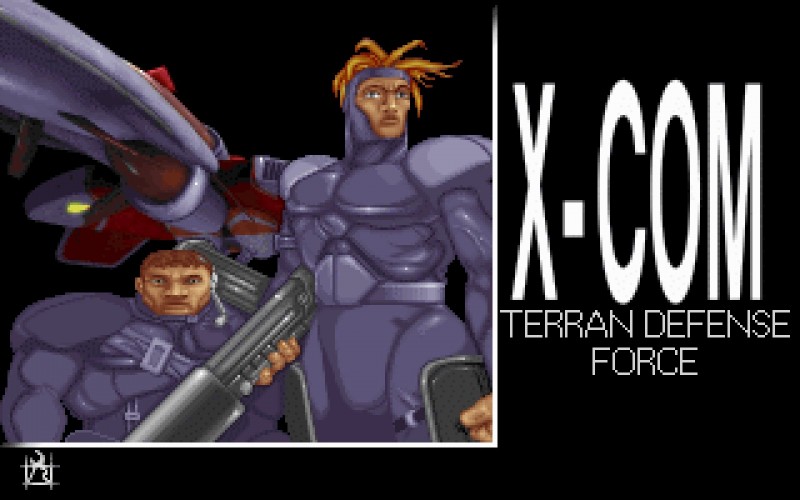 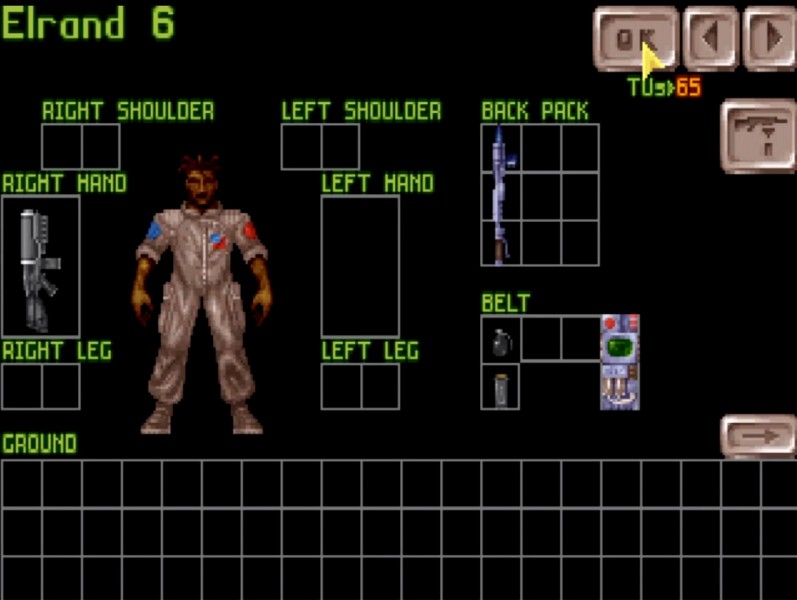 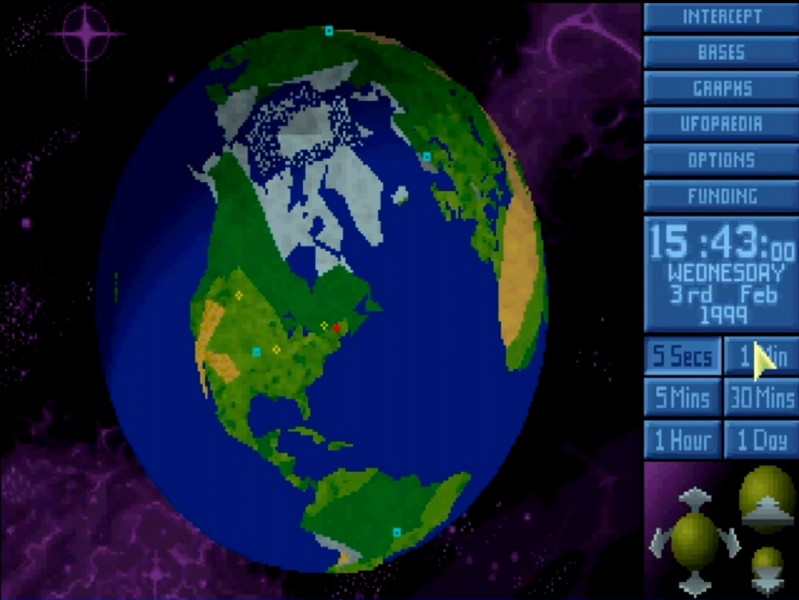 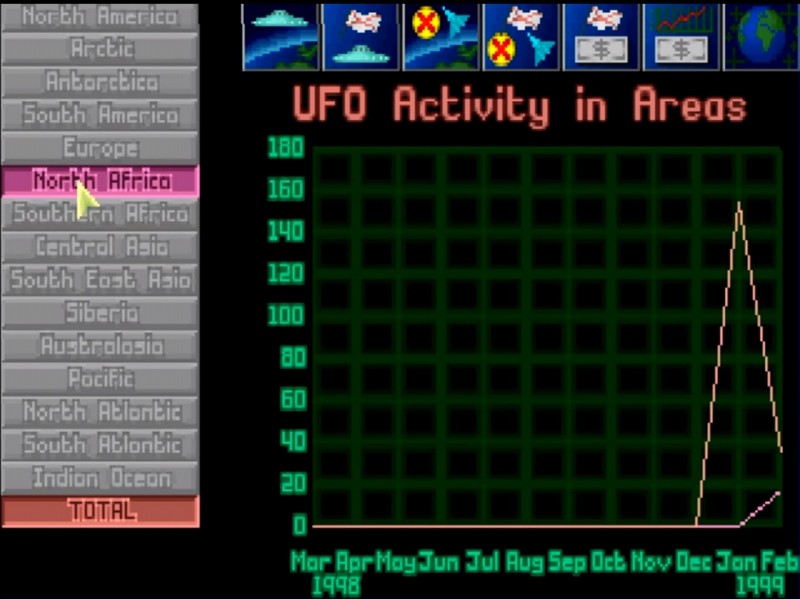 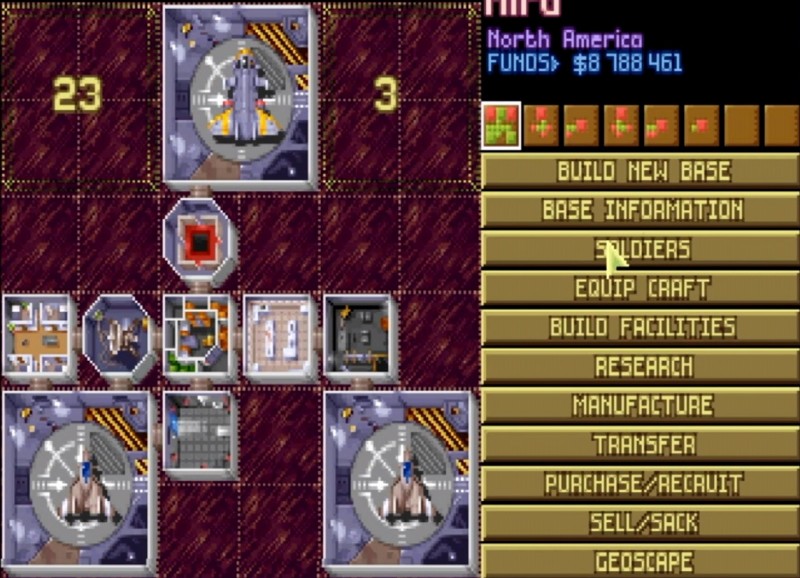 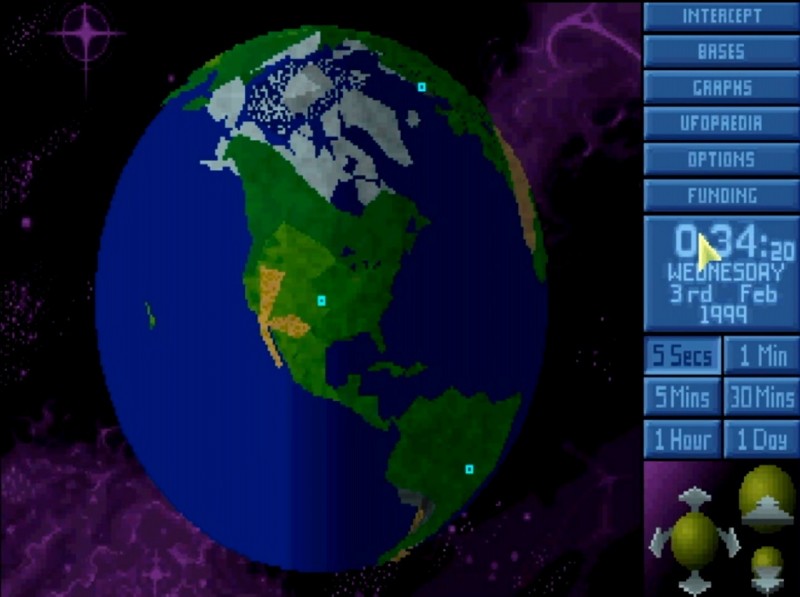 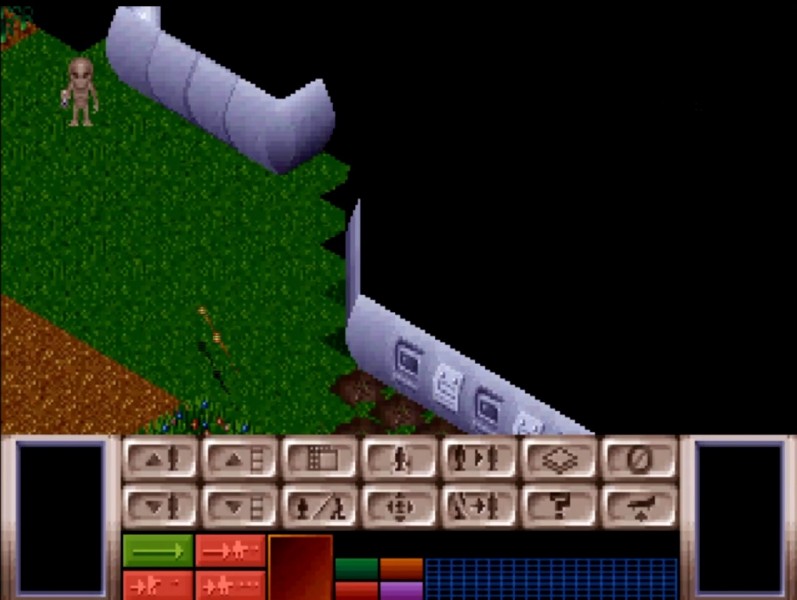 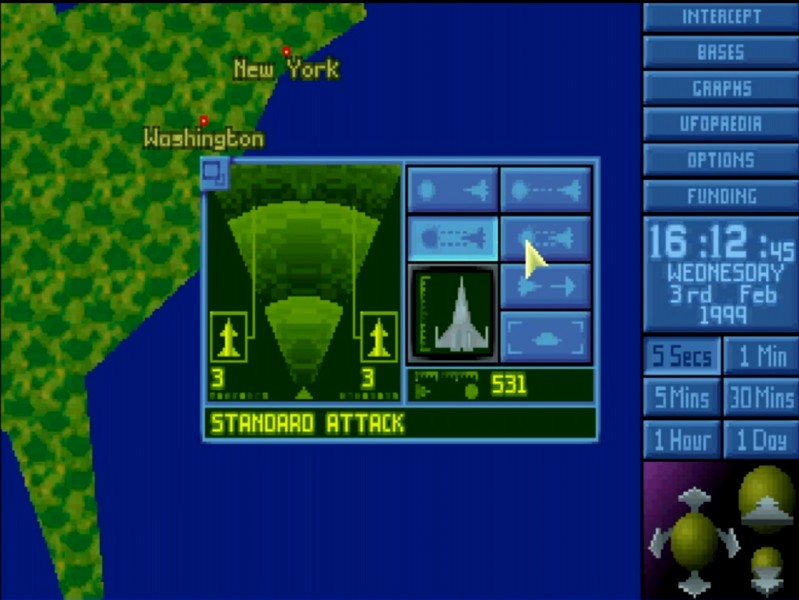