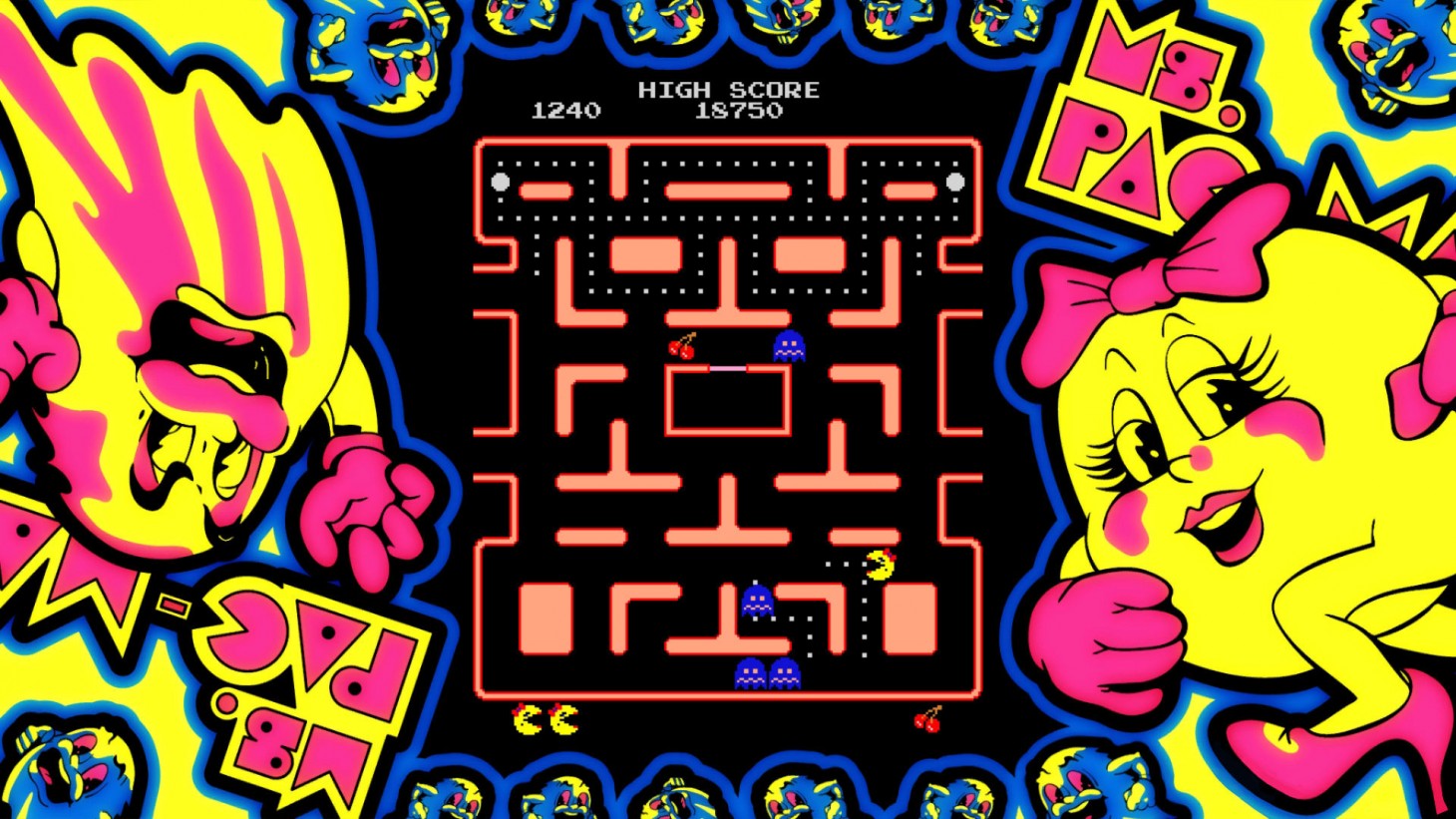 Inside The Development Of Ms. Pac-Man

Pac-Man is a very Japanese game from a Japanese game maker, so it may seem strange that the seeds for its superior sequel grew on American soil. Then again, the story behind Ms. Pac-Man is far from normal. Throughout the years, the legend of Ms. Pac-Man has grown to almost mythical proportions. It’s been said that the game was originally an illegal hack created by two MIT students. Then there was its connection to the urban legend about a Pac-Man-with-legs game, a rare cabinet that was rumored to have floated through the wilds of American arcades during the ‘80s. Not every rumor about arcade’s first lady is true, but the truth – as it turns out – is far more impressive than any fiction. “We’ve never made an attempt at correcting things,” says Doug Macrae, General Computer Corporation co-founder and one of the men who helped create Ms. Pac-Man. “But maybe it’s about time.” Part One: Hacking The Arcade

The Massachusetts Institute of Technology has changed a lot in the last three decades, but one thing has stayed the same: Its students still take time away from their busy class schedules to blow off steam with video games. As students, Doug Macrae and Kevin Curran spent a fair number of quarters in the arcade during their off hours. Except this was 1977, so it was pinball eating away their pocket change, not Street Fighter.

During his sophomore year Macrae inherited a pinball machine from his older brother. Nothing if not an entrepreneur, Macrae set the machine up on campus hoping he could earn a little pocket change. The machine proved to be so profitable that Macrae asked Curran to join him as a business partner, and the two expanded the business to more than 20 pinball machines and arcade cabinets. Macrae and Curran practically owned MIT’s arcade.

Macrae and Curran’s first attempt at modding a game was the result of waning enthusiasm over Missile Command. The Atari game had exploded onto the arcade scene in July of 1980. It initially proved to be so popular on the MIT campus that Macrae and Curran purchased three machines. However, by spring break of the duo’s senior year the title had lost people’s interest. “The coin collecting on them had fallen dramatically,” Macrae explains. “People had gotten rather bored with the game, or they had gotten really good with the game, because it was relatively simple and repetitive.” Macrae and Curran knew the game needed some modification if they wanted to keep making money with Missile Command.

Within the arcade business of the era, an underground market developed for something called enhancement kits. Also known as speed up kits, these circuit boards plugged into preexisting arcade cabinets, interrupting the original game’s programming and laying new code on top of an old game. Enhancement kits were not always legal, but they were far cheaper than buying an entirely new arcade cabinet. Since these kits altered a game’s mechanics by adding new weapons, enemies, and power-ups, it was often all an arcade owner needed to see renewed interest and fresh quarters pumping back into a stalling cabinet.

Macrae and Curran looked for an enhancement kit to Missile Command, but no one had yet figured out how to create one for the game. “This was a more sophisticated game back in that day,” explains Steve Golson, one of Macrae’s longtime friends and an eventual business associate. “Missile Command required an intricate knowledge of how the program worked in order to enhance the game and make it more difficult. No one had cracked the code yet.”

Not to be discouraged, Macrae and Curran took matters into their own hands and made their own enhancement kit for Missile Command. Within a few days the two students had filed paperwork to incorporate a new business called General Computer Corporation, bought a microprocessing development system, and with the help of four friends began work on Super Missile Attack.

The Super Missile Attack kits were an instant success. So successful, in fact, that the duo began circulating four-color ads for sale in trade magazines like Play Meter and Replay Magazine. This immediately attracted the attention of Missile Command’s publisher, Atari, who filed a temporary restraining order against General Computer Corporation. “We ended up in court with Atari,” Macrae remembers. “Atari didn’t understand what we were doing and why we did it. Many people were copying ROMs at the time, and I think that was their initial assumption.”

The Legend  of Crazy Otto 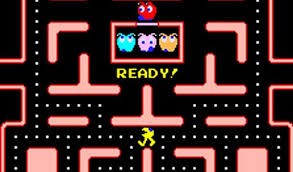 The week of January 18, 1982, Time magazine ran a cover story called “Games That Play People.” Time commissioned a photographer to take several pictures of Pac-Man arcade cabinets around the country. “There were something like 90,000 Pac-Man cabinets in the U.S. at the time,” explains Steve Golson, one of the game’s primary engineers. “There were only three Crazy Otto machines, which Midway was using for market research.” Somehow the photographer ended up taking photos in the only Massachusetts arcade that contained a Crazy Otto cabinet. The photos that Time printed helped reinforce the urban legend that somewhere out there was an elusive arcade cabinet where Pac-Man had grown legs.

The Atari suit lasted through part of the summer of 1981, but out-of-court negotiations began when Atari realized that it would rather have this group of ambitious students (though many of them had dropped out at this point) working for them, not fighting against them. “They dropped the case with prejudice,” explains Macrae, “meaning they admitted they should not have sued us. At the same time we entered into a development agreement to develop games for them, which was our original goal anyway.”

In a matter of months Macrae, Curran, and the few programmers they had hired to help build Super Missile Attack found their fortunes turned around. They were no longer starving college students running a home-brew business in a showdown with a multi-million dollar company. Suddenly they found themselves financed by an industry giant, developing consumer products that would sell millions. Under the General Computer Corporation name Macrae, Curran, and their expanding team of programmers went on to produce 76 different titles for Atari’s home consoles, including memorable arcade ports of Centipede, Dig Dug, Robotron, Pole Position, and Galaga. That same team even contributed to the hardware design of Atari’s 7800 home console. However, another enhancement kit made by Macrae and Curran would prove to be the duo’s most lasting mark on the video game world.

During the summer of 1981, while the Atari legal battle was still raging, GCC began working on its second enhancement kit. “With Missile Command we sort of hit the market too late,” says Golson. “The Missile Command craze had already peaked by the time Super Missile Attack came to market, but Pac-Man had just come out when we began working on the kit for that.” An enhancement kit for Pac-Man had the potential to be big, sure, but no one really understood how big.

As Macrae and Curran saw it, Pac-Man was a good game, but it had its flaws. The patterns of the enemy ghosts were too easy to memorize. An enhancement kit could fix that by giving Pac-Man’s enemies random routine algorithms. The original Pac-Man also had only one game board, which made the game feel repetitive. They could fix this too by adding in a few new mazes. Macrae and Curran also decided to make the fruit, a high point item, more of a challenge to collect by making it move across the field. The finished kit even featured little animated sequences between each map that showed their Pac-Man meeting a female Pac-creature, falling in love, and having a baby. Not wanting to infringe on any trademarks, GCC decided it was best to change the main character’s design, so they took the familiar Pac-Man image and gave him legs. The team christened their creation Crazy Otto.

By early October of 1981, Crazy Otto was complete, but GCC didn’t want to face the same legal troubles they dealt with over Super Missile Attack. Namco created Pac-Man, but back in the early ‘80s the Japanese company didn’t have a U.S. presence and had contracted Pac-Man’s North American distribution rights to Midway. If GCC wanted to do anything with Crazy Otto in America, it needed Midway’s blessing. Curran picked up the phone and cold-called the president of Midway, David Marofske.

Below is a list of the changes CCG made while working on Crazy Otto. With the exception of the main character, every aspect of Ms. Pac-Man played exactly like the original Crazy Otto mod.

On the very same day that GCC signed an agreement to make games for Atari, Macrae, Curran, and Golson drove across town to a covert meeting with Midway. There were high-level employees at Midway interested in suing General Computer, but Midway was facing a financial crunch at the time. Pac-Man had been a huge success for the company, but it had nothing prepared to follow that game up. Crazy Otto had come along at just the right time.

Midway entered into discussions with GCC to buy Crazy Otto and change the name to Super Pac-Man. Midway wasn’t interested in making any gameplay changes, but the company thought the Crazy Otto protagonist should go; the game needed to feature a more recognizable Pac-Man creature. After some discussions it was determined that the game would focus on the female Pac-creature seen briefly in Crazy Otto’s animated sequences.

The two companies worked together to come up with a new design for Pac-Man’s female counterpart. Using the Pac-Man icon as a template, the character was given small beady eyes, a beauty mark, a bow, and long red hair. “They wanted to call it Miss Pac-Man,” says Macrae, “but we quickly pointed out that maybe it should be Ms. Pac-Man since the third animation of the game has them having a baby together.” Not interested in alluding to the birth of any illegitimate Pac-babies, Midway agreed and quickly sent off a demo tape of Ms. Pac-Man to Japan. Namco president Masaya Nakamura took one look at the design and told Midway to immediately remove the hair. Otherwise, Ms. Pac-Man had a green light to release as soon as arcade cabinets could be built.

Ms. Pac-Man released toward the end of 1981 and eventually went on to sell over 119,000 units, making it the most popular arcade game in history. Ms. Pac-Man remains one of the most widely distributed arcade cabinets across the United States. Her image has become so recognizable that she’s appeared on t-shirts, cartoons, and lunch boxes. Perhaps most impressive, her gameplay remains so enthralling that you can now find her everywhere from Internet web portals and game consoles to cell phones. But that much we already knew.