Earlier today, 343 Industries revealed the new Halo 5: Guardian’s multiplayer mode, Warzone. This aims to take all the depth of a traditional Halo multiplayer match and layer in elements from the series’ single-player experience. Weeks ago, during our recent Halo 5: Guardian’s cover trip, 343 Industries invited us to be the first people outside the studio to play an early version of Warzone. We left impressed. Warzone is so big it's bound to make waves when it splashes into online space later this year.

Warzone acts like a giant training simulation where players are divided into two teams of 12 players and tasked with defending their base. From the onset I can tell that this mode is a little different because I’m not just defending my base from other players, but from A.I. enemies as well. Warzone’s numbers are impressive for a big team battle: 24 players face off against upwards of 50 different A.I.-controlled units on maps that are four times bigger than what most Halo fans have ever experienced. It’s not surprising that this is a mode 343 Industries has been dreaming about for years.

“Warzone is the craziest and biggest hurdle we’ve ever taken on,” says design director Kevin Franklin. “It started three years ago as a small demo where we set up a 4-on-4 match with a few A.I. guarding a flag, and it grew from there.”

In truth, 343 Industries has wanted to create a mode like Warzone since Halo 4, but the mode proved to be too much of a bear for the Xbox 360, and the studio wasn’t able to achieve its vision until it moved over to the Xbox One.

It only took a few minutes on the battlefield to get onboard with that vision. My team scatters when the match starts, and while I try to tag along with a few of the experienced developers, I quickly get distracted by a group of Forerunner A.I. Thankfully, taking down these foes earns me enough experience to level up and buy a shotgun the next time I spawn. Less than two minutes into the match, I already feel like I’ve got a bit of an edge.

“As you level up you get better stuff,” says Franklin. “You don’t get the best stuff right away. You have to kill a couple bosses or capture some bases or work with your team to level up a few times. As a designer, that lets us control the crescendo of the match, from the humble beginning when players are shooting each other with their loadout weapons to when the first Warthog hits the field to when the Scorpion tanks start rolling out at the end-game and s--- gets real.” As I continue to explore a level that is easily four times the size of Halo 3’s iconic Valhalla map, the beauty of this system becomes clear. Players can earn points for a variety of things: killing other players, taking down A.I. enemies, guarding or capturing bases, or assisting in boss battles. That’s right, boss battles – periodically throughout the match, high-level enemies spawn on the map. These enemies usually take a coordinated team effort to take down, but they reward the victorious team with a few hundred points.

Those points are important too, because the first team to reach 1,000 points wins the game. Thankfully, points aren’t the only way a team can take home the winner’s trophy. If a team drops behind on the board, they can try to capture all of their opponent’s bases, which lowers that team’s shields, exposing an energy core. If an opposing team takes down their enemy’s core, they end the match immediately.

I was impressed with Warzone’s balancing. 343 Industries hosts in-house Warzone battles at least twice a day to help fine-tune the mechanics and ensure that the mode remains exciting up until the last second. In these massive team battles, it’s hard for any one player to stand out as the worst (or the best) player. Victories feel like communal wins that take the effort of an entire team. Squads often come from behind to win, so you’re never too far behind in points to give up. In my first battle, our team was losing 500 to 900 when we started to turn things around. Our opposition was spending too much time trying to kill an A.I. boss, which gave us the opportunity to sweep through their base and earn enough experience to bring out a huge threat: the new flying tank called the Phaeton.

Warzone was our first introduction to this flying Forerunner ship, which basically acts like a VTOL hovercraft, raining death from above. It comes equipped with an area-attack cannon as well as a machine gun for pinpoint damage. The Phaeton has one weak spot underneath its hull, so when you’re hovering over the battlefield people can take you out quickly if you’re not careful, but pilots can also perform a dash that gives them a short teleport. Using the Phaeton, our team was able to quickly catch up on points and eke out a victory.

After a couple rounds of Warzone, I'm beginning to get the hang of things and look forward to learning these gigantic maps. Warzone aims to combine every element of the Halo franchise into the largest multiplayer mode the series has ever seen. With A.I. enemies mixed in with human players, a Halo battlefield has never felt this epic. I can't wait to play again. Fortunately, 343 brought Warzone to E3 for everyone to play and we'll have an updated report soon on any advances the mode has made in the last month. 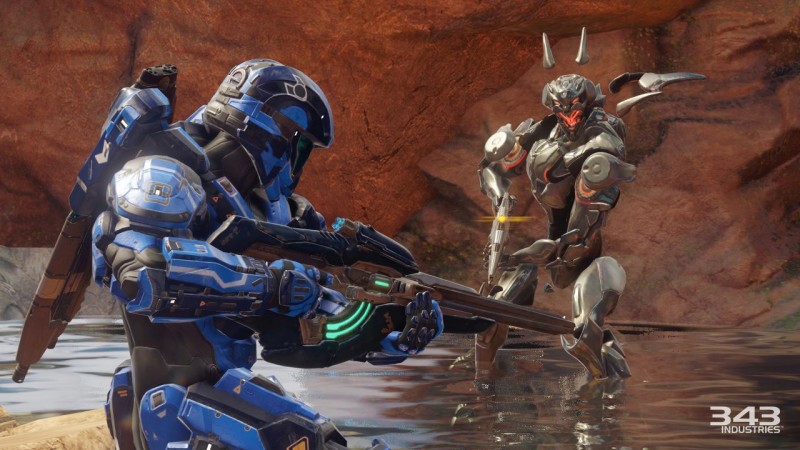 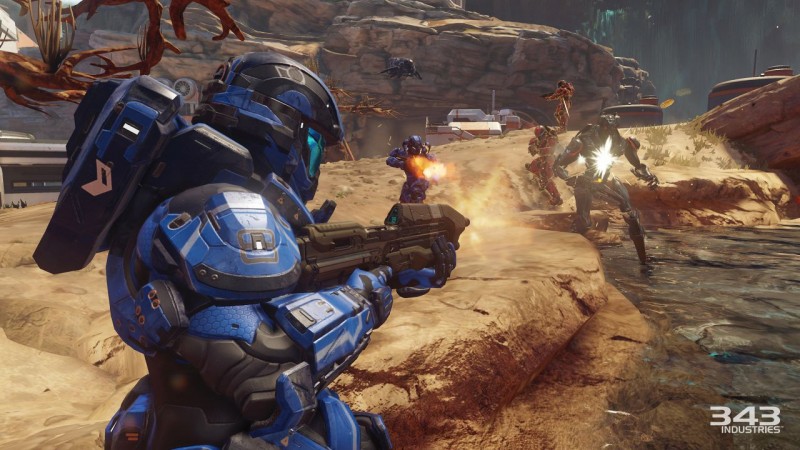 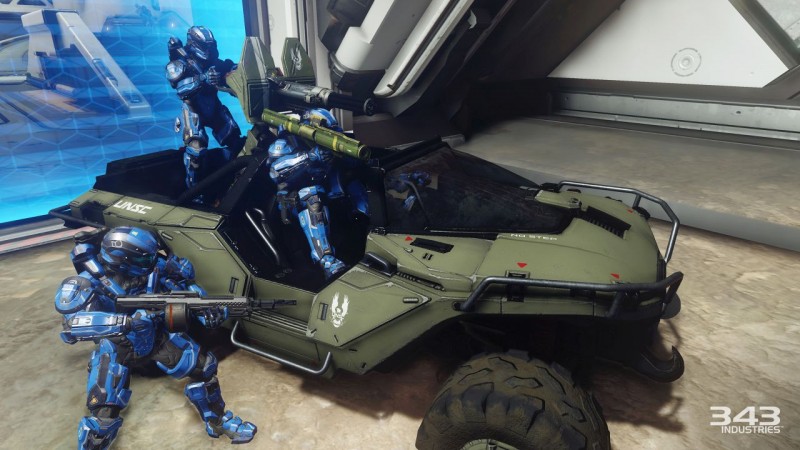 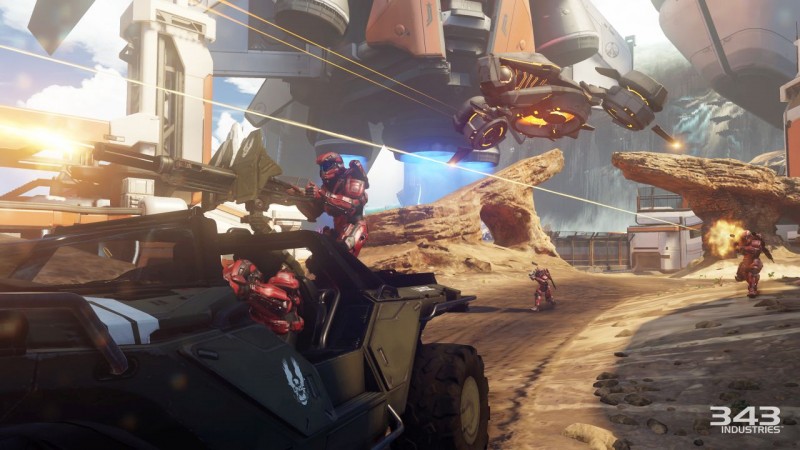 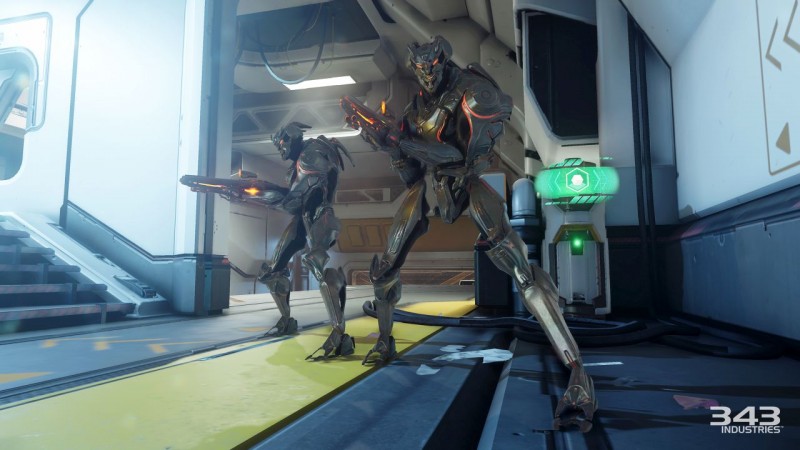 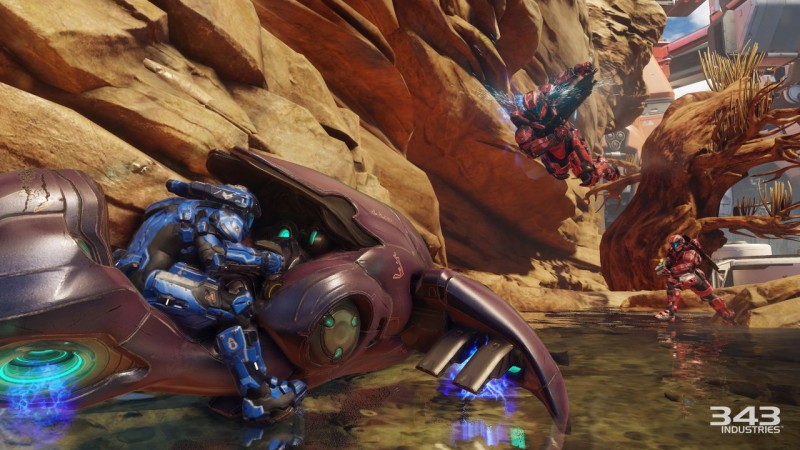 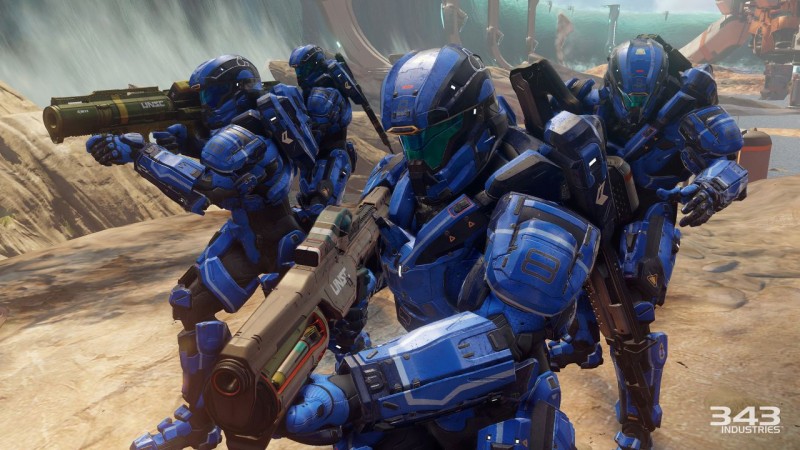 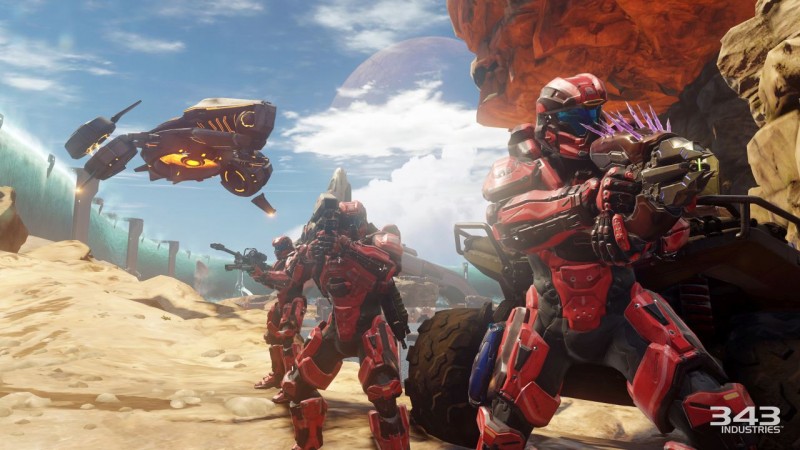 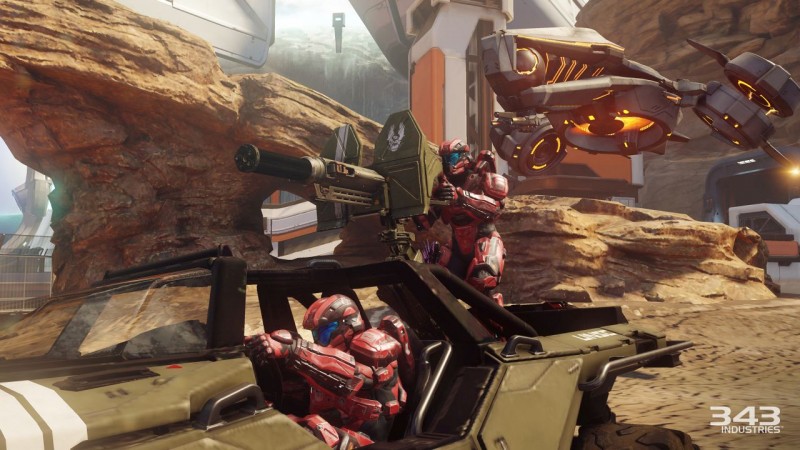