As we enter the Pulse's second week, Evolve continues to hold our top spot and attention. While most of our staff is entranced with monster hunting, other trends are starting to emerge in the chart.

Our team tends to gravitate toward new releases, with editors giving the latest games a test drive. In the coming weeks we'll find out which of these are keepers and which drop off The Pulse.

Over the course of this week, we'll be watching to see if Evolve continues to captivate. Monster Hunter fever is burning up our free time, but will we hang up sword and board early, or will the new accessibility and online features keep us snared?

We also note that in quieter periods, some of last year's titles re-emerge. Grand Theft Auto V is still hanging on, and FIFA 15 made a surprise appearance. Other games that were played but didn't garner enough office-wide support were Dragon Age: Inquisition, Grim Fandango, Borderlands: The Pre-Sequel, Heroes Charge, and Halo: The Master Chief Collection. Tim also completed Fallout 3 for the first time. Be sure to congratulate him on Twitter. EVOLVE
Last week: 1
Evolve was our most played game for the second week running. Most nights have seen a strong contingent of editors setting up hunting parties on PlayStation 4, with a smaller group enjoying the game on Xbox One. Although most staffers are still having fun unlocking new hunters and monsters, it'll be interesting to see if the enthusiasm continues once the unlocks dry up.
2 LIFE IS STRANGE
Last week: --
Life is Strange, DONTNOD's episodic drama, was investigated by a number of editors this last weekend. It doesn't sound like it will get much more support from the staff next week, as many editors are waiting for the entire series to conclude before diving into it. Those who have played it enjoyed it immensely.
4 DESTINY
Last week: 3
Destiny continues to be played daily by a number of staffers who have all three of their characters leveled to cap. They continue playing for farming, Hard mode, and raids, and are looking forward to this weekend's Iron Banner event.
5 FIFA 15
Last week: --
Matt Bertz, Kimberley Wallace, and Matthew Kato have been playing FIFA 15 since it launched last year, and frequently return to the game. Bertz says he likes playing it in between big releases.
6 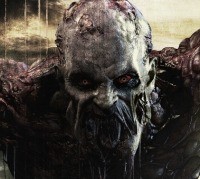 DYING LIGHT
Last week: 2
Engagement in Dying Light took a major hit when most of the staff jumped onto Evolve and Monster Hunter. A number of editors are still playing the game cooperatively together, and said they are in until the end. Expect this one to climb the charts again in the future.
7 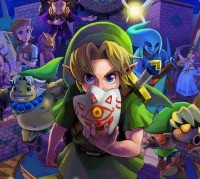 THE LEGEND OF ZELDA: MAJORA'S MASK
Last week: 8
Most of the staffers who purchased a New Nintendo 3DS XL also picked up The Legend of Zelda: Majora's Mask. This game would likely be higher on the charts if some of the editors' New 3DS orders weren't canceled.
8 THE ORDER: 1886
Last week: --
A handful of editors got their hands on early copies of The Order:1886, which releases exclusively on PlayStation 4 this Friday. It's been the topic of most discussions overheard in the office. Look for our review on Thursday.
9 DARKEST DUNGEON
Last week: 4
After a strong initial push, Darkest Dungeon didn't attract any new players last week, but those who did pick it up are still logging serious hours into it. Darkest Dungeon has a shot sticking on the charts for awhile.
10 GRAND THEFT AUTO V
Last week: 5
While there wasn't much Grand Theft Auto V multiplayer played last week, a few editors kept trucking through the single-player campaign on PlayStation 4. If people stick with Evolve and Monster Hunter, there's a chance Grand Theft Auto V slides off of the list next week for new single-player experiences like Resident Evil: Revelations 2 and Kirby & the Rainbow Curse.
Click the banner below to check out the rankings from previous weeks.