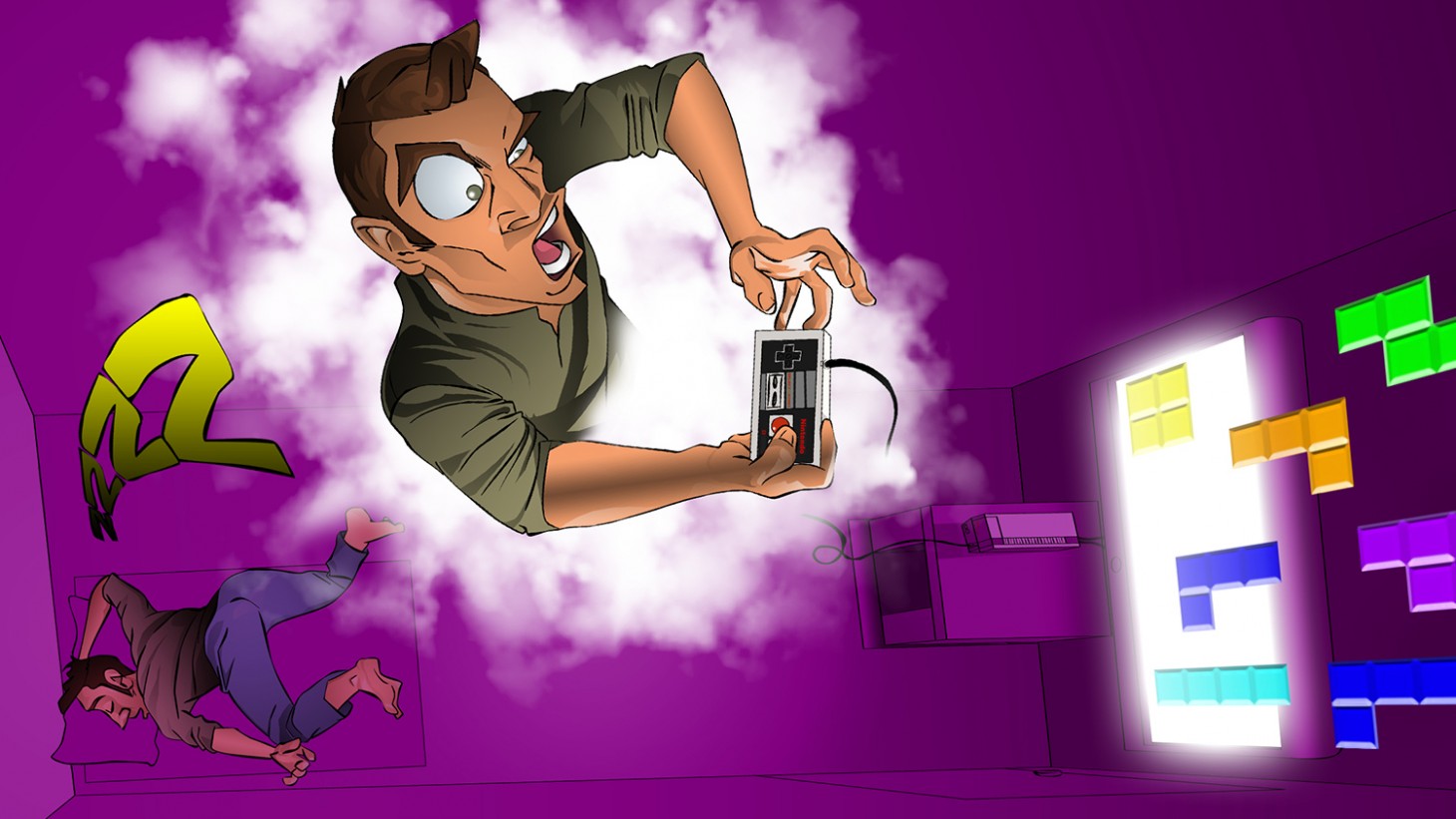 If you play video games, then there is a high probability you’ve dreamt about one of your interactive experiences. Maybe you’ve walked the grasslands of Hyrule, sprinted through a science-fiction battlefield, or seen Tetris blocks falling into place while you were asleep. Whatever the scenario, video games are particularly adept at appearing in dreams, which is a fascinating phenomenon for those who study the sleeping brain.

Bob Stickgold, an associate professor of psychiatry at Harvard University, has been studying dreams for years. His curiosity was sparked while on vacation, where he had vivid visions in his sleep of the mountain climbing and white-water rafting he had been doing earlier that day. Stickgold was fascinated by the idea of daily activities incorporating into dreams, and was eager to study it, but knew taking his students or other test subjects to go mountain climbing and white-water rafting to analyze their dreams was a difficult and expensive endeavor. While complaining about this complication to one of his classes, a student brought forward the idea of substituting Tetris.

Stickgold is a self-admitted “massive, addicted” Tetris player, but the idea of including it in a study about dream incorporation had never occurred to him. He began implementing it into his studies, having subjects play the game before going to sleep and then waking them up to report on their dreams just as they started to drift off. He found a staggering 75 percent of his subjects reported the appearance of Tetris in their dreams.

Researchers conducted similar experiments in the past, placing violent or pornographic videos in front of test subjects, but nearly none of these people incorporated imagery from those videos into their dreams. Another study from Stickgold involving the arcade game Alpine Racer, which tasks players with controlling on-screen skiing action with real skis below their feet, returned even stronger numbers in terms of dream incorporation.

Video games have a way of infecting our unconscious mind, and Stickgold thinks it’s an area ripe for more study. “I gave a talk at about this at MIT once, and 90-percent of the hands went up when I asked, ‘Have you ever had this experience playing Tetris?’” 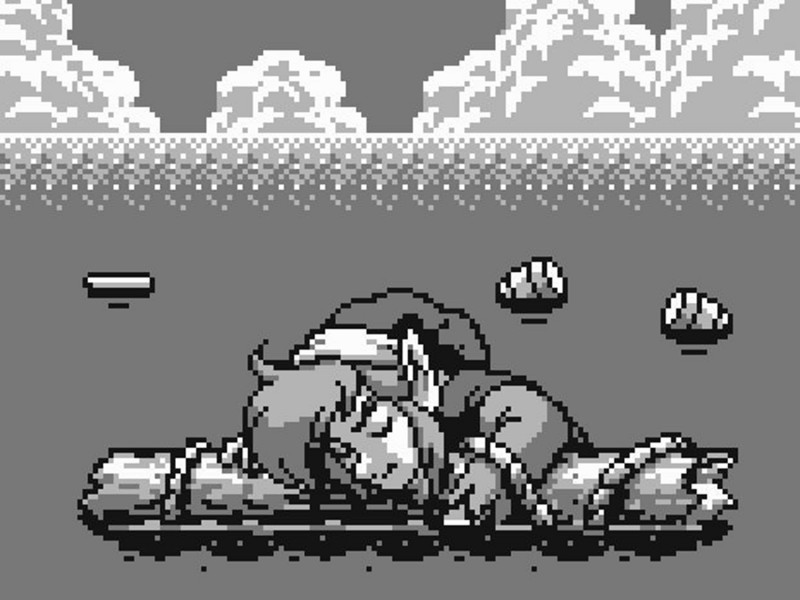 The Purpose Of Dreaming

The Purpose Of Dreaming
The reason video games are so prominent in dreams, and in a much broader sense the purpose of dreaming to begin with, is a question scientists continue to study, but Stickgold and others have a few ideas. Stickgold hypothesizes dreams are a recap of emotions as opposed to specific visual memories, simulating preparedness for the future.

“Video games, first of all, have a lot of effects associated with them – a lot of emotion,” he says. “An emotion is a real good indicator for your brain that this is important by definition.” Your brain marks those elements of your waking life as important and plays with them during your dreams to try and spark recognition.

Stickgold says in the same way a well-designed video game starts off easy and ramps up difficulty to remain consistently interesting, your brain plays with ideas, creating strange imagery in such a way to keep you continually invested in what is happening. This is why your dreams sometimes include confusing experiences or elements you don’t like. “Your dreaming brain is happy with a five-percent hit rate,” Stickgold says in regard to your dreams inspiring emotion.

Jayne Gackenbach, a psychology professor at MacEwan University and co-author of the book Play Reality: How Videogames Are Changing Everything, has studied the effects of video games on dreaming for years and similarly hypothesizes about the emotional impact of dreaming.

Gackenbach says most media we appreciate is of a passive or push nature. We watch and become emotionally invested, but without interaction, or “pulling.”

“That high interactivity is going to increase your immersion, your emotional commitment,” Gackenbach says. This is why your unconscious mind often revisits it while sleeping. 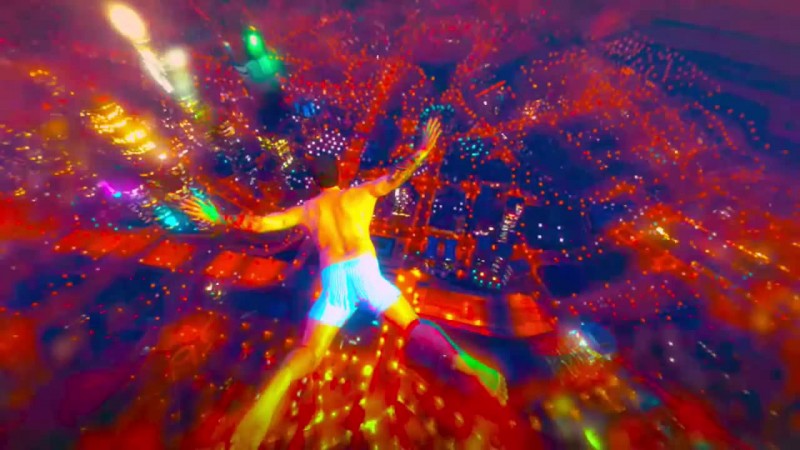 Lucid Dreaming
Gackenbach’s fascination with video games and their effects on the mind began when she started watching her young son play video games. “I was impressed at how devoted he was to it,” Gackenbach says. She began to read up on the topic and found studies showed a strong correlation between gamers and spatial skills – the ability to mentally manipulate 2D and 3D objects – which fit into her own studies on lucid dreaming.

Lucid dreaming is a state where the dreamer is aware he or she is dreaming, and can sometimes lead to the ability to change and manipulate a dream while it is happening. Through surveying the activities of dreamers, Gackenbach found even infrequent gamers were much more capable of dream manipulation. It goes even further, as Gackenbach’s studies have also shown gamers are much braver dreamers.

“Very often, I’ll say in normal dreams – as much as one can say that – we’re the victim,” Gackenbach says. A lot of people experience being chased and can’t defend themselves or hide during a dream. That’s not always the case with gamers. “What happens with gamers is they’re more empowered in the dream,” she says.

Gackenbach conducted a study in partnership with the military where she surveyed the dreams of soldiers not diagnosed with post-traumatic stress disorder and found high-end gamers approached dreaming differently. “Those that played a lot of games were better able to cope with the threats that came up in the dreams about the military than those that did not,” she says.

Gackenbach also found gamers did not experience nearly as many nightmares as non-gamers, or at least they didn’t perceive their dreams as being scary where a non-gamer might. They also have stranger dreams. When I asked Gackenbach to explain why, she laughed and replied, “How many aliens do you run across walking out of your building when you leave work?” The subconscious mind of gamers simply lives in a world non-gamers would perceive as strange. “You’re in a bizarre environment relative to waking environment, so you’re incorporating it,” she says.

Stickgold and Gackenbach continue their studies on the unconscious mind and the effects of video games, aware the consumption of the interactive medium is becoming increasingly prevalent. When reaching out to Stickgold for an interview, he joked he might be able to find time to speak with me if he is able to pull his son off of Minecraft. “We’re spending so much time in virtual worlds, how is it affecting our consciousness?” Gackenbach asks in regard to her continuing dream studies. “The whole nature of consciousness is being changed.”

You Are What You Play

You Are What You Play

One of the interesting results of Dr. Stickgold’s study of daily activities incorporating into dreams was the complete absence of video game interface in any dream. “You’re not saying to yourself, ‘right thumb to button B, left thumb to right arrow,’” Stickgold says. Playing a game becomes second nature. In the same way a basketball player doesn’t have to think about the mechanics of dribbling a ball, a gamer doesn’t have to think about the mechanics of what to input to create action on screen. “When my nine-year old son is playing as Luigi, he’s Luigi,” Stickgold says. This is why we put ourselves into the video game in our dreams, as opposed to dream about playing video games.