Dragon Age Keep: Your Guide To The Obscure Choices If you played Dragon Age: Origins or Dragon Age II, you probably remember your major decisions. The characters you romance and the actions that shape the fate of the world tend to stick with you, but the Dragon Age series tracks plenty of smaller moments and encounters that are easier to forget.

That fact is on full display in the Dragon Age Keep (which entered open beta yesterday), BioWare’s method of allowing players to carry their previous decisions over to Dragon Age: Inquisition. If you want your prior actions to be reflected in Inquisition, you are required to set your world state using the Keep. However, you probably don’t remember every tiny detail about peripheral characters that may or may not be alive. That’s what this guide is for. Read on for a little context and direction when it comes to deciding some of the the less momentous aspects of your Dragon Age history. Ser Landry (DA: O)
This was a encounter in Dragon Age: Origins, in which Ser Landry accuses the Warden of being a traitor and lays down a challenge to a duel. You aren’t obligated to accept; it’s possible to talk your way out of it. If you were the diplomatic sort in Origins, Ser Landry likely survived the fifth Blight. Otherwise, you probably fought and killed him. Corypheus’ Prison (DA II)
Legacy had a lower profile compared to Dragon Age II’s celebrity-powered DLC, Mark of the Assassin. Many players probably missed the events in Legacy, but you aren’t given the “I didn’t encounter this” option in The Keep. The main choice revolves around whether or not you free a sentient and malevolent darkspawn named Corypheus. If you side with Janeka, you are going along with her plan to attempt to release the beast from its prison and use it as a weapon to combat the Blight. If you side with Larius, you believe that a creature so ancient and evil must be killed. Regardless of your choice, you still must fight and defeat Corypheus. Dagna (DA: O)
Dagna is a dwarf in Orzammar who wants to study magic, which you learn if you talk to her. If you side with the Templars and destroy the circle, then she can’t fulfill her dreams. If you side with the mages, and mention her desire to join them, she has the opportunity to pursue those studies. You might have also convinced her to stay with her father (who did not agree with her choice to leave), but the odds on that are probably low; she really has her heart set on going to the circle. Gascard (DA II)
Gascard is a suspected murderer that you track down, only to discover that he is innocent, and also trying to find the killer. However, he’s using blood magic to do so, and “protecting” potential victims by kidnapping them. It’s a dubious defense, but he actually isn’t the notorious killer you’re hunting. You can kill him or let him go, but later in the game, you need to either persuade or intimidate him to keep him in line. If that fails, you would have fight and kill him. Otherwise, he survives and eventually leaves Kirkwall. Various Items
I don’t know exactly how all of these could potentially affect the future of the series, but in most cases, they don’t involve major world-changing decisions. Asking whether you returned a sword, tome, or ring is mainly just determining if you did certain sidequests. Don’t sweat these too much; you may as well say that you did them unless you specifically remember otherwise, just in case they trigger future content. However, there may be one exception, which is… The Grimoire (DA: 0)
Considering that Morrigan is confirmed to play a role in Dragon Age: Inquisition, you should put more thought into how this exchange went down in your game. The grimoire is an item that belongs to Morrigan’s “mother,” Flemeth. If you didn’t spend time befriending Morrigan, you probably didn’t complete this sidequest, since she only brings it up once she likes you enough. Otherwise, you either fought Flemeth or got the grimoire from her peacefully. Do you remember Flemeth shape-shifting into a dragon? If so, you fought and defeated her. Nuncio (DA II)
If Zevran survived the first game, you might remember him reappearing in the sequel, but the circumstances could be fuzzy. That’s where Nuncio comes in; this is the guy who is trying to hunt down Zevran. You choose Zevran’s fate in a different part of the Keep, so this choice is just about whether or not you undertook the quest to find Zevran. If so, then you helped Nuncio. However, if Zevran died in Origins, you would not have met Nuncio at all in DA II. Nathaniel (DA: O – Awakening)
Nathaniel Howe is a party member in the Awakening expansion to Origins, and could have potentially died while defending Vigil’s Keep (this outcome also determines whether or not Nathaniel reappears during the events of Dragon Age II). If you fully upgraded Vigil’s Keep, Nathaniel would have survived. Bartrand’s Mansion (DA II)
This mission has a particularly memorable moment, in case you’re not sure you completed it. It begins with an over-powered Varric single-handedly taking out a bunch of guards, though the scene is interrupted by Cassandra calling out Varric’s implausible recounting of the tale. When play resumes, players are exploring Bartrand’s mansion, and eventually discover the sinister role red lyrium is playing in events. This particular decision is just about whether or not you pursued this quest line with Varric, which resurfaces later in the form of a small red lyrium idol.

That’s it for our rundown, but every player is going to have different standout moments depending on their actions. Playing around with various world states is an intriguing way to get reacquainted with the world of Dragon Age prior to Inquisitions November 18 release. 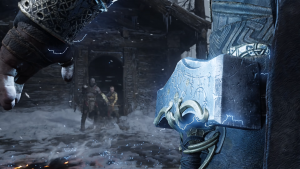 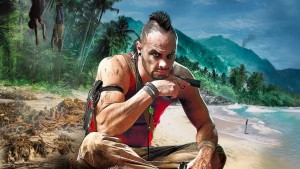 Far Cry 6 Is Crossing Over With Stranger Things And Rambo, And Gives You Control Of Past Far Cry Villains