Embracing The Unreal: The Art And Animation Of Fortnite 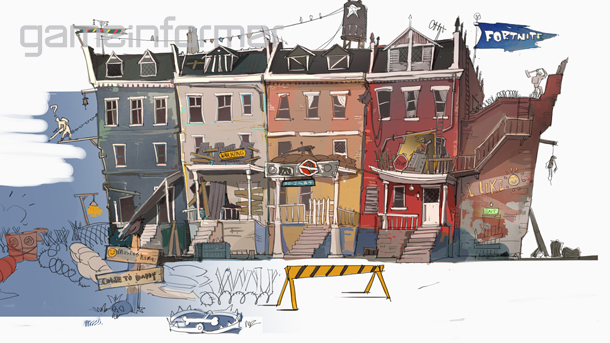 Fortnite marks a drastic shift for Epic Games. The developer is publishing the ambitious title itself and building an all-new online infrastructure, but the most obvious distinction from its previous work is the game's tone. Leaving Gears of War behind, the artists at Epic are embracing the cartoony world of Fortnite and letting their imaginations run wild.

Fortnite is a radical change of pace for art director Pete Ellis, who has been with the studio since 2005 when he worked on Unreal Tournament 3 before moving on to the Gears of War series. One of the recent additions to the studio is lead animator Matthew Russell, who worked on films like Ant Bully before moving to Valve and contributing to games like Team Fortress 2 and Portal 2. Russell's expertise in the world of exaggerated animation is now being put to good use at Epic.

Watch the video below featuring Ellis and Russell to learn more about the decisions behind the bold art style of Fortnite and what the team has learned from games like Devil May Cry.

Click on the banner below to enter our hub filled with exclusive coverage throughout the month.

You can also follow our Fortnite updates and other stories by following Game Informer on Twitter, Google+, and Facebook. Sign up at Epic's site for a chance to be included in the upcoming Fortnite alpha.