Revisiting EarthBound: Ahead Of (And A Product Of) Its Time Like many Wii U owners, I have recently spent a lot of time in the world of EarthBound following its Virtual Console release. I feel like I waited the perfect amount of time to replay the game. I first played it on Super Nintendo in the late ‘90s, and enough time has passed that I remember few details. The character moments, story, and navigation feel new, with just a small inkling of nostalgia.

In many ways, EarthBound has aged exceptionally well. However, it did release in 1995, so it’s not without its few dated shortcomings.

Ahead of its Time

Overpowering – As you progress, you become stronger with each passing battle. This is typical of most RPGs. The enemies giving you trouble in its opening hours can be downed in one hit by the time you reach Threed. These enemies are so weak compared to Ness and his crew that fighting them barely feels worthwhile – and the game compensates. After a certain level, simply walking up to weaker enemies kills them, without the need to enter into battle. This is most effective when you’ve recently leveled up, and you’re not sure if you are able to defeat an enemy without entering battle. Battle starts the same way it always does when you reach a weak enemy – with a slight pause right before you either enter battle or proclaim victory without even trying. To achieve the latter is incredibly gratifying.

Jokes – EarthBound is consistently funny in the most subtle ways. Today, every game that doesn’t take itself seriously breaks down the fourth wall, but EarthBound was doing it before it was cool. EarthBound also achieves the supremely difficult art of sarcasm with nothing but text. Every interaction has some sort of comment or joke that makes you chuckle. I found myself laughing out loud when I used a ruler in battle only to discover that it did nothing but make me better at measuring things. I didn’t even mind that I wasted a turn.

Autofight – Autofight is a blessing in today’s multimedia world. The majority of battles in EarthBound are simply a matter of hitting the standard attack button for your entire party. Most small enemies simply aren’t worth the expenditure of PP. Rather than just tap away at the “A” button absent-mindedly, EarthBound says, “I got this,” and then you can jump on Twitter to tweet about how awesome the Autofight function is.

Cutscenes – Despite its 16-bit limitations, EarthBound has story scenes that play out without player interaction or on-screen text. Whether you’re watching a Runaway Five concert, or taking part in Jeff’s flying saucer journey, EarthBound has parts where you watch dialogue-free moments as reward for your progression.

Telephone – Using the telephone to call your dad to save is a fantastic way of instilling a connection with a character that you only speak to remotely. It’s a technique that fans of the Metal Gear Solid series are intimately familiar with. Your father in EarthBound is a character you trust more than anyone. He gives you money, he makes sure your progress is saved, he gives you words of encouragement, and you never see the man in person. He comes across as an incredibly caring father, who simply doesn’t have the time to spend with his child, despite his wishes. The required act of calling him is what makes him important to Ness and his friends, and his bits of dialogue feel genuine.

A Product of its Time

Navigation – Moving through EarthBound’s environment is not fun. The open cities and streets of the towns aren’t bad, but once you get out into the wild, you are constantly getting stuck on edges. When Ness walks too close to an border, he simply stops walking. He stares at you with his tiny pupils and slight smile as if he’s passive aggressively criticizing your ability to control his movement. This is especially frustrating when your health is low and you are trying to outrun a sentient tree.

Items – It takes a little while to gather your party. For a large portion of the game, Ness’s limited backpack space is all you have to hold your cookies and hamburgers. A sort of realism accompanies a limited inventory, but some things are just frustrating. Equippable items like hats and bracelets, for example, take up space in your inventory. I can forgive the necessity of a weapon taking up an inventory slot. It makes sense – when I am walking around not fighting, my weapon needs to be stored somewhere. My hat, on the other hand, is on my head in all its iconic glory. It shouldn’t take up an inventory slot.

If you’re inventory is full, and you earn something from a fallen enemy, your only choices are to throw away the item you won, or throw away an item to make room. Even having the simple option to use the new item would have been helpful, but this concept is foreign to Ness.

It also doesn’t help that all of the items are displayed in plain text, as opposed to visual icons. It makes things a little bit harder to organize when you see the word cookie, instead of an icon representing food. This is a minor complaint, but when item management is already difficult, this extra annoyance just adds to the list. To do list – I found myself getting frustrated early on in EarthBound while attempting to save Paula. There is a very specific series of tasks that must be completed in order to progress, which involve meeting inventors, providing funding for the inventors to create an item, and using that item to bypass an obstacle. This is typical video game fare, but I got stuck in the order of operations. I knew the inventors would create what I needed, and I funded both of them even though you really only need to fund one, but I had to go acknowledge the obstacle and return safely in order for them to create it. Seeing the obstacle was enough to know there was an impasse. Walking up to the object and clicking it felt like an unnecessary step.

Fast-travel – There is no fast travel in EarthBound. Admittedly, the game is designed in such a way that there is rarely, if ever, is a need to go back to an old location, but it still would have been nice to town hop without walking.

Update: It has been pointed out to me that fast-travel does exist in EarthBound through assorted spells, buses, and bicycles. It would be nice to gain access to this ability a little earlier in the game, but it would be silly of me to continue to include it as a full-fledged complaint. Instead, I'll complain about Poo's default name. What a dumb name, right?

Despite these complaints, I still do – and always will – have a lot of love for EarthBound. While it has a few unnecessary frustrations, little can diminish my interest replaying this classic. Often, returning to childhood games creates a disappointing mix of nostalgia and a realization that games sometimes age poorly. This is not how I feel about EarthBound. Getting stuck on few corners won’t prevent me from enjoying Earthbound’s strange characters and bizarre world. I can’t wait to play more. 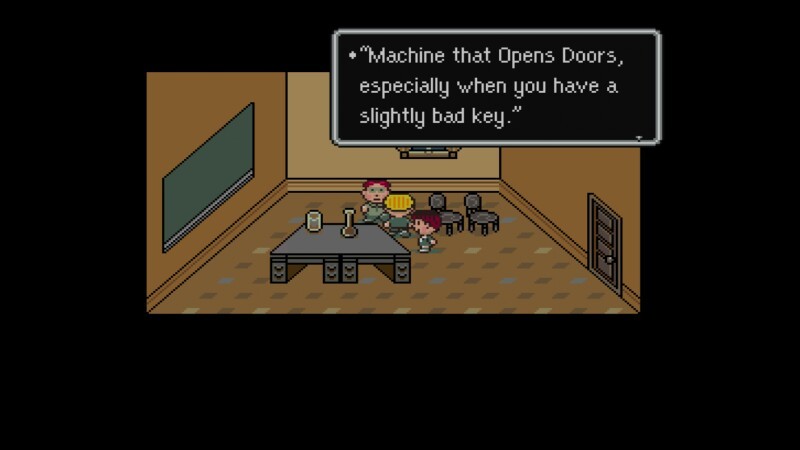 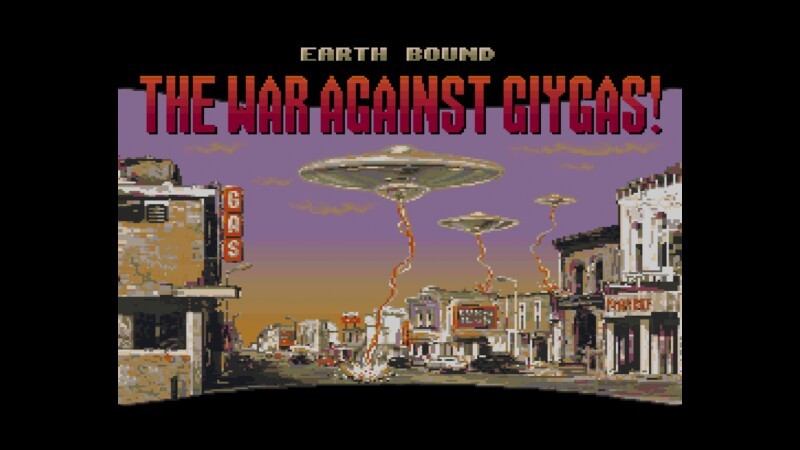 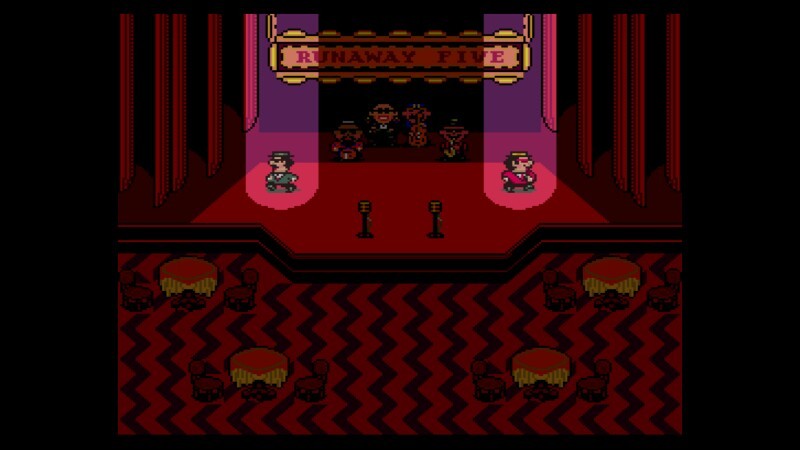 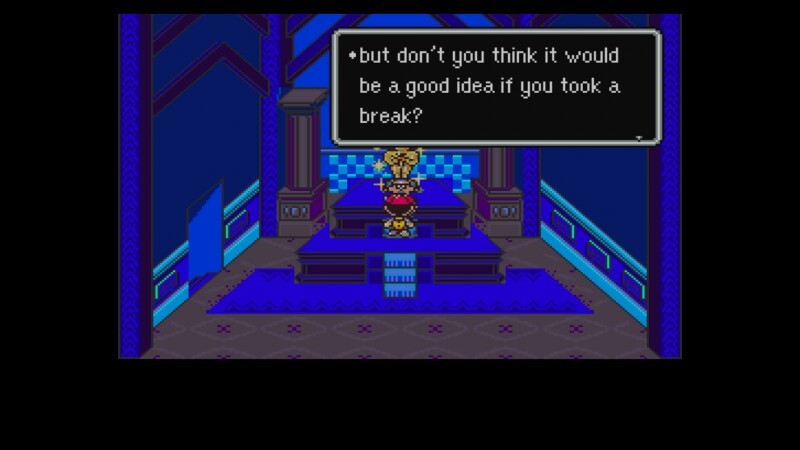 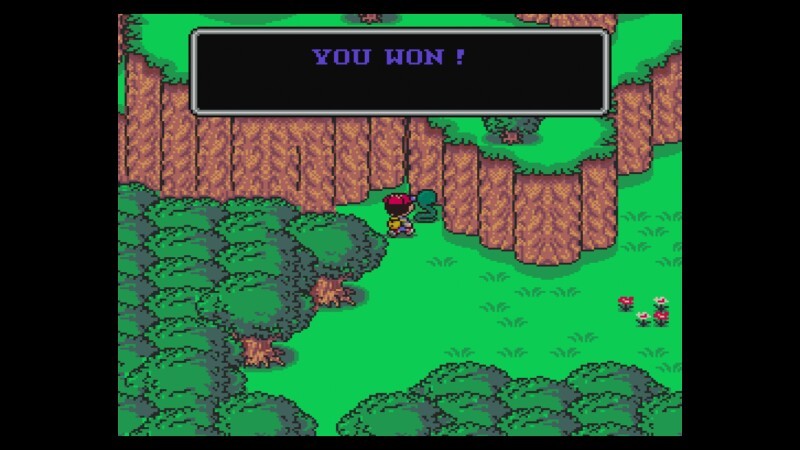 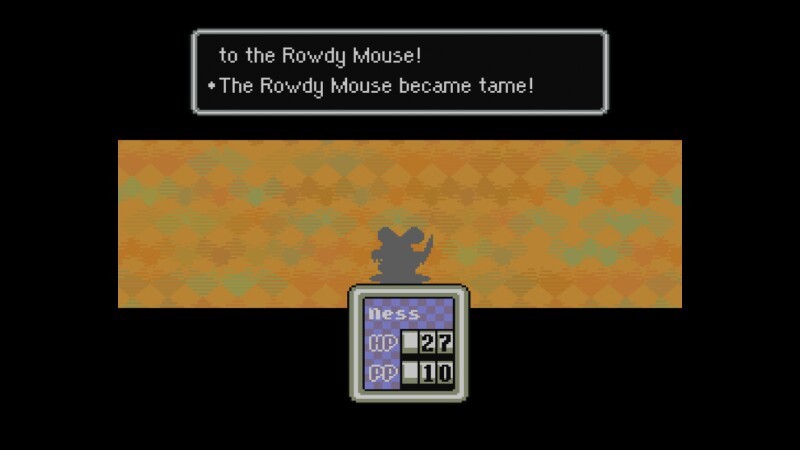 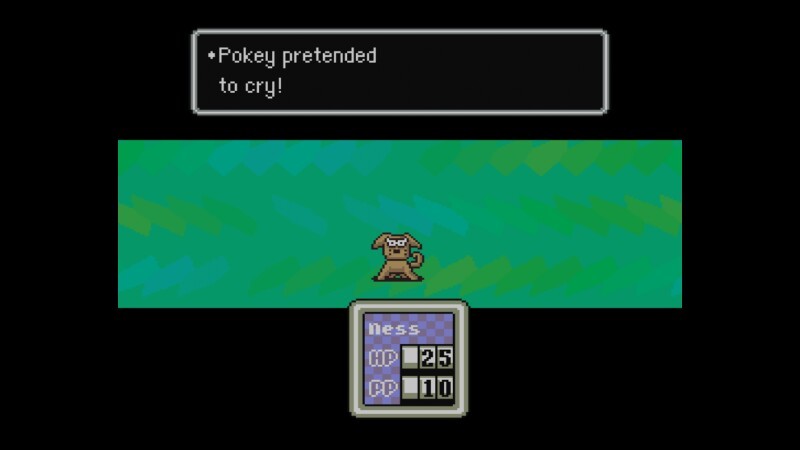 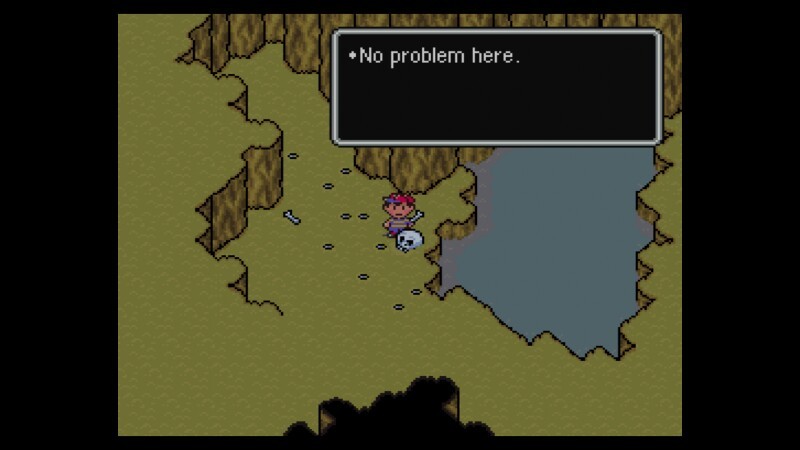 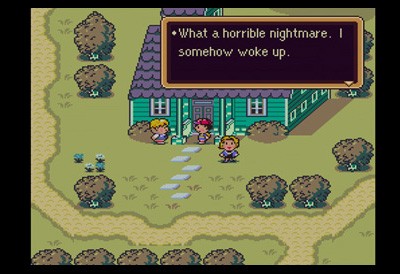 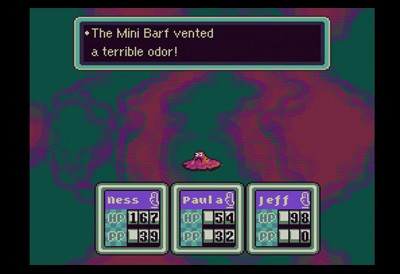 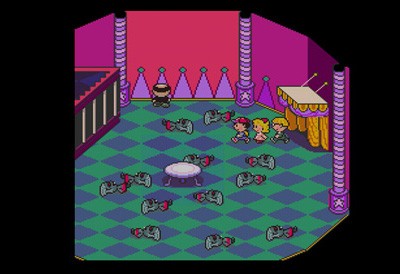 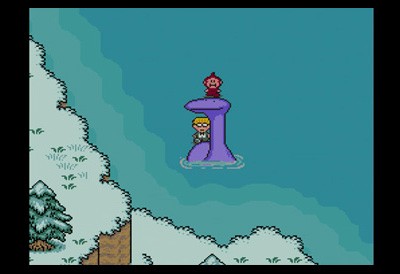