The World Of Thief We spoke with Thief game director Nicolas Cantin about the look and feel of the environments that Garrett will be creeping around in. Cantin speaks of his alternate take on steampunk, the challenge of working in a dark world, and more. Be sure to click on the images below for bigger versions and to look at the gallery for more glimpses at the world of Thief.

"The first goal was to avoid feeling [like you're] in a village, a small town," Cantin  says. "My goal was to do a metropolis. Something really modern even though it fits in an old time." He explains that the City will not be as sprawling as something seen in Grand Theft Auto, but players will feel like there is a large world around them.

Above is a look at Garrett's hideout in the top of a clock tower, which is a great example of the team's take on steampunk. "The art style of steampunk is golden and wood -- see Wild Wild West with Will Smith," Cantin explains. "It's something we really want to get rid of. We're really more about rusty stuff where you see the welding."

While complete darkness was a big factor in the earlier Thief games, it made it difficult for players to see what was going on. Eidos-Montreal found a key ingredient to help maintain the feel of darkness while adding visibility. "Fog helps us to light the whole game," Cantin says. "If you have a dark scene in a back alley, you just put fog in it and then you see the silhouette. You're never in the pitch dark. The fog is there for the mood but also for helping the player to see." Stonemarket and its clock tower return from the third game in the series, Thief: Deadly Shadows. Here it's a central hub for Garrett and a meeting of the rich and poor classes in the City. This blend is shown in a mix of medieval and Victorian architecture styles.

The art team wants every room that Garrett explores to feel lived in. Check out the high level of detail in the shop above.

Click on the banner below for more of our month-long exclusive features on Eidos-Montreal's new Thief. 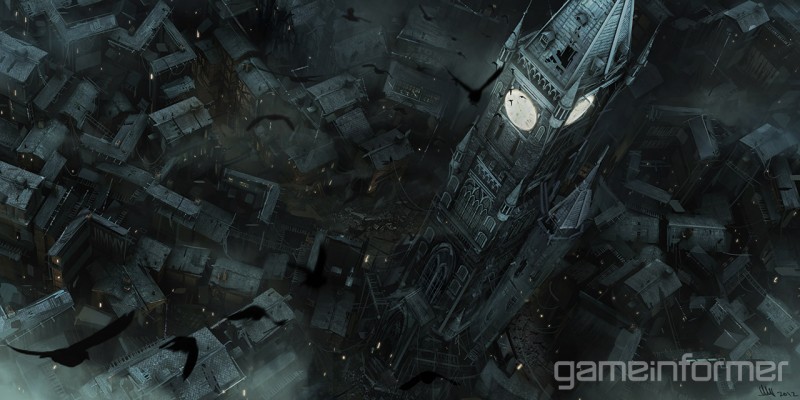 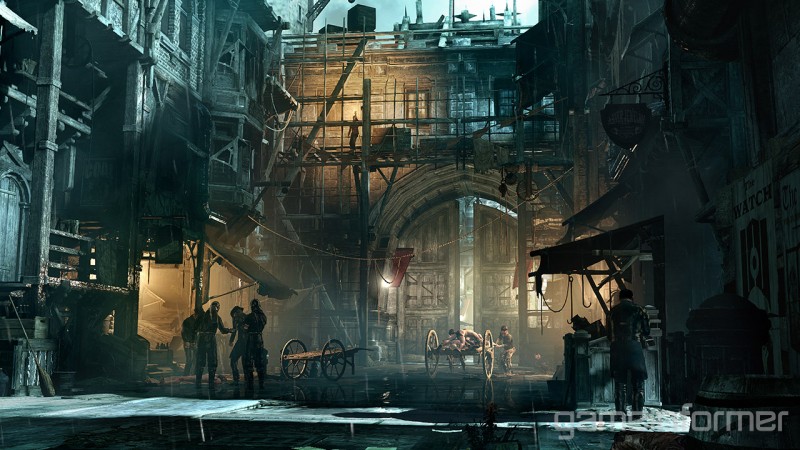 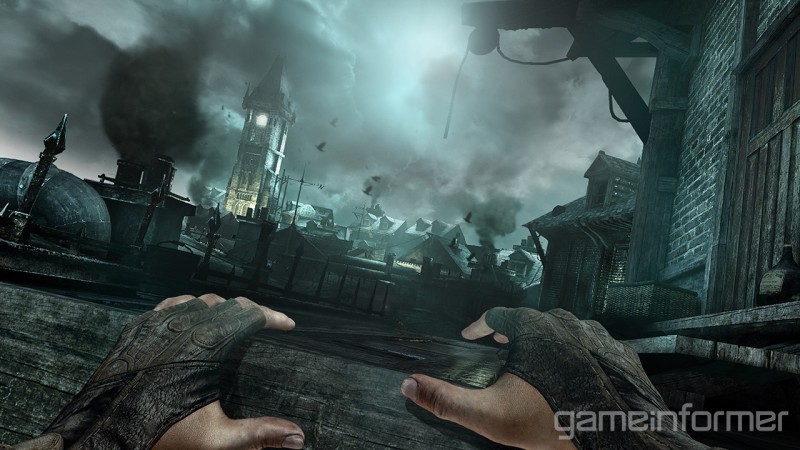