Fans of MMOs have killed their fair share of monsters. They've collected enough pelts and have returned plenty of missing items to quest-givers. The team behind The Elder Scrolls Online has the challenge of creating thousands of quests for their MMO that will hook players and share similarities with the Elder Scrolls games of the past. By implementing an exploration-focused quest structure and bringing in fan favorite quest-lines such as the thieves guild, creative director Paul Sage and lead content designer Rich Lambert hope fans of the series will feel right at home. Watch the video below to see Game Informer's Ben Reeves talk to Paul and Rich about their approach to designing quests, the main story of the game, and how the world will change depending on your actions as a player.

To learn more The Elder Scrolls Online, click on the link to enter our hub below. 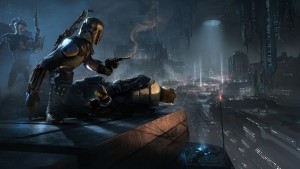