Before you head out to see the new The Avengers film, check out our hands-on impressions of Zen Studios' newest Marvel-themed pinball table, along with an exclusive reveal trailer.

Despite the basic limitations of pinball, Zen Studios somehow continues to come up with creative new hooks for every table it releases. For The Avengers, this comes in the form of six different super hero-themed balls. At the beginning of every ball, players will pick between controlling an Iron Man, Captain America, Thor, Hulk, Hawkeye, or Black Widow ball.

The hero-themed makeovers help highlight the impressive underlying physics of the series (I never realized how much balls spin on previous tables without a point of reference). But they're also more than simple paintjobs. Each hero provides unique gameplay bonuses that will aid you in beating your friends' high scores. For example, the Captain America ball grants players extended ball saves and combo opportunities, while Hawkeye increases the value of skill shots and lights kickbacks quicker than other balls. Every ball will also unlock its own game mode faster, and scores x4 points for hitting its corresponding lane. This simple mechanic adds a new wrinkle of strategy to the table, and ties in nicely with the concept of the Avengers comic. I found Vengeance and Virtue's X-Men table overly confusing due to its overwhelming number of characters and modes, but The Avengers has no such problem. The table's overall structure is simpler, and revolves around activating most of the game modes at one central location. Stringing together ramp combos is easy enough, as is initiating game modes. The only real problem I had was activating kickbacks. Even using Hawkeye, activating kickbacks is a tedious process, and I ran into more outlane drains than on other tables. Like previous tables, I suspect more practice will help, and I'm eager to see more of The Avengers' game modes, as well as the wizard mode.

The Avengers table will be included in the upcoming Avengers Chronicles pack, which also features tables based on World War Hulk, Fear Itself, and Infinity Gauntlet. It will be released for Pinball FX 2 on XBLA, and will mark the debut of Zen Pinball 2 on PSN for both PlayStation 3 and PlayStation Vita. Better yet, Zen Pinball 2 will feature cross-platform support, so tables you buy on PS3 will carry over to Vita for free, and vice versa. Avengers Chronicles doesn't have a release date yet, but you can check out the first reveal trailer and screenshots below. 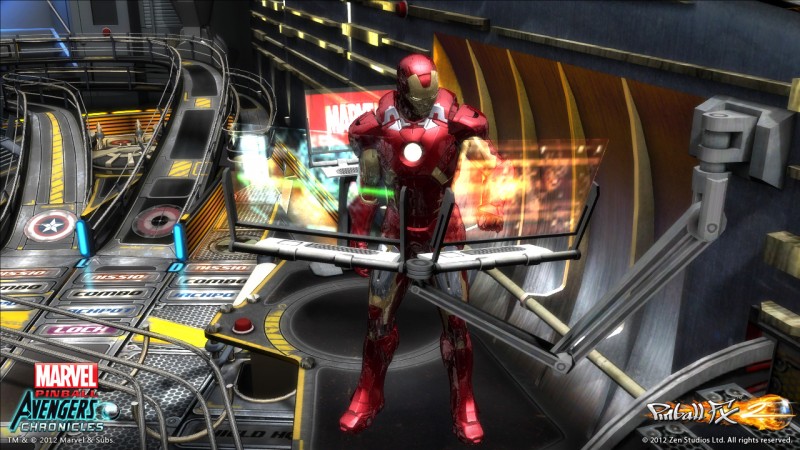 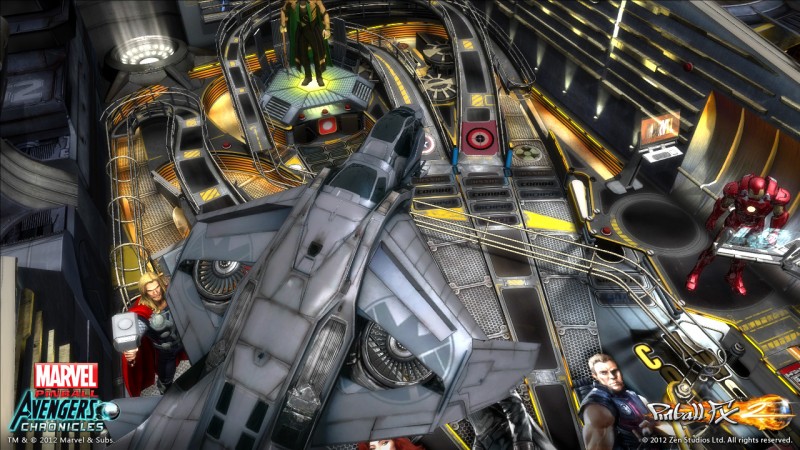 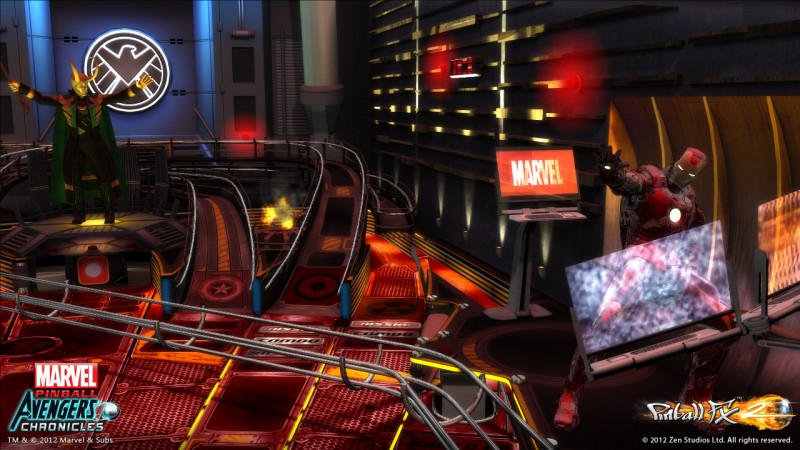 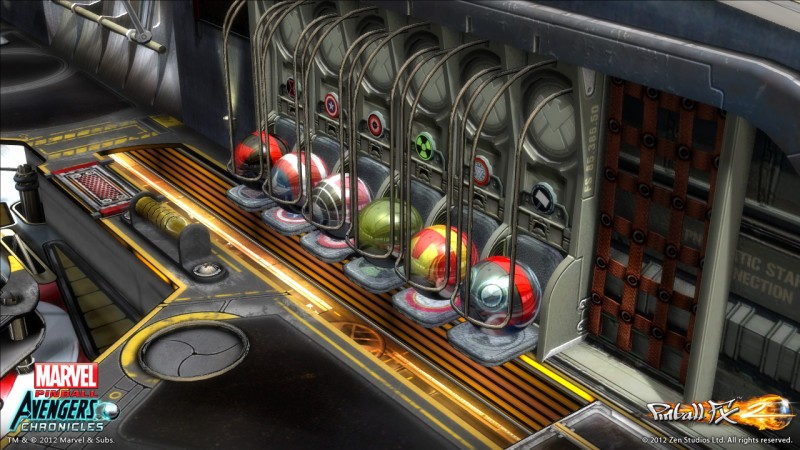 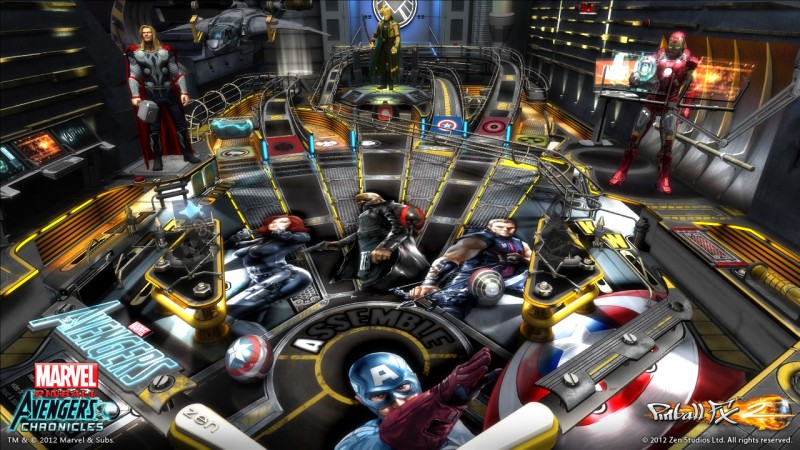 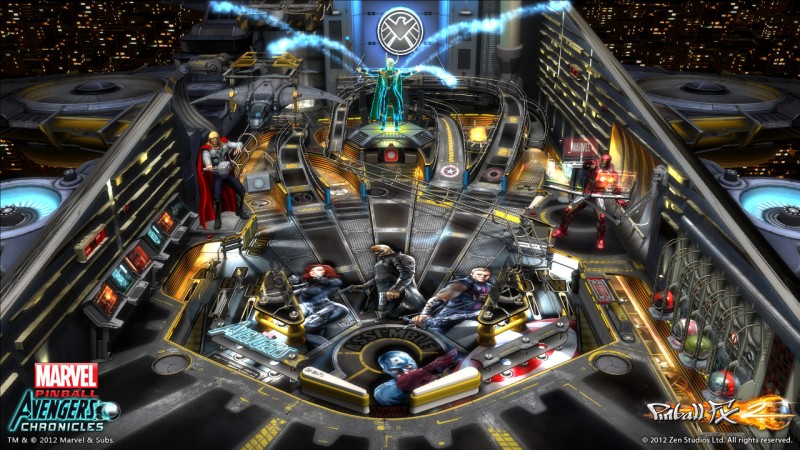 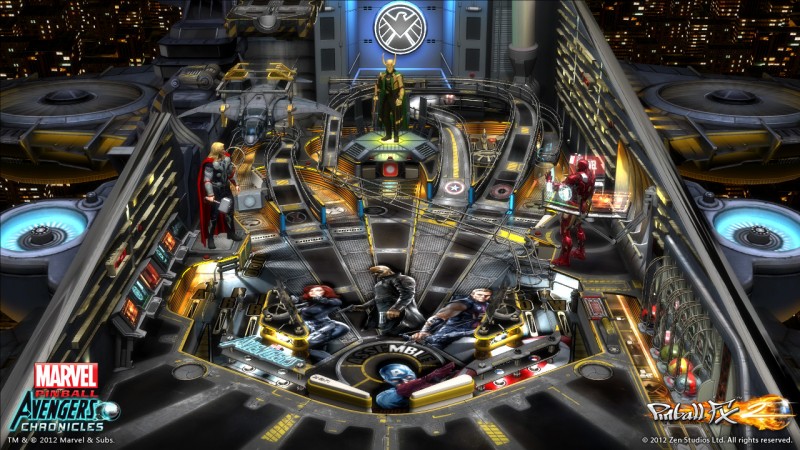