How High Moon and Hasbro transformed a classic brand into gaming gold.

It may seem strange for a toy brand to have its own encyclopedia of chronicled narrative. Properties like Barbie, Hot Wheels, or LEGO aren’t known for their large wealth of fiction, for example. One of the first toy properties to pioneer the concept of branching off into additional media was Hasbro’s Transformers. Since the franchise was first introduced into the world in 1984, the brand has constantly been reinvented for different markets and audiences.

High Moon’s Transformers: War for Cybertron was significant in that it translated the core Transformer’s concepts into an entertaining game. Few licenses are able to safely make this transition. We sat down to talk with High Moon game director Matt Tieger and Hasbro vice president of intellectual property development Aaron Archer about how they avoided traditional licensing pitfalls and what they learned that will make the upcoming Transformer: Fall of Cybertron even better.

On the creation of the first game
Archer: We knew there was an opportunity to create an off entertainment game – so not a movie or cartoon-based product – but a brand new IP. The nature of Transformers is about change. Not just the characters; we’ve reinvented the brand every couple of years for almost twenty years now. It’s part of Hasbro’s point of view to look at what’s new and different. In this case, the brand had an opportunity, and High Moon presented it, so the credit really goes to them for this.

Tieger: Activision already had the license to make Transformers games, and they came to us and asked us what we could do with the license. Really quickly we hit on the idea that we wanted to be on Cybertron, so we kind of ran with that. I had never met Aaron or any of the guys at Hasbro at that point. When we met with them in Santa Monica, we showed them the redesigned version of Bumblebee and Starscream. All we had were those drawings and me doing a song and dance in a monkey suit, but it went really well. Ultimately, I think we only changed Bumblebee about ten percent over the course of the project. That Bumblebee set the tone for the project, because I think that showed Hasbro that we got it – we got what they were looking for in Transformers.

Archer: We were in the middle of a – I don’t want to call it a retcon – but the process of creating a new continuity. The core messages of the brand had been lost along the way, so it was time to restate the obvious to fans and new viewers. What is the early origin story? Who are the core members of the Autobots? What are the Primes? We were in the middle of all that when the pitch from High Moon came and all that kind of dovetailed together nicely. The new cartoon series, the novels, and both Cybertron games are all official cannon.

On game narrative
Archer: We wanted to tell a new version of the origin story in that first game. We wanted to do something authentic and they wanted to make sure they made a great game. That gave Hasbro a place to tell a particular type of story that’s not easily told anywhere else, because it is a civil war, and it’s set on Cybertron, and it’s a heavy genre type of entertainment. You really have to love robot war, but video games seem like the best place to tell that kind of story. High Moon really embraced that concept of the civil war, and how we could show that conflict in both games really. We don’t try to tell every story in every medium; for video games this is the right story to tell.

Tieger: We’re gamers and we build games, and I’ve worked with a lot of different licensers before, so it was refreshing to see that Aaron and his group had the right kind of attitude when it came to the way stories are told in video games and how that’s different from how they’re told in comics, or movies, or books, or TV.

On managing Transformers lore
Archer: Historically, the brand has been based on its toy products, and those products have different features every year. The core story often didn’t have anything to do with those features. So there is a lot of change in the brand as far as the toys go, but Hasbro thought it was important to restate the core beats of the brand. We can always change how the toys play and what the toys do, but we didn’t want to lose sight of the core of the story, which is Optimus and the Autobots being marooned on this planet and wanting to do good even though they face the problem of the Decepticons. That’s the core of Transformers that doesn’t change. We recognize that people come in and out of the brand based on their interests, which may be reading comics, or playing games, or watching TV. They may get into Transformers without ever buying a toy, so it’s important to get the heart of the story right.

Tieger: One of our goals is to craft a better story. This results in making the setting richer, but the way to get people to care about your story is to develop the characters, so there has been a lot of effort invested in these characters. My goal is that these characters wouldn’t just influence the dialog, but that they would effect how the game plays and the character’s abilities, so that players would be able to identify and care for them. If something bad happens to them, I hope people feel bad about it.

Archer: It’s not Hasbro’s goal to make every thing matchy-matchy; it’s to tell the best stories we can, and if we can all squint and go, “yeah, they connect,” then we’re happy. Most people aren’t engaged in every aspect of what we do. We try to put the right products out for the right people. For example, you won’t see a lot of overt military violence in the Prime cartoon, but you do in the feature films.

On scripting a game
Tieger: Most of that is done in house, but we have a writer who worked on the Cybertron novels who helps us rework the dialogue. On this one, I flew out with a bunch of concept images, and I walked through the high level story with Hasbro using this visual reference. It wasn’t even about the playable characters. It was more about what was happening in the world, but then we would kind of riff with each other and explore the characters a little further, and get in the head of Megatron or Optimus. So before we even did a lot of writing, we internally figured out the story beats, and then did a write up after getting some feedback and notes.

Archer: A lot of what you see in the game is already part of the lore. High Moon is just able to manifest it for modern storytelling.

Tieger: I believe in staying true to the spirit of the brand. I try and do my homework, so I might like something that a character did in an old comic series from the U.K., and I like some elements of that, but not all of it, so here’s how we’d like to do it.

On designing characters
Archer: I’ve tried to not make the mistakes of the guys who’ve filled this chair before me, and that is keep going down the road instead of circling back every once and awhile to home base. We like to pinpoint what makes a character unique and everything else can change. We’re not trying to protect 1984. Every franchise goes through an artistic change. I love the style that High Moon has given to these characters.

Tieger: The faces are very important to Hasbro, but even with the Transformers vehicles forms we tried to have it so that if you sort of squinted you could see how it was kind of an Earth-like form, even though they hadn’t been to Earth yet.

Archer: That was all part of our thought theory. These guys are all a certain kind of color and they transform into vehicles, so when they come to Earth and find a disguise they find something that is a like mass, shape, and color. On the War for Cybertron toys
Archer: We’ve probably designed a Transformer any way you can think of: from other people’s ideas, to a model first, to the in-game models that we used to make the War for Cyberton toys. It’s all part of the puzzle nature of pulling a robot out of a vehicle form. It’s what we do. As we co-designed the characters for the first game we sort of headed off some of the problems with turning them into toys, whether or not Tieg realized that’s what I was doing or not.

Tieger: I was completely blown away that they were able to make toys out of our character designs, because I couldn’t figure it out. Our transformations are so fast that we can get away with a lot. Parts just kind of blow apart and reassemble. It all generally happens in about three quarters of a second, so we give you one element to focus on, otherwise it’s all hocus-pocus.

Archer: The game was a multi-year process, so as we realized where we were going with the game, I told the toy team that, “hey we really have an opportunity here, and they embraced that.” And that’s how those toys came about after the game came out. Our internal design process isn’t that different from a video game schedule, so that’s why there was some natural lag there.

On Dinobots
Archer: I think the Dinobots were the right story to tell in this game.

Tieger: But remember when I first pitched you on the idea? It was like, “how are you going to make them dinos again? How is that going to work exactly?”

Archer: We had a bunch of discussions about that. And the rules were that we didn’t want to do time travel and we didn’t want to do alternate dimensions. I remember the one story piece we talked about the most was how were the Dinobots going to get into their dino form?

Tieger: I’m happy with how we figured that out. 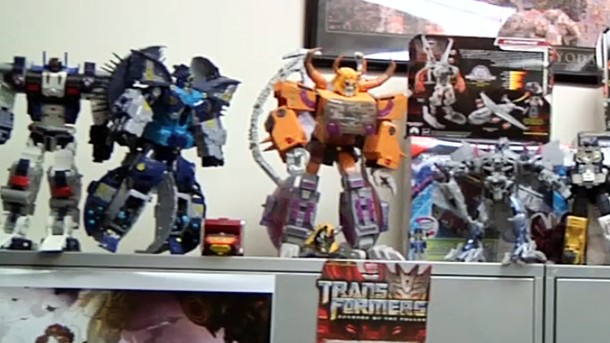 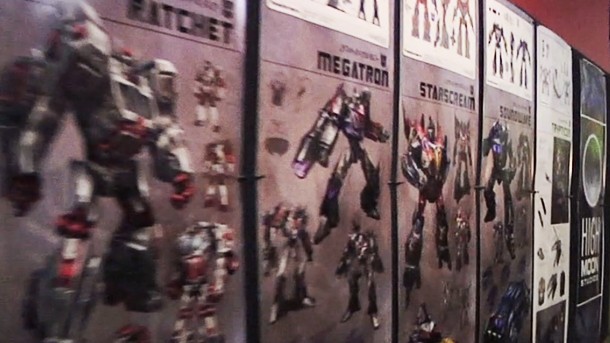 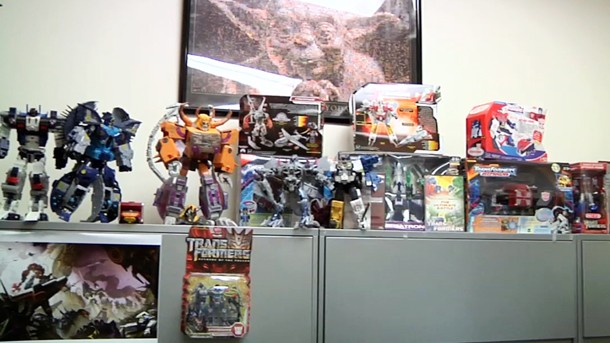 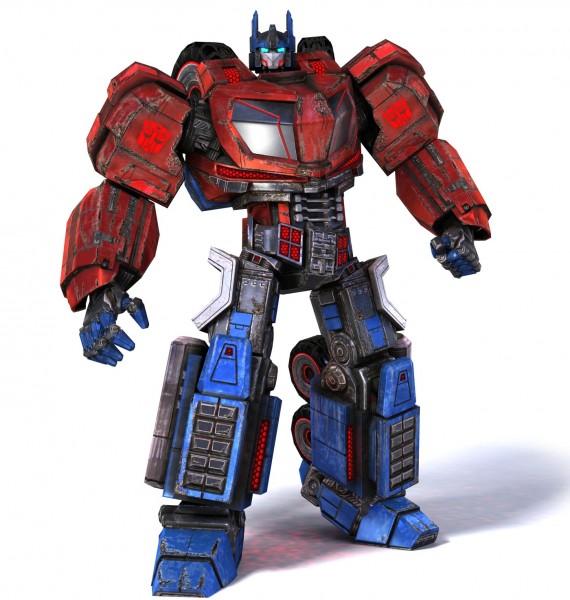 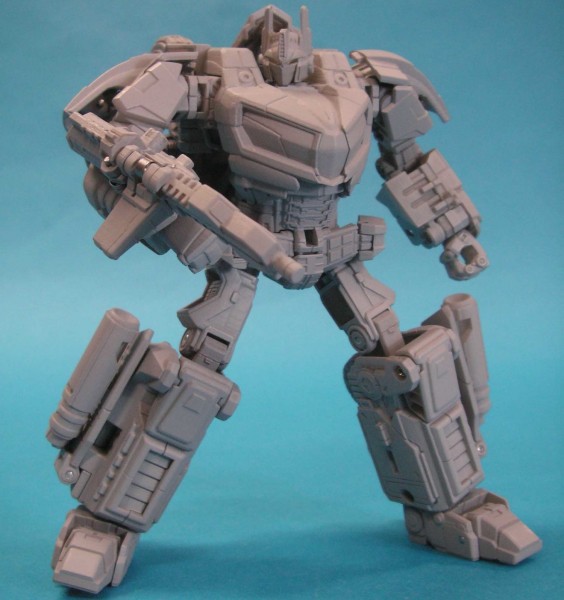 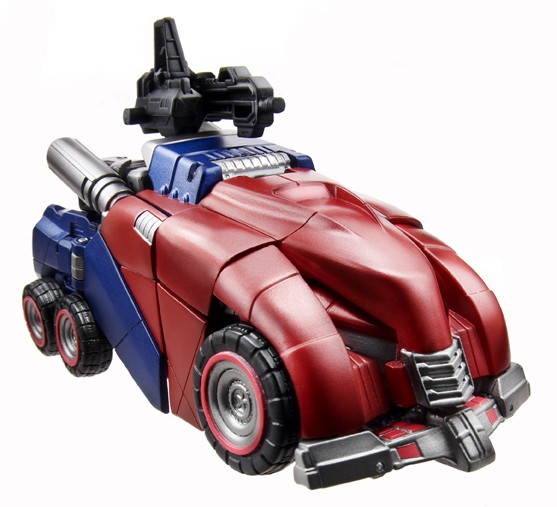 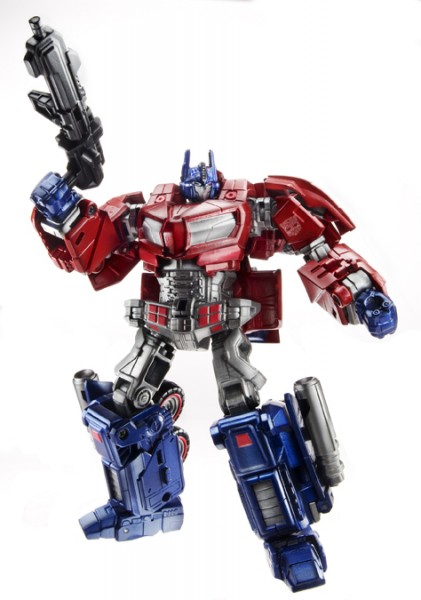 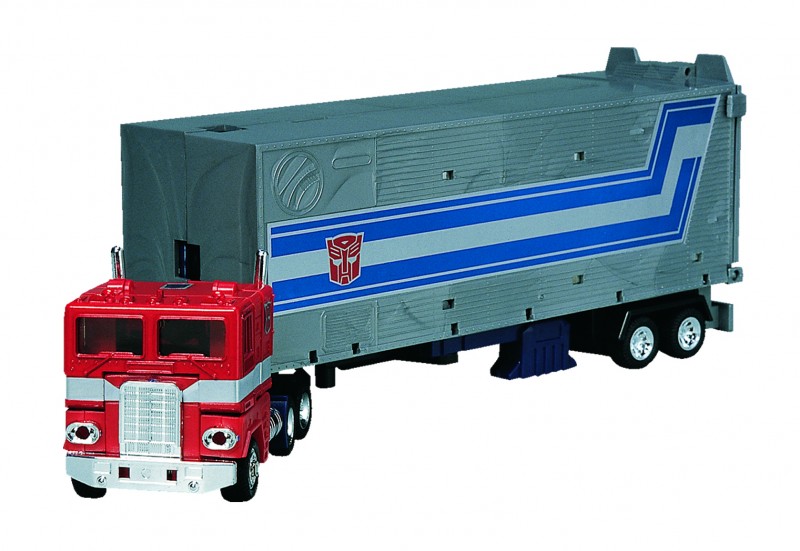 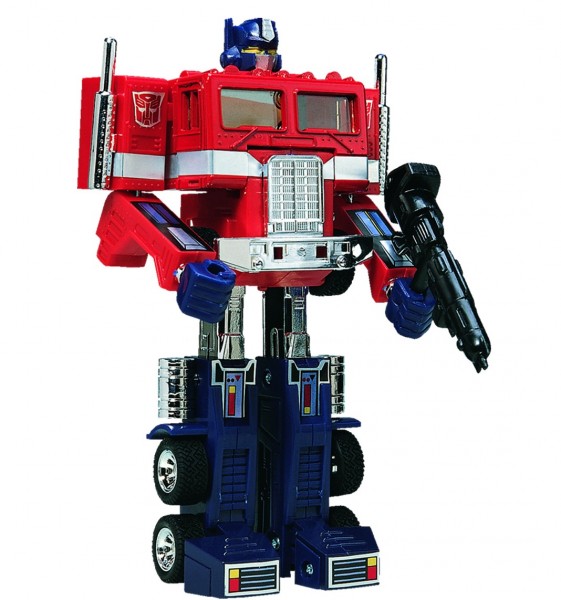 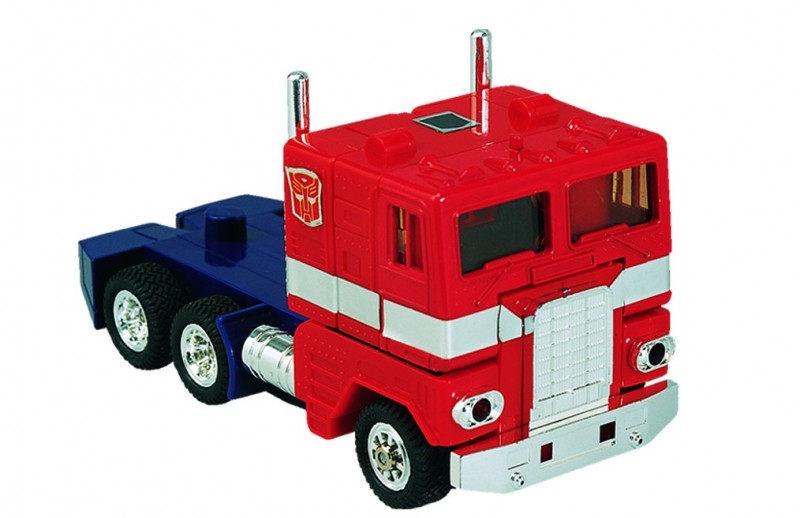 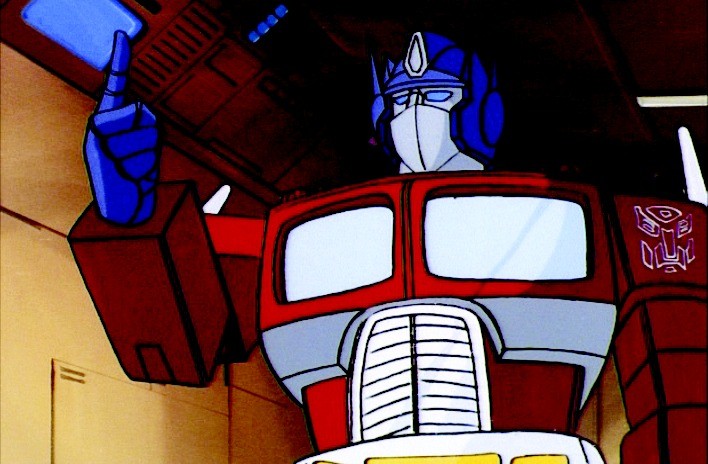 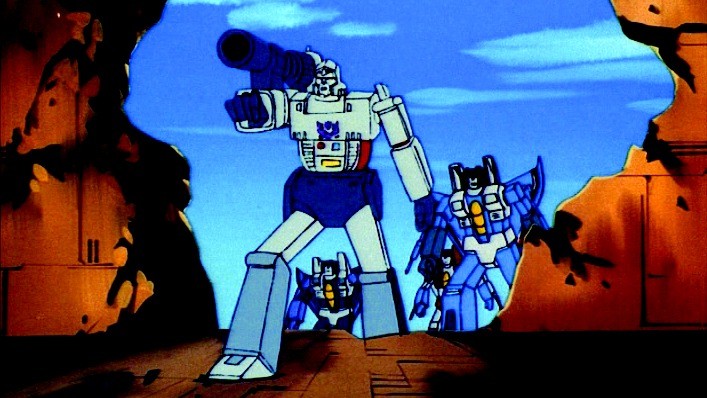 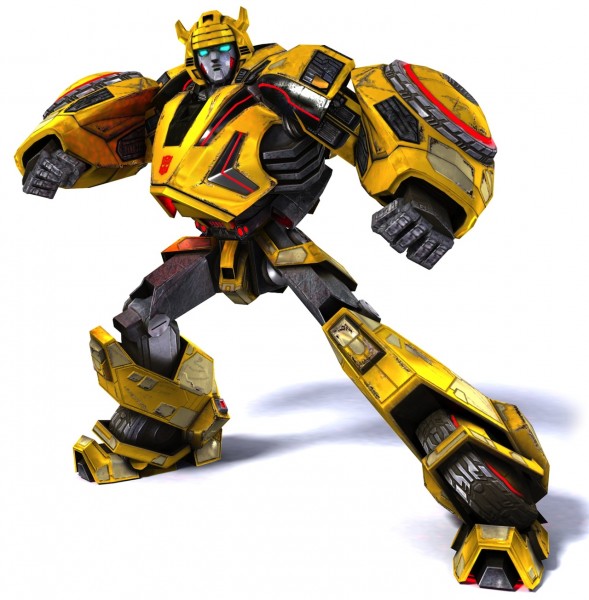 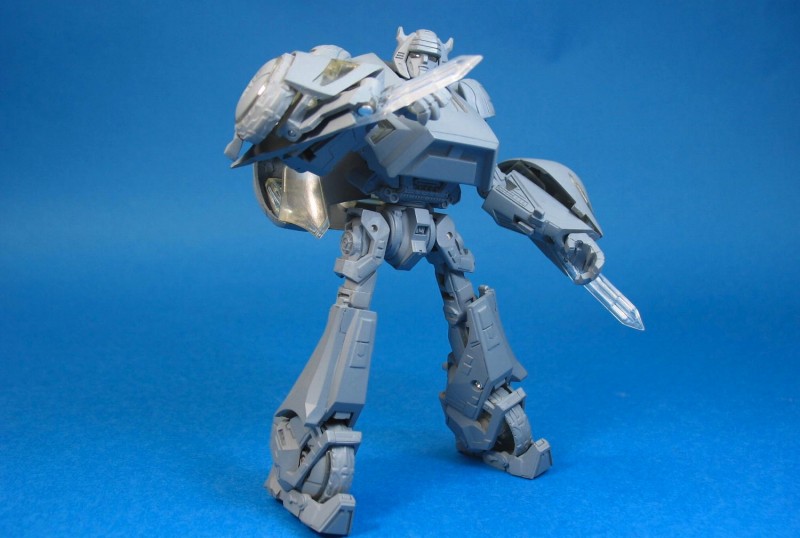