The Monkey King: An Interview With Andy Serkis Actor Andy Serkis is no stranger to a motion capture studio. A skilled thespian, Serkis has provided motion capture for films like King Kong, Peter Jackson’s Lord of the Rings trilogy (as Gollum), and Steven Spielberg’s upcoming The Adventures of Tintin film. Serkis also portrayed King Bohan in 2007’s Heavenly Sword. We took a few minutes to sit down with Serkis and talk about his most recent video game project, Enslaved: Odyssey to the West. We know you’ve working with developer Ninja Theory in the past, but we were curious how you got involved with them.

I was approach my [Ninja Theory co-founder] Tameem Antoniades, who got a hold of me because they were very interested in furthering gaming as a storytelling medium. They really wanted to take CG performances and make them emotionally engaging and make the stories in gaming mean something more than they had in the past. That’s what interested me. Up until that point, I hadn’t really been much of a gamer, but, you know, as my children were beginning to start playing games, I started to notice the gaming scripts that were out there. They were sort of eye-candy – they looked marvelous, but they weren’t very emotionally moving. They didn’t have anything to say at the end of the day. It really opened my eyes to the idea of wanting to be involved in producing a game that was better than that. So I was really pleased to have the opportunity to work with Ninja Theory in that way, but also I think that the thing they wanted me to do was come to the project with a fresh eye, and having not experienced many games before, look at their project from a dramatic perspective and a storytelling perspective. So we sort of opened each other’s eyes in that respect.

So when they started working on Enslaved, I know they asked you to come and help direct the story sequences, but you weren’t originally going to star in the game. Is that correct?

That’s right. My role in Heavenly Sword, actually, was that of dramatic director, and so I was going to go into that process a second time around, kind of doing the same thing. Outside of video games I’m starting to direct more and I’ve set up a performance capture studio here in the U.K. But actually, the more we started to work on the game, the more that I felt challenged by Monkey as a character. I saw the artwork and I saw how he was coming together as a character and I said, “Look, it kind of makes since for me to do this, and if you agree I’d kind of like to have a go at it.” I think that secretly they were all kind of pleased about it.

Were you familiar with the original story Journey to the West beforehand?

I was familiar with the story. I had never read the novel in its entirety before, but I knew the basic elements of the story and what it was about. I had to brush up on it, because my knowledge about it kind of came from the ’70s TV version, which obviously only partially represents the original novel.

When you are working on a game as opposed to a film, what do you think are the main differences between the two mediums?

I don’t really think there is a difference. I think that is a bit of a myth. When you are working as an actor, whether you’re doing it for a live action film, or for a stage play or for a video game, you’re inhabiting that role and believing you’re that character and you’re emotionally connecting with that role, and ultimately you’re telling a story. That’s the basis of it. Immediately after we finished shooting Enslaved, I went off to shoot Tintin and I can honestly say there is no difference. If I had been given the role of Monkey for a live action film, I probably wouldn’t have approached it any differently.

You’ve played a lot of different monkey-like characters, with King Kong, Monkey, and even a role in the upcoming Planet of the Apes, how do you feel about getting to play so many primate-like characters?

I suppose that’s one side of what I’ve been doing, but alongside that I’ve been playing a lot of other characters as well. I think I balance that out. Recently I just played Ian Dury in a film called Sex & Drugs & Rock & Roll, [who was] a punk musician. And I was in a Charles Dickens miniseries last year, so yeah, you know I do balance that out. I take your point though. I suppose what I love about this kind of work is that it does offer the opportunity to completely transform yourself, and even transform physically, and I intend to carry on doing that.

We know that you have a bit of a theater background. Have any of the skills you learned while on stage transferred over to your work in games?

Absolutely. Without question. Working on a performance capture stage can be quite clinical and dry, but if you can flesh out and find an internal emotional ballast for your characters then you’re not thinking about anything else – it doesn’t matter that you’re working inside a black box. In fact, when we were doing Heavenly Sword we ran the entire game as a theater show before we shot it. In terms of learning the pace of it and learning the story – when it sort of starts to fall apart – and so forth, it was like doing a run-through of a play, which was very, very helpful.

That’s interesting. Did you do the same thing for Enslaved then?

We didn’t do the same thing for Enslaved. But that was a very different thing. It was a little more intimate, because most of it was just me and Trip, and it was all about our relationship; we didn’t actually have Richard, who played Pigsy, until much later on. Logistically that’s why we didn’t, though we did work through the scenes much like a kind of theater rehearsal.

You’ve done a couple games now; do you think you’ll keep working on more games in the future?

Oh, I hope to, yeah definitely. 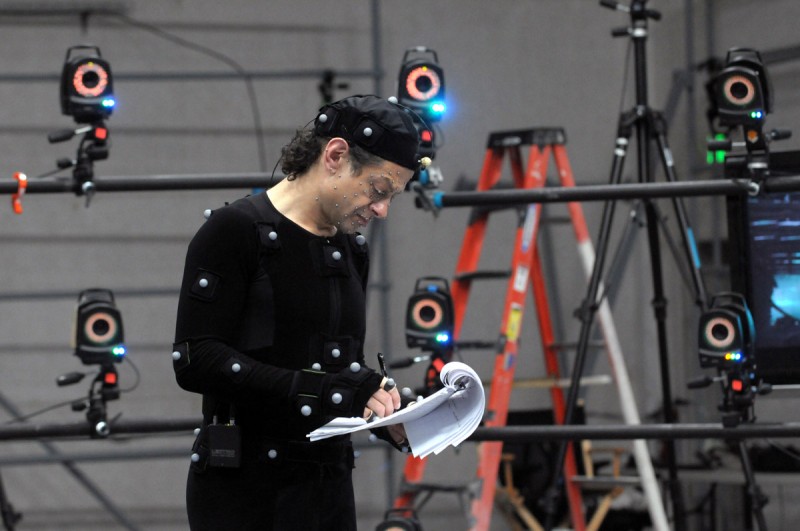 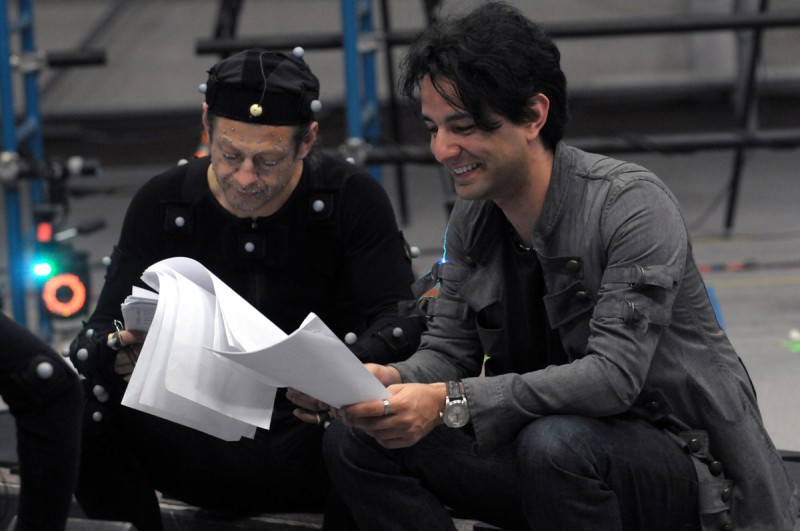 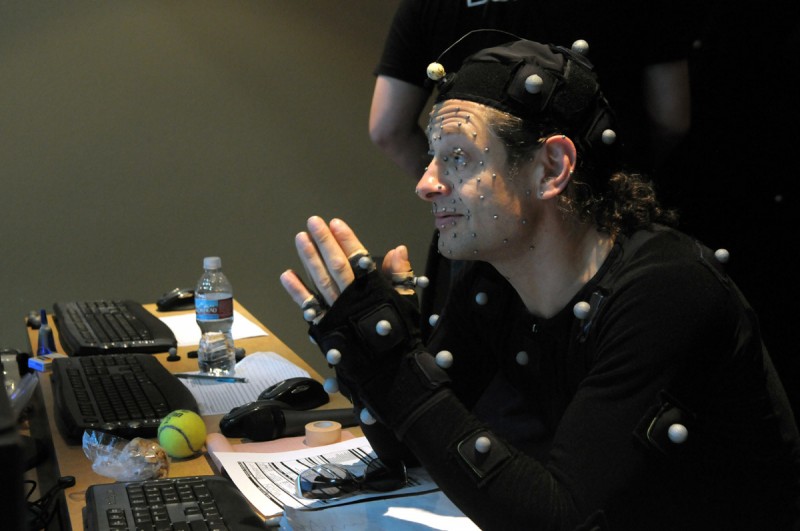 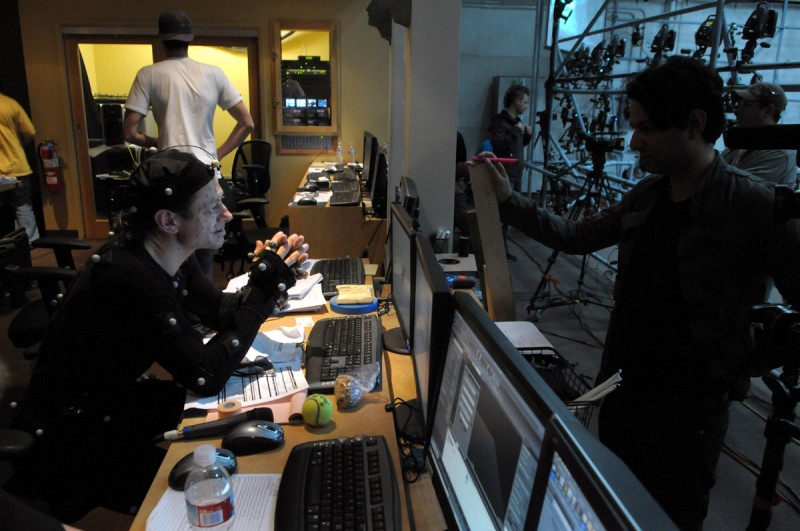 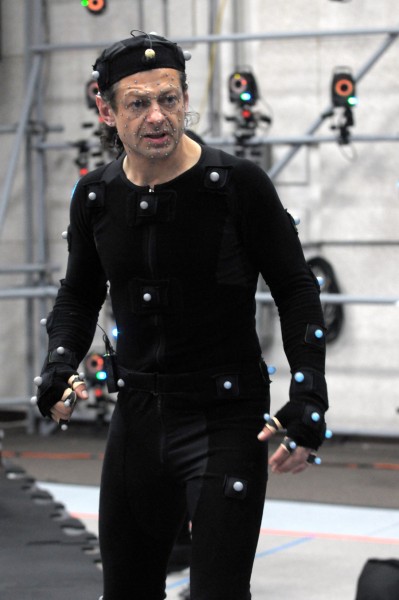 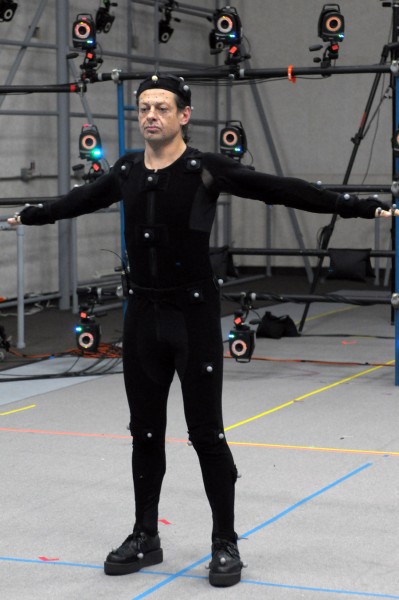