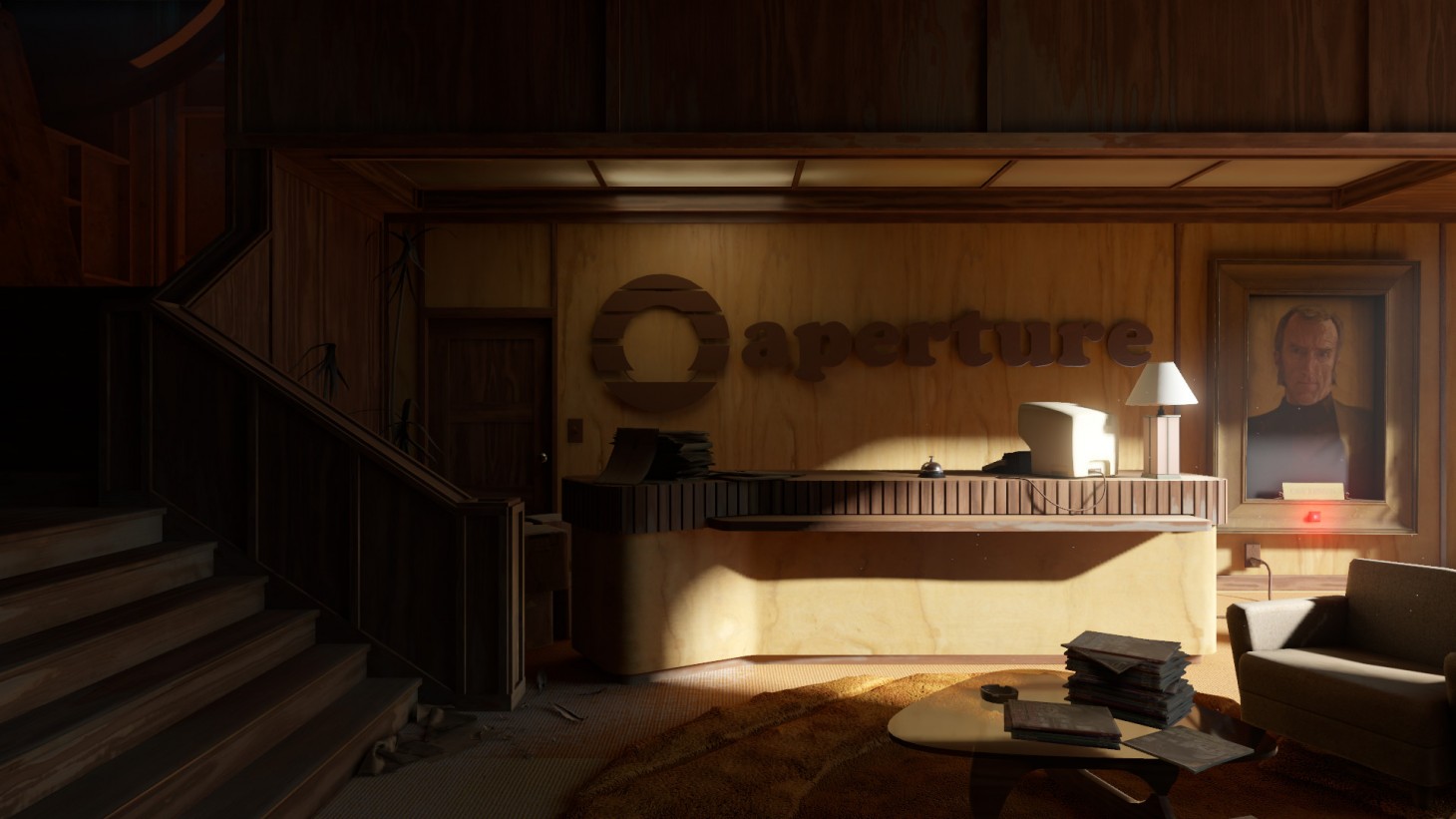 On February 25, 2022 Valve quietly premiered a trailer for a game called Aperture Desk Job. The video intentionally didn’t explain what the game was, but beyond including the word Aperture in the title, it was clear it took place in the Portal universe. The end of the trailer revealed it would be releasing only a few days later, and it would be free.

As promised, the game released on March 1 and it feels like nobody played it, which is a shame because it is a fantastic, “Playable Short,” as Valve refers to it.

Aperture Desk Job doesn’t have portals in it, but it is a Portal game. It features an established Portal character, as well as a new character named Grady, voiced by one of my favorite comedians (and maybe yours after you watch the clip below), Nate Bargatze.

Perhaps the most compelling pitch for the game for a Portal fan, though, is that it is canon. You spend most of your time with Grady, but you also spend time with Cave Johnson. Not only did Portal and Portal 2’s writers create more lines for the lemon-hating Aperture founder, but J.K. Simmons jumped into the recording booth to perform the new dialogue. Neither Cave Johnson nor J.K. Simmons’ participation was teased in the game’s limited marketing. It was a lovely surprise for me when I played, but I have decided to tell you because if you haven’t played yet, maybe that will push you over the edge to finally engage the download. 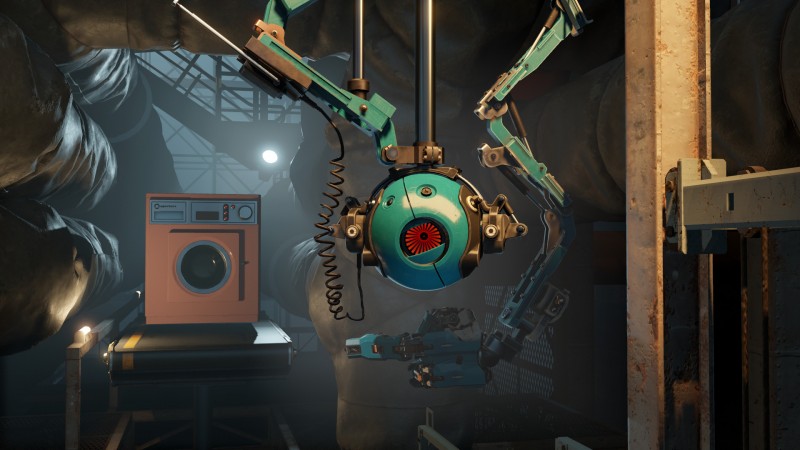 The whole idea behind Aperture Desk Job is it is meant to be a showcase piece for the Steam Deck. It is best played on Steam Deck as it takes advantage of the console’s various hardware capabilities, but it does not require the Steam Deck. The game was released at a time when Steam Decks were incredibly hard to come by, which may contribute to it being underplayed. Maybe many fairly assumed it required the Steam Deck. The comparison isn’t perfect, but it’s a little like Astro’s Playroom on PlayStation 5 – if it had also been released on PlayStation 4. And was criminally ignored.

I really underestimated how thrilling it would be to spend a little more time in the Portal universe and hear new Cave Johnson dialogue in Aperture Desk Job. It is a short experience, but it made me so happy. https://t.co/megzLkXZ1a pic.twitter.com/eyhFbetA7C

If you loved Portal as I did, there is no reason not to play. It’s funny and it inches the Portal story forward a little bit. I fear that if more don’t play it, Valve will point to it as a reason not to continue making games in the Portal universe. One completely random person on twitter said about it, “I really underestimated how thrilling it would be to spend a little more time in the Portal universe and hear new Cave Johnson dialogue in Aperture Desk Job. It is a short experience, but it made me so happy.” Wow, they sure sound smart.

Here’s a direct link to add the game to your Steam library. If you have a Steam Deck, try to play it there. If you don’t, play it wherever you can – it’s great, it’s short, and it’s probably the closest thing we will be getting to a new Portal game any time soon. 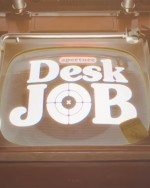