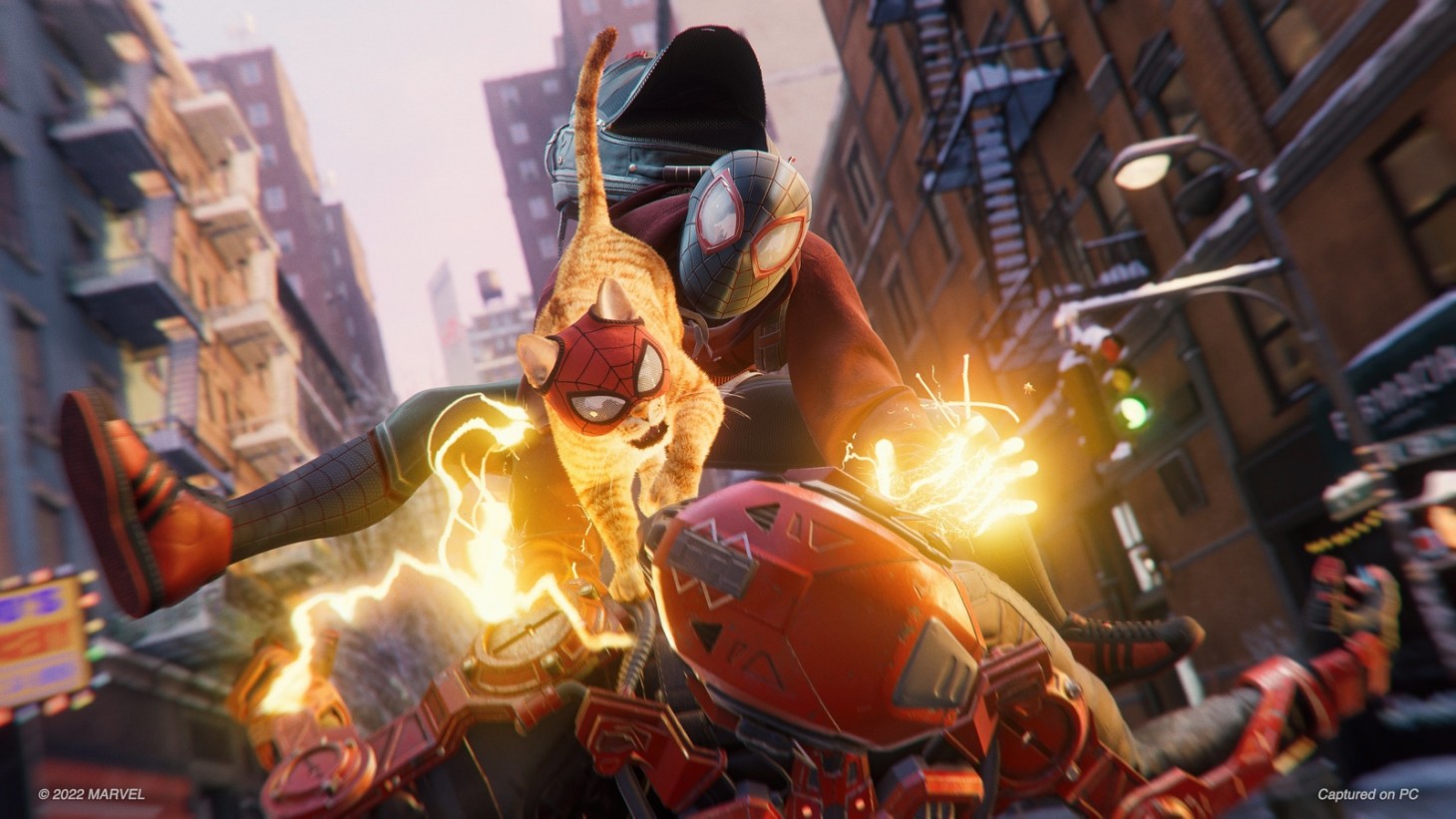 Marvel’s Spider-Man: Miles Morales is making its way to Steam and The Epic Game Store next month. On November 18, you can swing through Harlem as Miles from the comfort of your PC desktop.

Set one year after the events of Marvel’s Spider-Man, the story follows Miles as he battles the Roxxon corporation and the mysterious Tinkerer. A new trailer shows off the game’s PC features, which are comparable to the first Spider-Man game. Improvements include ray-traced reflections/shadows, unlocked framerate, ultra-widescreen support, Nvidia DLSS 3/DLAA support, Nvidia Reflex, and DualSense controller support. Check it out below.

Here are the PC specifications as well (click the image to enlarge).

We scored Miles Morales a 9 out of 10 when it was released in November 2020. Former editor Andrew Reiner wrote in his review that:

"For a second act, Marvel’s Spider-Man: Miles Morales satisfies. Taking to the web-line and soaring across a wintery New York skyline is every bit as enthralling as it was before, and Miles develops into a fantastic hero. This follow-up doesn’t have as much of a sinister punch, but it delivers some great plot twists and concludes with another eye-opening post-credits sequence that teases an exciting future for Insomniac’s Spider-Man series."