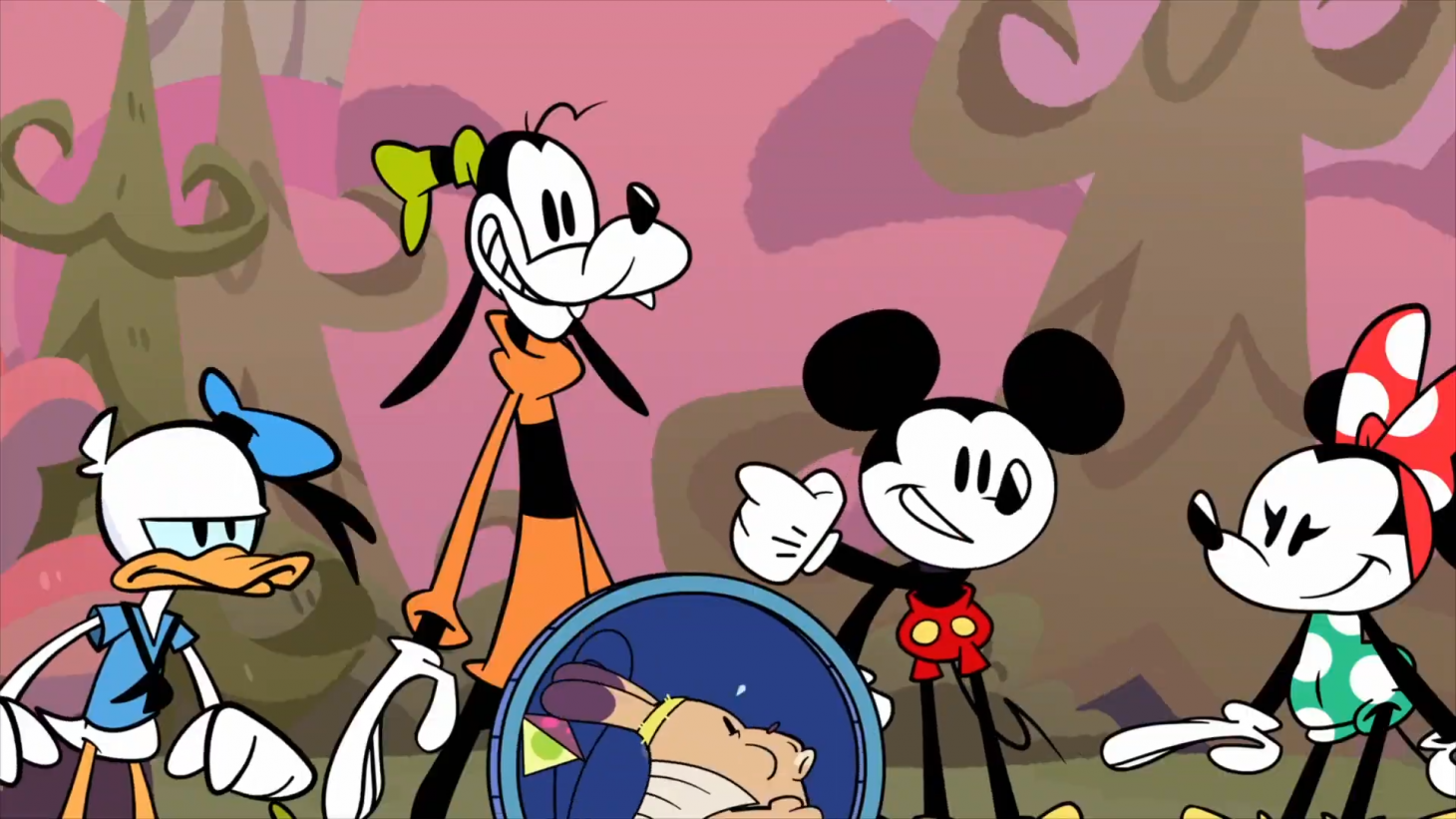 Revealed during today's Disney and Marvel Games Showcase, Illusion Island looks a lot like Disney's Mickey Mouse show that consists of various shorts starring original Disney characters like, well, Mickey and all of his friends.

It seems that in Illusion Island, we'll be controlling Mickey, Minnie, Donald, and Goofy based on what obstacles might be in our way. Mickey, for example, seems to be able to bounce off of walls, whereas Minnie has a grapple hook-like rope useful for clearing large gaps. Donald can swim – duh – and Goofy uses condiments (it kind of looked like mustard, but it might also be paint) to float and bounce above the stage below.

All of it looks like good fun, but it's not all smiles and happiness on Illusion Island. That's because our heroes must endure three trials to retrieve the coveted Book of Knowledge. We'll learn exactly what those trials are when Disney's Illusion Island hits Switch exclusively next year. 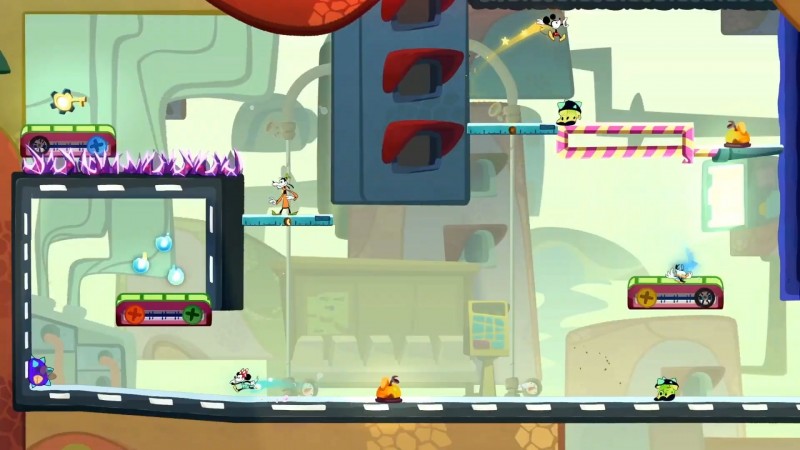 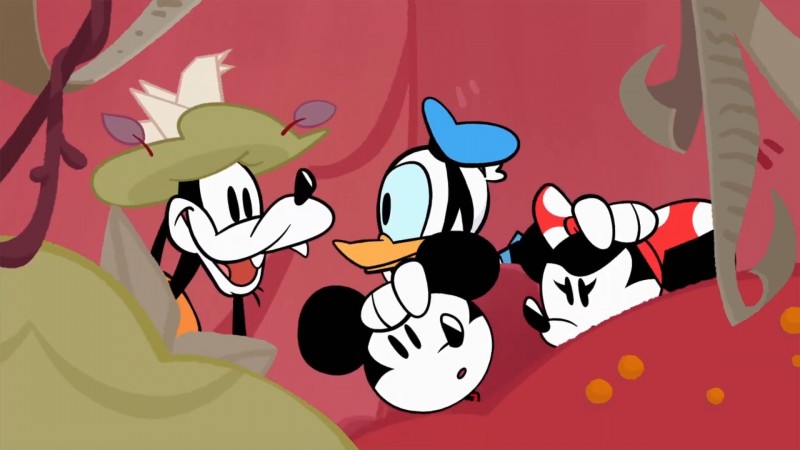 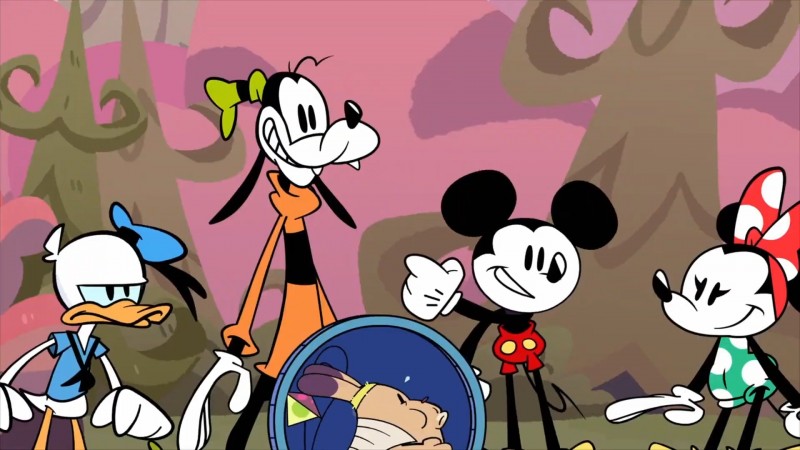 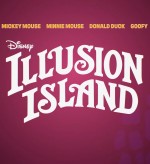