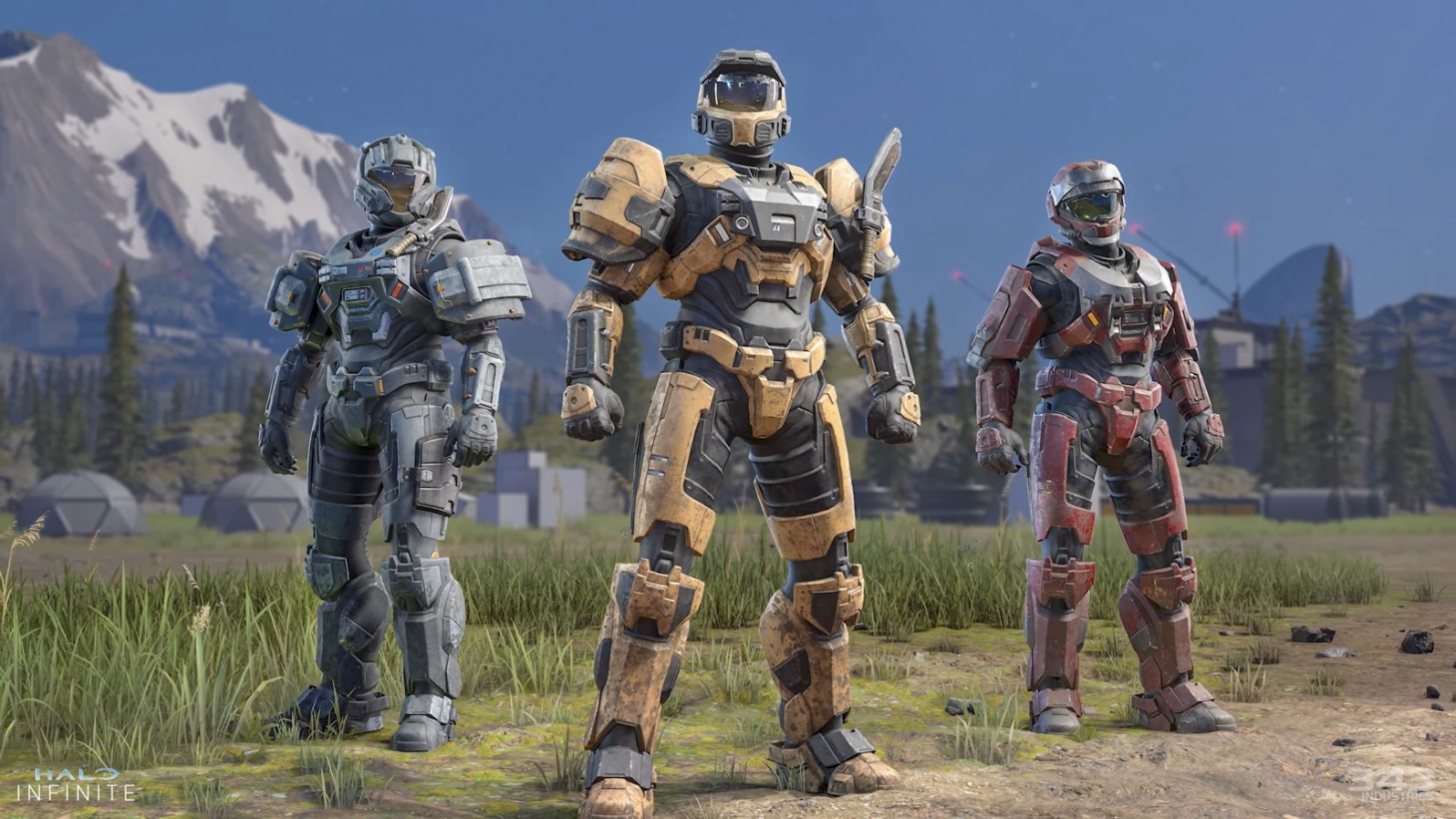 Halo Infinite’s long-awaited campaign co-op will finally arrive on November 8 as part of the game’s big Winter Update. 343 Industries released a video today running down what it calls its largest content update yet, breaking down the Forge Beta, new multiplayer maps, and more.

The biggest addition in the update finally goes live following a beta period in July. Campaign co-op, which supports up to four players, features cross-platform support, shared progression, mission replay, and a batch of new achievements.

However, campaign co-op will be online only. 343 announced that it has chosen to cease development on local splitscreen co-op to reallocate those resources towards quickly implementing online updates and improvements based on player feedback.

Despite launching in beta, 343 says Forge will be a fully featured creation suite. In fact, the two new multiplayer maps coming in the Winter Update were created entirely in Forge: Argyle and Detachment. 343 wouldn't share much more, but promises discuss Forge in greater detail via community updates in September and October.

In terms of multiplayer, the Winter Update introduces a free 30-tier battle pass along with the new Match XP beta. Match XP will be the primary method of progressing through the battle pass, rewarding players simply for playing, regardless of modes and takes into account your victories and performance. Since it's in beta, 343 will tweak how Match XP is doled out based on player feedback.

Additionally, a round-based mode called Covert One Flag will be introduced. It pits two teams against each other: the attacking squad's loadout consists of unlimited active camo, sidekicks, and carbines. Defenders sport unlimited threat sensors, energy swords, and commando rifles. 343 says the mode is inspired by "spies vs mercs", as attackers work to infiltrate the defenders' territory. 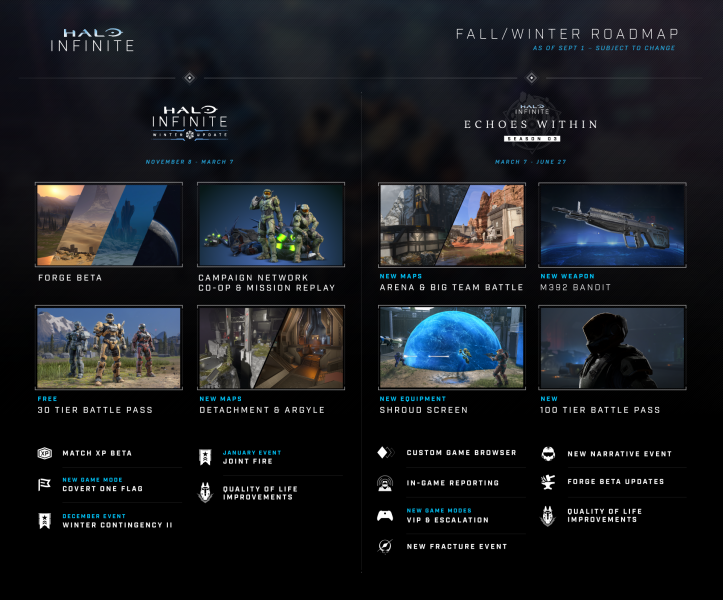 343 has also teased Season 3, dubbed Echoes Within. It’s launching on March 7 and will mark the beginning of a more predictable season schedule with more seasons, and thus more content, arriving each year. Echoes Within will add the following:

Will you be diving back into Halo Infinite when the Winter Update arrives? Let us know in the comments!