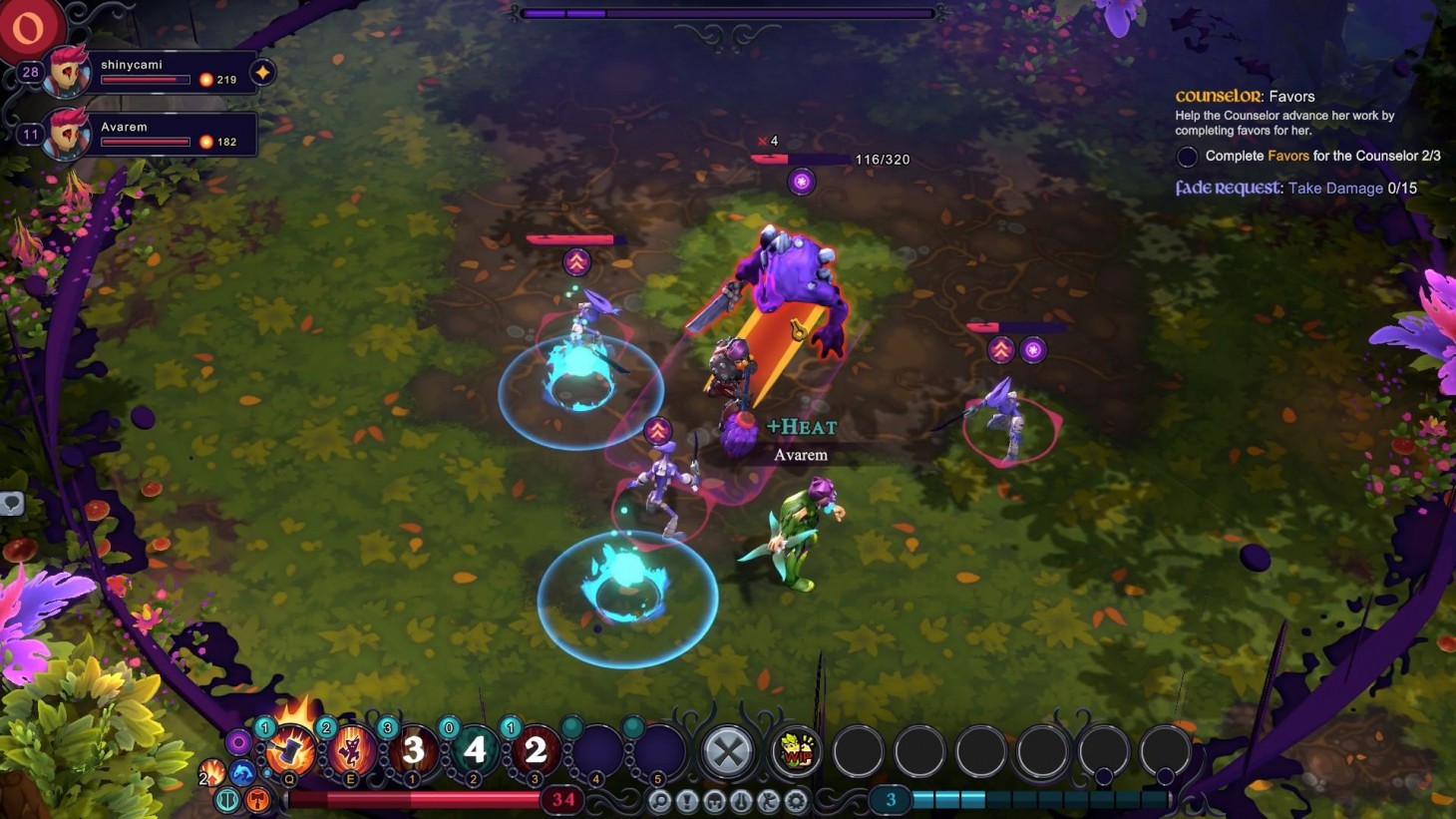 The team behind Monster Train has been hard at work on their newest twist on the roguelike formula. The studio’s earlier project found players navigating a train on its way through hell, using deckbuilding card mechanics to fight one challenging battle after the next. In Inkbound, the team has held onto the roguelike formula, but almost everything else is going in a new direction.

Players each control a character making their way through a magical world called Atheneum, a place from which countless stories emerge and come to life. Players enter realms defined by books and help to shape and define the worlds and narratives within. Drawing inspiration from isometric RPGs and MOBAs, each player moves through the fictional lands and paints the ground with area-of-effect powers that aim to bring down the creatures encountered along the way.

Inkbound can be played solo or with up to four players simultaneously. In the turn-based tactical battles that ensue, Shiny Shoe is experimenting with an intriguing approach that allows multiple players to act simultaneously.

The focus is on character growth over the course of a given run through new powers and bonuses, but you can also collect glyphs that carry over between your runs; glyphs can be spent in any given session to open up new missions, paths, or other beneficial situations, but there’s also more to spend in a given run than glyphs you can earn, so it’s critical to save those glyphs for a run-through where they’ll make a difference.

Each player can specialize their efforts around a preferred playstyle or experience with an initial class selection, and the classes I learned about were surprising and unusual. The Magma Miner is a heavy melee-oriented brawler who sets enemies on fire. The Mosscloak is a fast-moving fighter specializing in critical hits or fast strikes. The Obelisk carries double shields and, unsurprisingly, helps to tank for the party; the more damage they take, the more this class can dish out. And the Weaver creates threads to enemies that damage and debuff, with a clear drive toward setting up elaborate combos.

Aesthetically, Inkbound’s isometric presentation is bright and inviting, with vibrant color and light usage, mildly cartoony visuals, and a frenetic pace to exploration and combat that keeps the action light and breezy. At certain moments, it reminded me of visual palettes I’ve seen in games like Torchlight and World of Warcraft. In the battles I witnessed during an early demo, characters would emerge into rounded arena spaces in which battles would unfold. Success often came down to a mix of good upgrade selection ahead of the fight and smart positioning while confronting the many monsters that show up.

Whether with card decks or isometric turn-based arena fights, strategy roguelikes live or die by tense decision points, challenging but balanced combat, and clever upgrades that let you overcome seemingly impossible odds. Shiny Shoe has already proven its ability to iterate and build a game of supreme depth and challenge with its last project. Inkbound is still early, but my glimpse suggests the team is applying the lessons it learned and shaping a new project that might be just as fascinating as its last, albeit with a completely different look and vibe.

Inkbound is aiming for release in 2023 on PC. 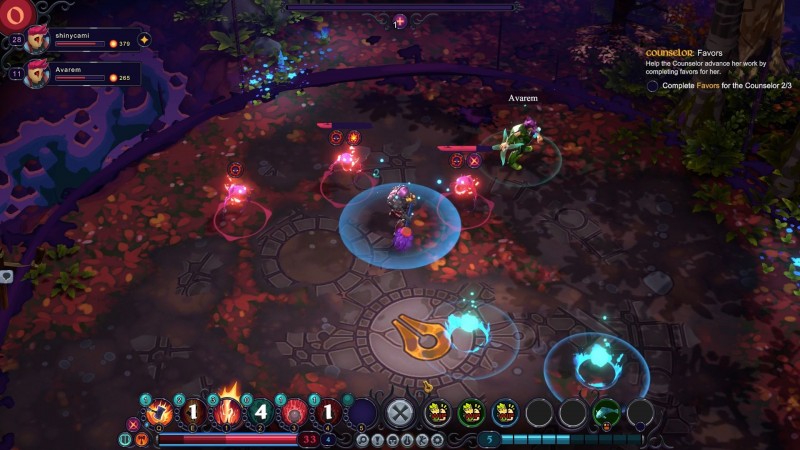 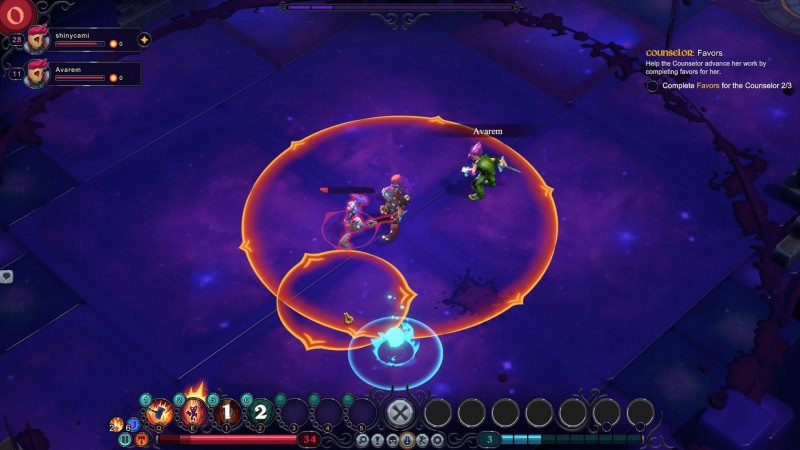 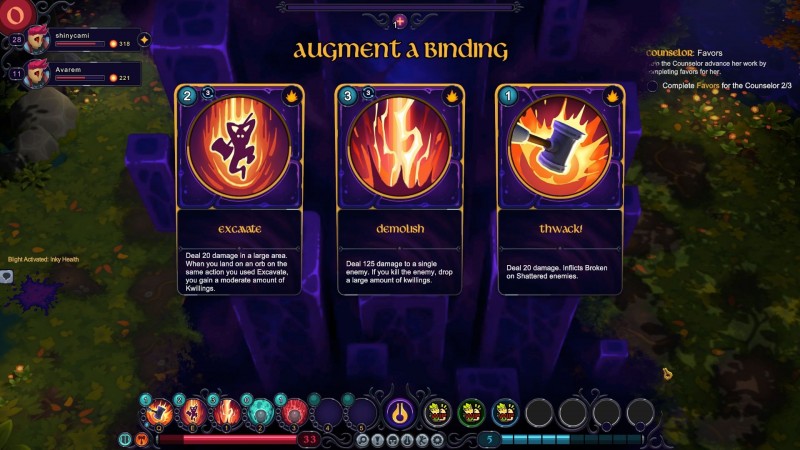 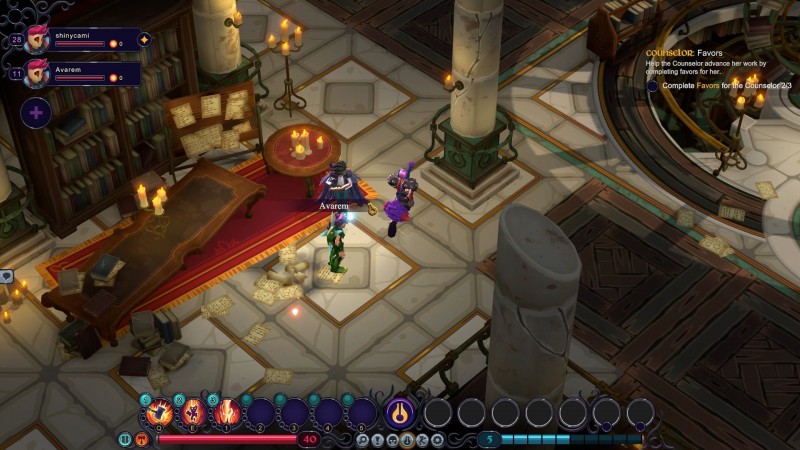