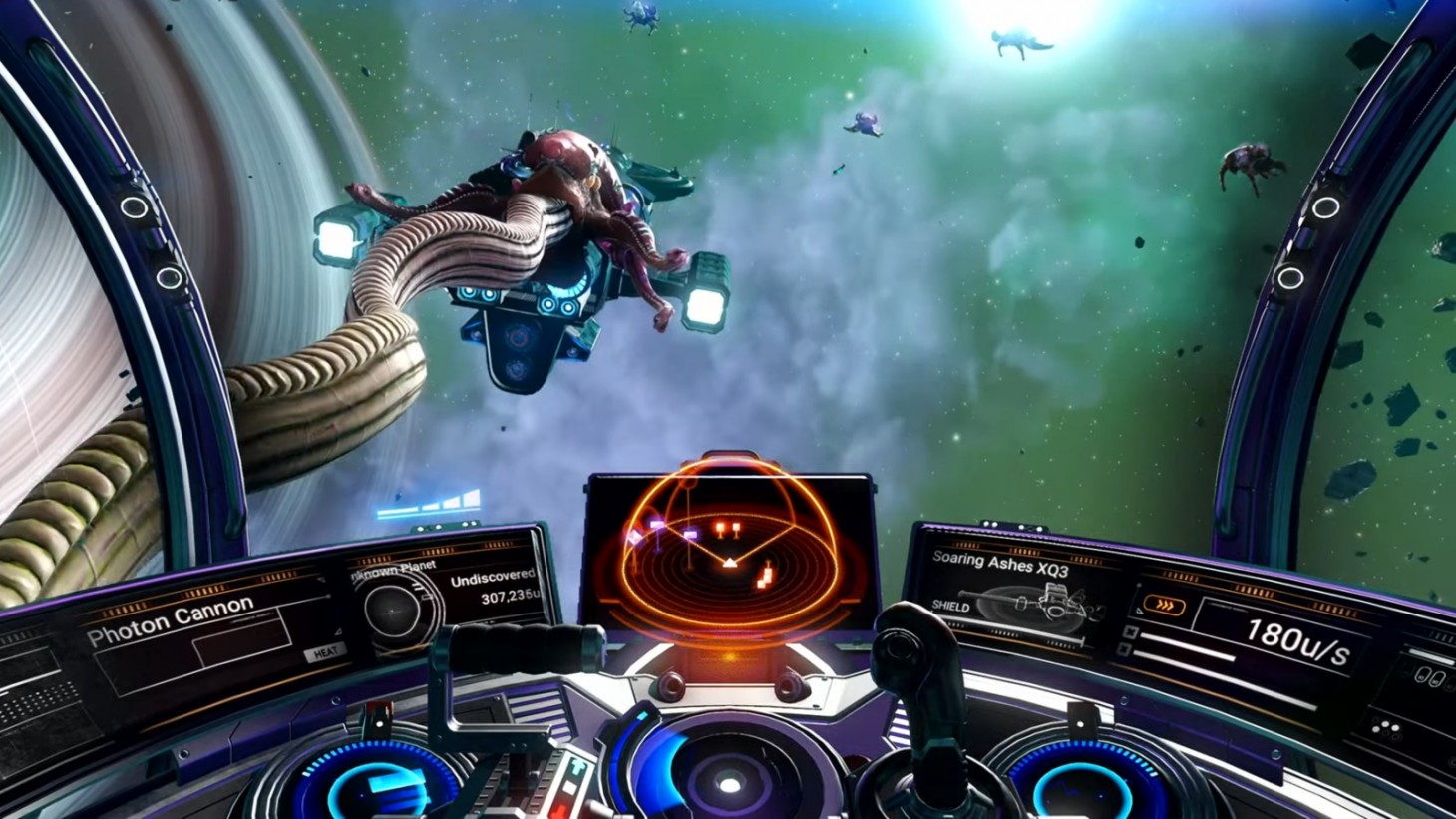 Players can oversee their brigade from a new bridge on their ship deck and now have instant access to teleportation rooms. Players can spacewalk on exterior walkways on their ship, which will provide views of the denser, more varied asteroid fields. Constructing manufacturing facilities lets players produce food and other resources, and you can construct other massive structures upon your capital ship. Perhaps the coolest of all is the ability to collect dreadnaught-sized aliens known as living frigates. Check out the trailer below for a glimpse of these features and others.

Endurance goes live today in all versions of No Man’s Sky. Hopefully, that will include the upcoming Switch version, which launches on October 7.